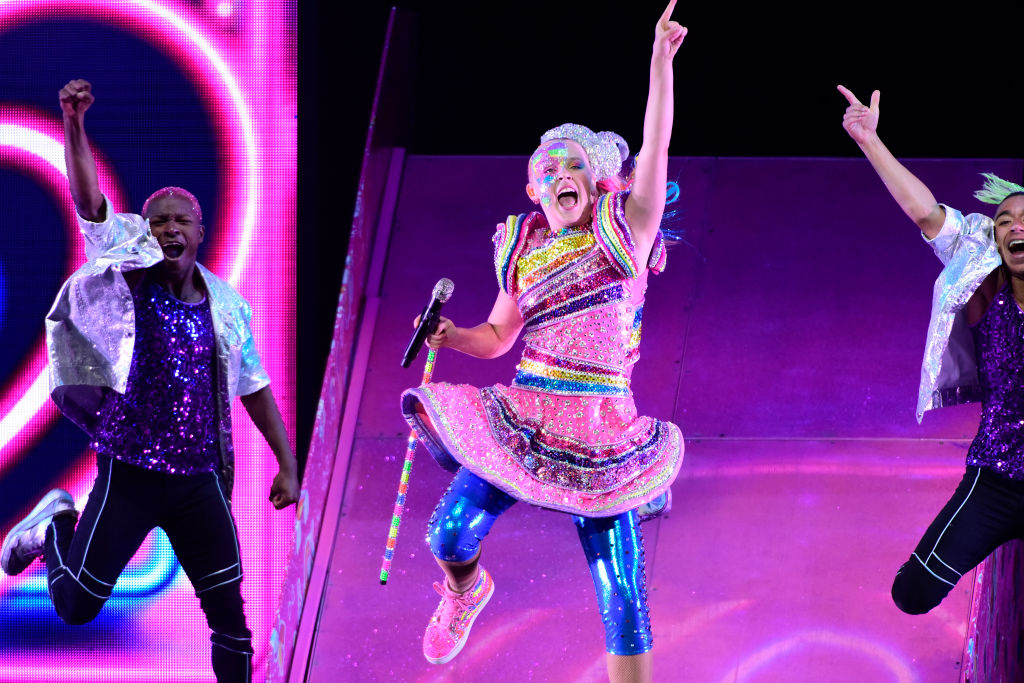 Internet sensation Jojo Siwa revealed that she is in a relationship with a new person through a TikTok video. Even though fans were mostly ecstatic for the girl, some actually took the time to mock and taunt the young teenager.

IN a TikTok video where they swapped clothes, JoJo Siwa introduced her boyfriend Mark Bontempo to her fans. He is none other than the younger brother of social media star Madison Botempo.

If Jojo Siwa only introduced him to her fans, Mark Botempo certainly make it official. He uploaded another TikTok video with Jojo Siwa and added the hashtag, #NatioanlGirlfrienDay.

Fans were not as happy as they should be, though. Many of the Twitter reactions could be quite annoying if Jojo Siwa reads them.

The reactions show them claiming why Jojo Siwa could have a boyfriend, and they did not have one, as if the influencer does not deserve to be happy. This sentiment was repeated several times; wherein twitter users actually said they were upset that Jojo Siwa could get a boyfriend ahead of them!

Jojo Siwa has a boyfriend and you and I don't. Let that sink in. — Cassia Campbell (@CampbellCassia) August 4, 2020

idk why Claire just had to remind me that "jojo siwa has a boyfriend and you do not". This is true but very rude — Laura (@Official_LauraC) August 4, 2020

jojo siwa has a boyfriend and i don't... what the fuck — sammtehrani (@samtehraniiii) August 4, 2020

Some tweets are already quite mean.

Some also grouched that they thought Jojo Siwa is gay and wanted to be the LGBT community icon, so they are quite disappointed with the boyfriend news. There were some who said that the boyfriend could not be real, a true beard because she definitely has a girlfriend hidden somewhere.

jojo siwa has a Boyfriend and idk but i had really convinced myself she was gay — (@phroggit) August 2, 2020

Then there are also some positive reactions. Most of them who love Jojo Siwa just accepted the fact that she now has a boy in her life, regardless if they thought she was too eclectic to have one or she was a lesbian, to begin with. These supportive fans tweeted out their support and claimed that they would come for the guy if they found out he has hurt her.

One fan, however, found the true beauty of her reveal. The fact that Jojo Siwa and her boyfriend did their reveal through a Tiktok video, swapping each other's outfits, showed that they could not care less about gender norms.

With her penchant for rainbow colors in her outfit, wearing different colored-pieces all at one while sporting a big bow in her head, as well as having a larger-than-life personality, Jojo Siwa has acquired a fan base through the years. However, it also her acquired her a reputation - that she is not normal, so first, a normal guy can't fall for all those colors and loudness, and second, she's the embodiment of all that is young gayness. Both reputations got shattered because of this boyfriend, hence all the troll remarks and hate.

Her poplarity meant new doors opening. She landed a regular role in the "Dance Moms" series in 20150. she then started working with Nickelodeon.  Her show was called "The Jojo and BowBow Show Show,. She was also in the "Lip  Sync Battle Shorties," and the Angry Birds movie sequel through her voice.

She has won Kid's Choice Awards four consecutive years, each in different categories, to show how well-rounded she is and how multi-talented. Naturally, in the eyes of the viewers, she'll be this forever colorful, loud kid, but she has to grow up. So she did.