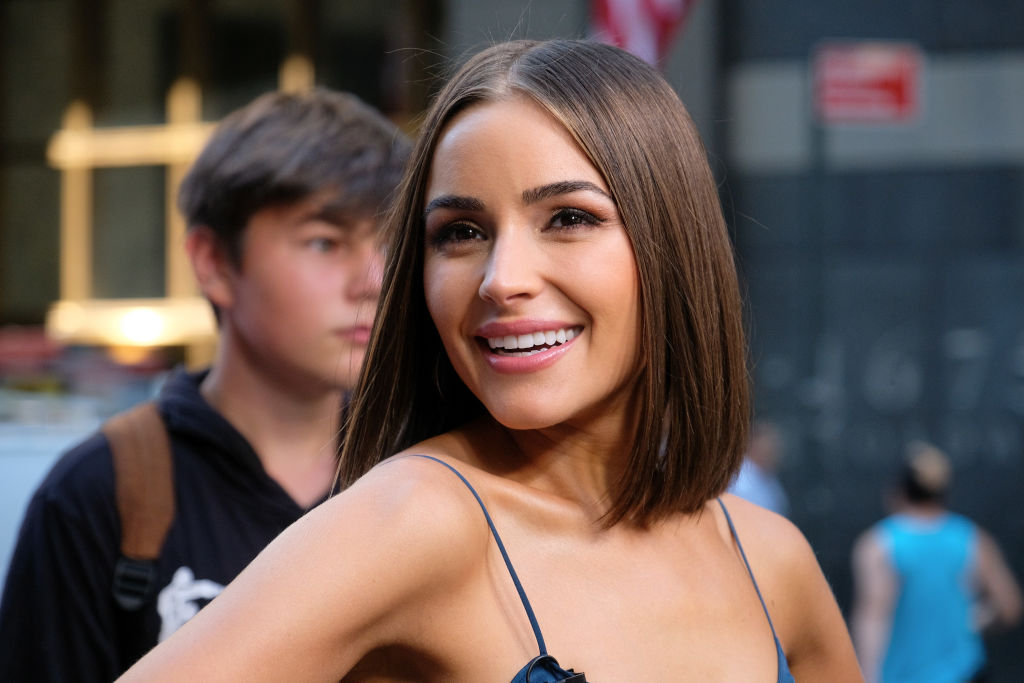 After winning Miss Universe 2012, Olivia Culpo has made a name for herself in the fashion and entertainment industry.

From being a pageant girl in Cranston, Rhode Island, the 28-year-old stunner has appeared in movies and graced numerous magazine covers like Cosmopolitan, Esquire, Harper's Bazaar and, most recently, Sports Illustrated.

View this post on Instagram
WOW! I really am speechless and this still doesn’t feel real. I am so grateful for every experience I have been able to have with my @si_swimsuit family. Thank you so much @mj_day - your warmth and genuinity is unparalleled and I have learned and grown so much. It’s been an honor to be surrounded by so many amazing and strong women. The second swipe here is a vision board I made about 4 years ago before I had ever even shot for sports illustrated. I cut out pictures from a huge SI coffee table book I bought and glued my face on it I was debating sharing this but figured if this huge milestone can mean something to someone else out there then it’s an even greater blessing for me. To anyone who sees this, never stop visualizing and striving for what you want. Don’t lose hope and remain focused and persistent. 4 years ago when I was pasting these images onto a poster board it was me sitting on the floor with my glue stick and scissors shooting for the stars and it felt completely unattainable. I just hope this can show anyone out there that their goals, big or small, really can come true and that you deserve it. Thank you to everyone who has helped me achieve this dream and to all the other dreamers, never give up ️ I love you guys!!! A post shared by  Olivia Culpo (@oliviaculpo) on Jul 13, 2020 at 7:16am PDT

Aside from her modeling career, Culpo seems to be lucky in the love department, as she is currently dating Carolina Panthers running back Christian McCaffrey.

According to HollywoodLife, the two met through a mutual friend and started dating in the summer of 2019. However, they have kept their relationship low-key and private.

Rumors sparked that the two were an item after they were spotted vacationing in Cabo back in July.

"They met through mutual friends. Things are going great between them. It has been an easy fit because they like a lot of the same things like working out and having dinners with friends," a source told Us Weekly.

However, it was not until October that their relationship became Instagram official after the football player posted a video that showed Culpo making him breakfast.

Meanwhile, in her recent interview with Us Weekly, the former beauty queen revealed that if she's not living in Los Angeles, she would be based in Charlotte, North Carolina where the NFL player is currently residing.

Olivia Culpo's Turn On and Turn Off

In addition, Olivia Culpo also spilled the tea and spoke about what she loves and hates in a partner.

The former Miss Rhode Island USA -- who grew up "very close" to her family -- mentioned that she's a "sucker for anyone who has a good relationship with their family."

Unfortunately, the deal-breaker for her is dating someone who uses too many swear words.

"When it comes to dating, I don't like anyone who swears too much," she told the magazine.

With that said, it sure looks like Olivia and Christian are a match made in heaven.

Back in July, the NFL superstar took to Instagram to congratulate his girlfriend for landing the cover of the sports magazine.

"When your gf is on the cover of @si_swimsuit, you do a victory lap on a paddleboard," he wrote alongside their photo paddleboarding in the middle of the ocean.

It appears that McCaffrey is a super proud boyfriend, as he also posted Culpo's solo cover on his IG Stories with the caption: "Congrats to the queen. WOW! I really am speechless and this still doesn't feel real," alongside the former Miss USA's SI cover."

When her magazine was released, the "I Feel Pretty" actress mentioned that it's such a huge milestone for her since it has always been her dream to appear in SI.

Moreover, she also shared a photo of a vision board she made four years ago along with "cut out pictures from a huge SI coffee table book" which has her face glued on it.

"To anyone who sees this, never stop visualizing and striving for what you want. Don't lose hope and remain focused and persistent. 4 years ago when I was pasting these images onto a poster board it was me sitting on the floor with my glue stick and scissors shooting for the stars and it felt completely unattainable," Culpo wrote.