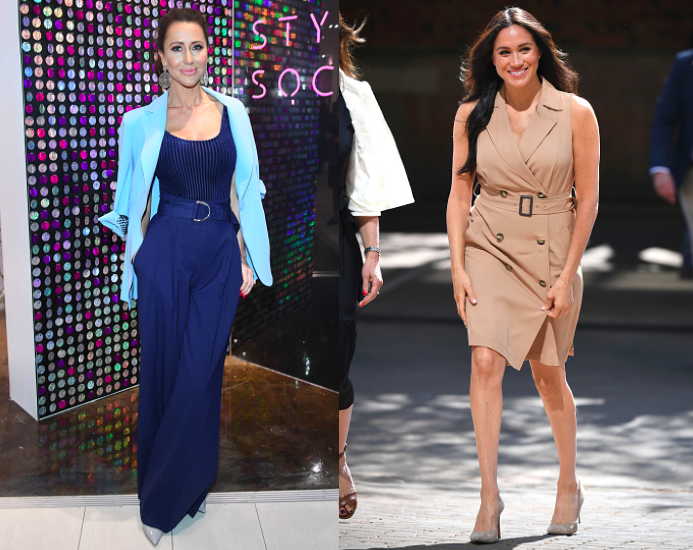 The former best friend of Meghan Markle is finally making her comeback to Instagram.

Jessica Mulroney broke her silence after months of being silent on her social media accounts following the backlash after being exposed in a disagreement concerning race.

On August 11, the stylist celebrated her twin sons birthdays, Brian and John, and shared a video of her hubby Ben Mulroney carrying a cake.

In a sweet message to her sons, she said, "Happy 10th to my twin babies. My incredible family has had to witness mom in the worst state."

"These two boys have not left my side and gave me the will to live and work hard when everything fell apart. They deserve the best birthday. Only up from here."

Many fans were quick to welcome her back to Instagram, with one supporter writing, "You made a bad judgment call. But you are human. We all make mistakes. Sadly yours cost you more than they cost most people in your industry."

Though she got a few more positive messages from followers, an insider told The Sun that it wasn't a coincidence that Mulroney decided to post something on her Instagram on the same date that Prince Harry and Meghan Markle were releasing their explosive biography "Finding Freedom."

As per the unnamed insider, "As soon as she posted this, people immediately began DMing to each other in both media and social circles, here in Canada - and beyond - which, let's face it, was probably exactly the reaction she wanted."

They added, "Jessica certainly does not miss an opportunity, for it to be on the same day as the release of Meghan and Harry's biography "Finding Freedom. It's a good attempt to steal some of the thunder."

Exeter explained that the TV host took personal offense when she encouraged her followers to be vocal about the Black Lives Matter movement.

Mulroney assumed the statement was direct to her, leading her to allegedly reach out to brands working with Exeter, claiming that the influencer "mistreated her."

A week later, Jessica Mulroney posted a public apology to Exeter for "jeopardizing her livelihood," and "for a disagreement that got out of hand."

"I also know this is not about me, nor should it be about me. It is about the Black community that has been subject to racism, discrimination, and violence for far too long."

She also concluded by saying she's stepping away from social media and that she'll be handing the microphone to Black voices by letting them take over her account.

After Jessica Mulroney's public apology, she used her time away to "rehab her public persona" by "talking to lawyers, image experts, and crisis PR teams."

A source said that "She has been putting a lot of them over to her house to brainstorm and find a way to put that behind her."

In a previous article by New Idea, it was revealed that the Duchess of Sussex distanced herself from the fallout since she has already put herself in front of the Black Lives Matter movement.

Insiders told the publication that Meghan Markle has already cut ties with Mulroney, with the Canadian rumored to be preparing a bombshell "tell-all" book about the Duchess, who is "the gatekeeper of every single one of Meghan's secrets."