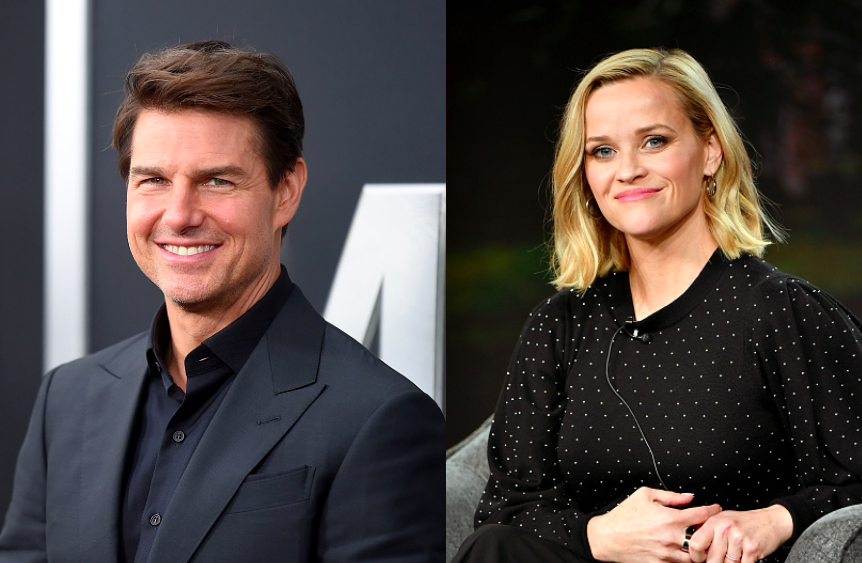 Is Tom Cruise desperate for another big break that he wants to work alongside Reese Witherspoon?

According to the National Enquirer, the 58-year-old is eager to collaborate with Witherspoon to revamp his image.

She and his ex-wife, Nicole Kidman are close, since they both work on "Big Little Lies."

According to a source who spoke to the publication, "Tom's been very impressed with Reese's work and has approached her to work on something together."

Tom Cruise's alleged plan is to change his action star façade to something different.

Though the "Legally Blonde" star is said to have been flattered by the offer, the "Mission: Impossible" actor has been "laying it on a big thick," adding, "He's been acting like she's his best friend - which freaks her out because they barely know each other."

Cruise is allegedly jealous by Kidman's additional career boost after she teamed up with Reese Witherspoon for the hit HBO show.

Unfortunately, people close to Witherspoon warned her of the implications if she helped Cruise, saying it could rattle her friendship with the Australian-born actress.

"When Nicole finds out, she'll be gutted. She's confided in Reese about how miserable Tom made her, but business is business to Reese."

According to Gossip Cop, however, the entire story by the National Enquirer is fiction. Tom Cruise didn't contact Witherspoon about collaborating, and her friendship to Nicole Kidman isn't in danger because the entire thing is not true.

Looking at it now, Tom Cruise's career is looking just fine. The actor seems to enjoy working on action movies that he even does his stunts. More importantly, it may seem like the action is more for him than romance ones.

A few days ago, it was reported that he didn't allow anybody to run alongside him because it would make him slow down his running while filming. This only means he cares more about his image than anything else.

Currently, Cruise is working on "Edge of Tomorrow 2" and "Mission: Impossible 7."

When it comes to his ex-wife Nicole Kidman, the actress has been doing just fine even before she starred alongside Witherspoon on "Big Little Lies."

Kidman was even nominated for an Academy Award for "Lion" just before the HBO show aired.

Her production company is also working on an adaptation of the bestselling novel, "Where the Crawdad Sings." Though she is busy with everything going on in her life, none of those projects involve Tom Cruise.

It was also reported that Gwyneth Paltrow is making a comeback movie with Tom Cruise to "reignite her acting career."

A source told the National Enquirer, "With Goop generating so much bad press, Gwyn's looking to get back into her comfort zone and relaunch her acting career."

"And what better way to make a splashy comeback than to reunite with Tom Cruise?"

Gossip Cop, however, has claimed that this story is bogus as well.

While Paltrow was last seen on the final "Avengers" movie, she is doing fine with her lifestyle brand. Each time, she has something unique to release, which shocks everybody.

It's weird and exciting at the same time.

READ MORE: Bye, Brad Pitt? Angelina Jolie Plans to Move to the UK With Their Children