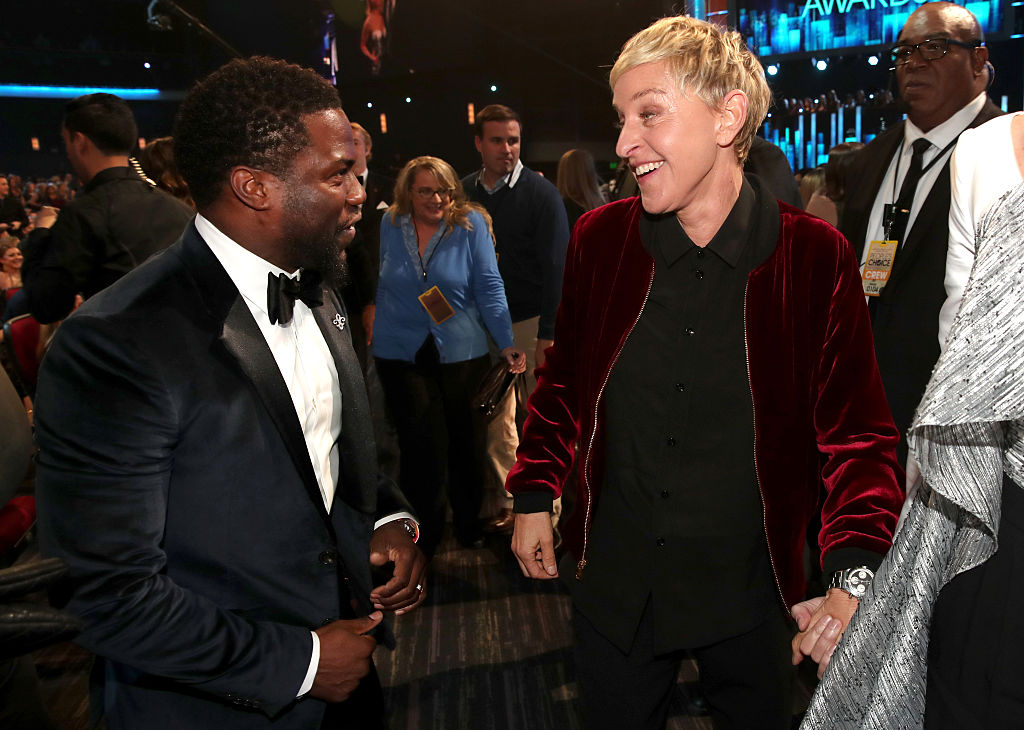 Kevin Hart is defending his friend Ellen DeGeneres from public backlash for the second time.

In an interview with Deadline, Kevin Hart called out the negative side of cancel culture. He said that it's essential to be accountable for your actions, but it should also be a teachable moment.

"If people have done something wrong, the idea of canceling those people, and ending whatever career or thing they have.. if it's just over, then what's the teachable moment for them?"

He added, "What, it's over, and then you can't do nothing else for the rest of your life because you made a mistake?"

"What happened to the days of making a mistake, learning from the mistake, not doing that, and educating others on what not to do because of your mistakes?"

Hart opened up about his decision to "Queen of Mean" Ellen DeGeneres and Nick Cannon, even if he's getting a negative spotlight on him.

"I don't lose sight of the definition of friendship, and in our business, it's one that people don't hold on to."

The comedian expressed how many real relationships in his life are the ones that he's always adamant of speaking on behalf of.

"I know the people that both of them are, and knowing the people, all I can say is my experiences with those people."

Kevin Hart said that he doesn't take away from what others are talking about and what his friends have done.

"In times like this, I also know how dark it gets. I know how lonely it gets because I know these are times when people just turn their back on you."

He concluded by saying that "When it comes to Nick, and it comes to Ellen, I know who they are, and I know they've been for the years that I've been around them."

His statement comes being photographed enjoying lunch together with Ellen DeGeneres in Montecito, California.

In a heartfelt post on Instagram in early August, he described DeGeneres as the "one of the dopest people on the f******g planet."

"The Ellen DeGeneres Show" former employees came forward last month with allegations that the show has a toxic work environment. Since Warner Bros' investigation, three executive producers have been terminated from the show.

Ed Glavin, Jonathan Norman, and Kevin Leman were let go after being accused of sexually harassing employees and bullying them.

Season 18 of the talk show host will premiere on September 14, and Ellen DeGeneres has reportedly apologized to her staff of 200 in a videoconference.

She told them that she is adamant in ensuring the bullying and toxic environment ever again, but is apologetic and expressed sorrow for hurting their feelings.

The comedian has also praised the Nation of Islam leader Louis Farrakhan and his ideology, saying that "people don't have melanin are a little less."