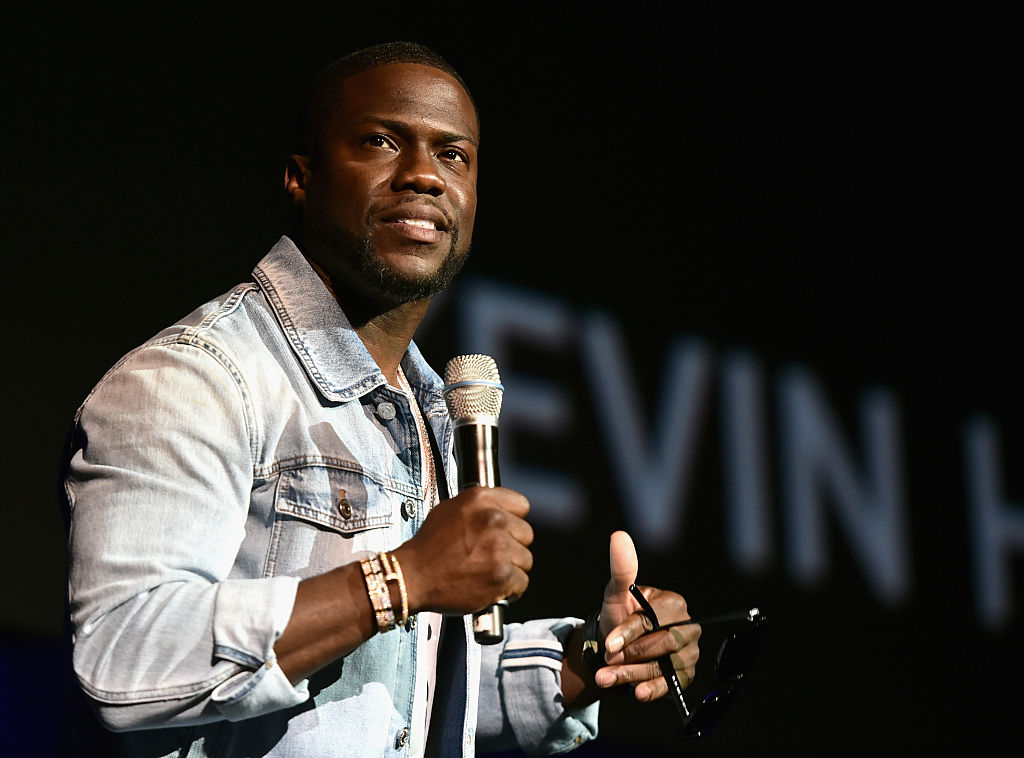 According to the comedian, he was diagnosed with COVID-19 early this year.

The 41-year-old star made the revelation at a comedy show for Dave Chappelle's "An Intimate Socially Distanced Affair."

An insider dished out to Page Six that Chappelle shelled out $100,000 on COVID-19 rapid testing for the attendees of all the outdoor shows he had this summer.

This past weekend the "Jumanji" star revealed, "The problem is that I had it around the same time as Tom Hanks, and I couldn't say anything because he's more famous than I am."

On March 11, 2020, Tom Hanks and his wife, Rita Wilson, tested positive for the coronavirus and recovered months later.

That same month, Hart was active on his social media accounts and even shared pictures of his family while they were all in quarantine.

In one photo with his wife Eniko and kids, Heaven (15), Hendrix (12), and Kenzo (2), Hart took to Instagram to say, "Find a positive in every negative. This will make us all better. Let's love as much as we can and truly appreciate these moments together."

After that, Kevin Hart has been surprising doctors, nurses, and other frontline workers fighting the COVID-19 pandemic. He even offered one doctor a walk-on role for his next film and also surprised a nurse with $10,000 and food donations for her entire team.

Kevin Hart's coronavirus diagnosis came less than a year after being hospitalized for ten days following a car crash.

The "In the Mix" star was a passenger in his 1970 Plymouth Barracuda when it slid off Mulholland Highway and traversed into a ditch in Malibu Hills, California.

According to authorities, the car was driven by Jared Black, the fiancé of Eniko's personal trainer, Rebecca Broxterman.

Early this year, the actor downplayed the seriousness of injuries that he got from the accident.

Speaking on the Joe Rogan Experience podcast about the car crash injuries, Kevin Hart revealed, "I lied in the hospital because I didn't want them to know that I was having pain because I thought that they were gonna stop me from letting me continue my walks."

He added how he had the walker and had slow walks but was dragging himself. He kept going because Hart reportedly didn't want to stop trying.

The "Fast and Furious" actor ultimately had to have three of his spine merged in emergency surgery and was later followed by weeks of a rigorous rehab program.

Things are looking good for the actor in his personal life as he is about to welcome a new child with his wife, Eniko.

Eniko revealed the news in March early this year, along with a black-and-white picture of her growing baby bump.

In May, they announced the gender of the child they're expecting and revealed that it's going to be a girl.

Eniko Parrish is an American actress, an Instagram influencer, and a TV model. She started her career way before meeting Kevin Hart by building her platform on Instagram.