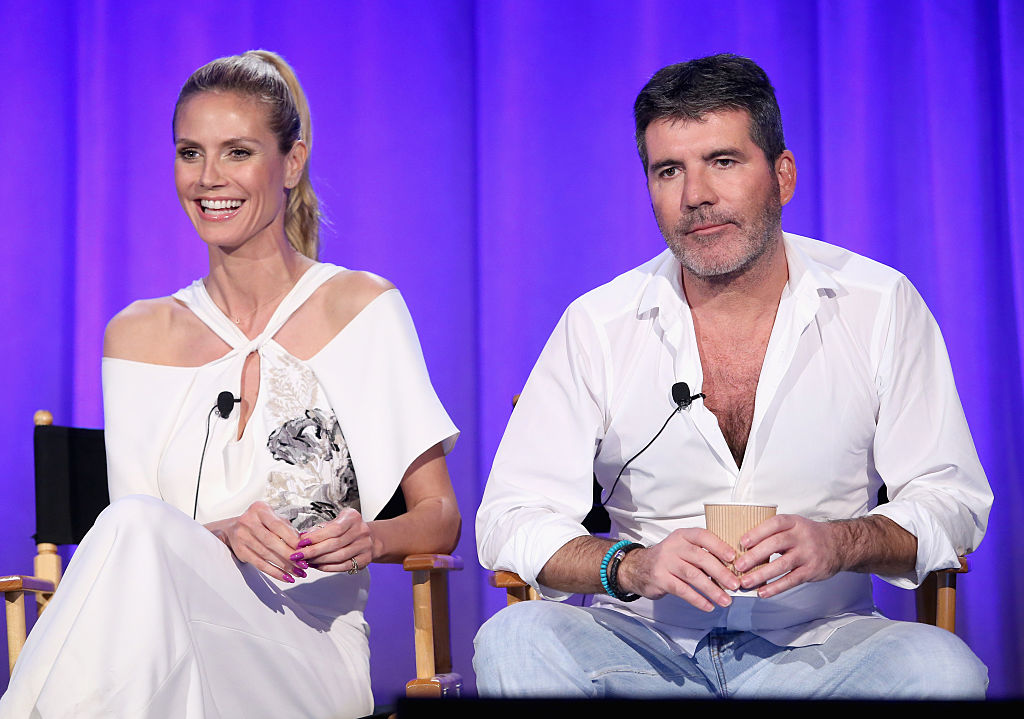 Is Heidi Klum taking the reigns of "America's Got Talent" from big boss Simon Cowell?

Sources told Star Magazine that because of Simon Cowell's injury and broken back, AGT judge Klum has taken charge of the talent reality show, which resumed taping just last week.

The American-German model gets the same salary as her fellow judges, Sofia Vergara and Howie Mendel, that an insider titled, "You wouldn't know it from the way she's been acting."

The source further tattled that the 47-year-old blonde bombshell has been talking over her fellow judges at meetings, messaging them all the time sharing her ideas, and even went as far as dictating their work schedules.

"She's elbowing Howie and Sofia to the side, and it's not cool - especially for Howie, who has way more seasons under his belt than she does. He's bent out of shape".

With the 60-year-old Brit's fate in "America's Got Talent" unknown, Heidi Klum being the big boss will only continue.

"Everyone's going to have to put up with Heidi's bossy ways until her returns. 'The sooner, the better,' they say."

On August 9, Simon Cowell was rushed to the hospital after a freak accident with his electric bicycle that left him with a back injury.

Representatives of AGT told People Magazine that the accident happened on a Saturday afternoon as he tested the newly-purchased vehicle at his Malibu home with his child.

The music mogul broke three vertebrae and had a steel rod inserted in his back. Since then, the dad-of-one has been resting at home and take time off AGT.

A few weeks after his six-hour emergency surgery, The Daily Mail published photos of Cowell traveling in a car's back seat for a hospital check-up.

Shortly after the accident, Cowell took to Twitter to reassure his fans that he was fine.

"If you buy an electric trail bike, read the manual before you ride it for the first time. I have broken part of my back. Thank you to everyone for your kind messages."

Simon Cowell also tweeted his "America's Got Talent" co-stars to tell them that he missed them as he watched the show from his mansion.

Aside from AGT, Cowell is also part of "Britain's Got Talent" and was able to get some love and support from his co-star Alesha Dixon.

"We're all devastated and worried about Simon but the positive thing is he's in good spirits, and Lauren says slowly he's on the mend, so I've got my fingers and toes crossed that, come to the live show, we can hopefully have Simon on the link because we love him."

It's also been confirmed that the music mogul friends have started calling him "The Terminator" as he continues to rest.

An insider spoke to The Sun and said, "One of his friends joked that the metal holding him together makes him 'The Terminator' - which amused Simon."

"He won't mind if that sticks, but the main thing is that he's on the mend."