On Tuesday, Kim Kardashian, Kris Jenner, and the rest of the Kardashian-Jenner members released a statement saying that the end of "Keeping Up With the Kardashians" is near.

The family-oriented show is finally ending after its epic 14-year run.

In a statement released by the main sister, Kim Kardashian, who has been on the show since she was 25 years old, said that the decision to end it was a "family decision" and added that all E! series which has been filled with a fair share of good times and drama over the last decade.

"After what will be 14 years, 20 seasons, hundreds of episodes and numerous spin-off shows, we are beyond grateful to all of you who've watched us for all of these years,"

"Through the good times, the bad times, the happiness, the tears, and the many relationships and children. We'll forever cherish the wonderful memories and countless people we've met along the way." 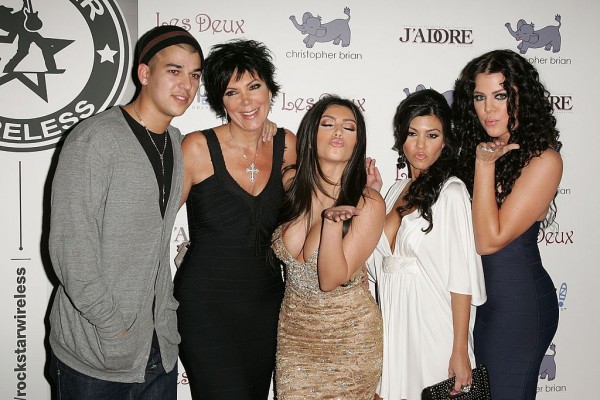 After the announcement, momager Kris Jenner trended on Twitter after fans shared theories about what the 64-year-old has on her radar post-KUWTK.

One fan suggested, "Now that kuwtk is ending, kris jenner will finally have the time to create the vaccine for corona."

Another said, "Kris Jenner on her way to find some new kids to film 'Keeping Up With the Kardashians' with her."

But one person reminded the fans, "the devil works hard, but Kris Jenner works harder," and "canceling #KUWTK is prob part of a larger business scheme."

Many fans believe that the matriarch is "definitely planning something." They speculate that though the Kardashian-Jenner kids will be out of the screens after the 20th season, fans are confident that it will not be the end of Kris Jenner on screen.

Jenner might head over to join "Real Housewives of Beverly Hills."

One fan suggested that the mom-of-six should "do the people a favor and sign up for #RHOBH."

The Jenner Communications CEO is not new to the Bravo franchise. In July, she made a brief appearance of the "Real Housewives of Beverly Hills" to attend a benefit event for the Children's Hospital of Los Angeles that was held in Kyle Richards' home.

Her brief cameo sparked excitement and intrigue among viewers of the hit Bravo show, with one fan saying she had "chills" seeing Jenner on the series, while others say they would "love" to see her be part of RHOBH.

The end of "Keeping Up With the Kardashians" may have something to do with Jenner meddling in the drama, fans suggest.

After Kanye West's erratic outburst at the presidential rally in South Carolina, many fans think that Jenner is the problem's source.

Who could forget West referring to Jenner as "Kris Jong-Un," the North Korean Leader?

The rapper also savagely criticized Jenner's parenting, referencing when Kim Kardashian did a playboy photoshoot with her in 2007.

According to sources close to the stars, Kanye West has reportedly had enough of Kris Jenner's behavior, and it's something that he will no longer tolerate.

"Kanye is convinced Kim's mother Kris has got it in for him and that she's the main source of all their problems."

Many fans also believe that the momager controls her kids and publicizes a ton of their private life for their reality show.

However, the Kardashian-Jenner clan may have just reached their breaking point, and deciding that the best thing to do at this time is to say goodbye to their beloved show.

READ MORE: Dynamite' Revelation: BTS Will Not Do What Justin Bieber Hopes They Will Do

Tags: Keeping Up With The Kardashians kuwtk kris jenner The Real Housewives of Beverly Hills RHOBH
© 2021 EnStars.com All rights reserved. Do not reproduce without permission.
Most Popular
You May Also Like

Kendall Jenner may or may not have "danced all night", but her My Fair Lady inspired 2021 Met Gala Dress has us all begging for more in the best way.

Kris Jenner Gives Son Rob Kardashian an Ultimatum to Do This? [Report]

One source believed that Kris Jenner had given her son, Rob Kardashian, two choices: either he gets a job, or she will cut off his regular allowance.

Kanye West and Kim Kardashian are reportedly working on rekindling their relationship privately.

Though Kim Kardashian and Kanye West are in the process of their divorce, the reality star reportedly still wants to be go by KKW.

Kim Kardashian is about to land a new gig.

Khloe Kardashian is in the middle of a controversy that may or may not hurt her and her family's brand.