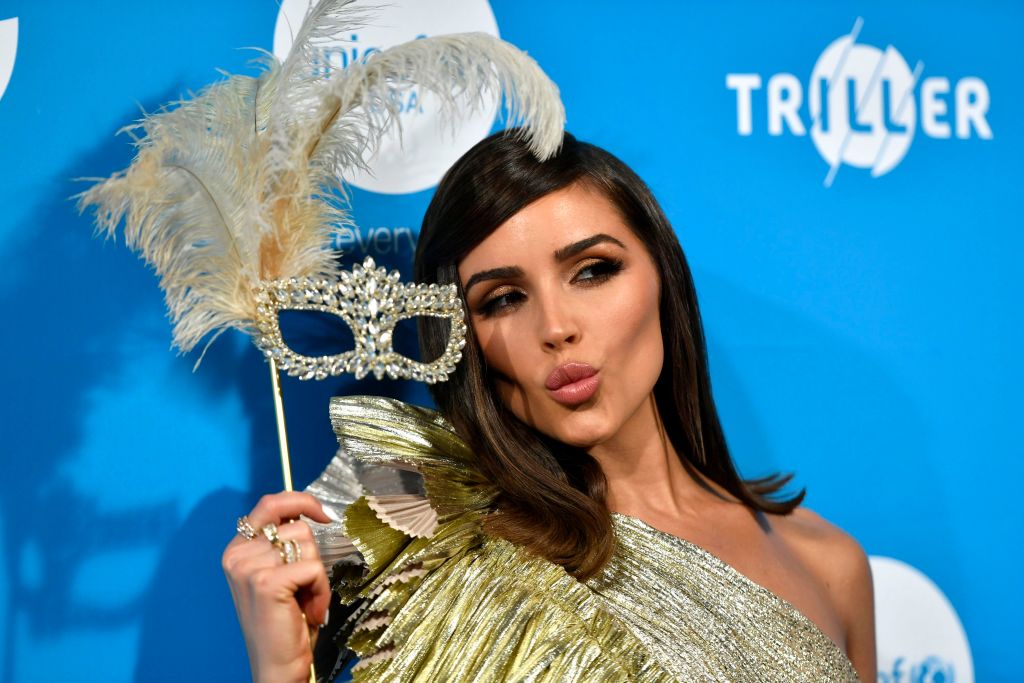 Olivia Culpo marked the start of 2020 NFL season for Christian McCaffrey with a steamy snap.

For over a year, Culpo has been supporting McCaffrey in the sweetest and sexiest way. Before the Las Vegas Raiders played the Carolina Panthers on Sunday, Culpo shared a couple of mind-blowing photos of them.

On her official Instagram account, the 28-year-old model shared a photoset where she can be seen straddling and making out with McCaffrey in the water.

In another snap, the couple -- who celebrated their first anniversary in June -- puckered up while showing their magnificent backdrop.

The Panthers running back, who signed a four-year, $64 million contract extension with the Panthers in April, welcomed the season Sunday against the Raiders with a touchdown.

Although the Raiders defeated the Panthers with a 34-30 score, McCaffrey finished the game with 96 rushing yards and two touchdowns.

Despite the Panthers' defeat, fans still congratulated the running back on the model's comments section, which now has 140,000 likes as of writing.

"The Panthers lost, but he's still winning," one fan said.

Another one wrote, "You two are so adorable! Love the pics."

As incredible as it sounds, McCaffrey and Culpo found their way to each other when they started following one another in April 2019.

The event came after the former Miss Universe broke up with Lions wide receiver Danny Amendola in 2018.

The two sparked more relationship rumors after they were spotted together, looking like a real couple, in July 2019. During their trip to Cabo San Lucas, Mexico, multiple news outlets shared snaps of the two holding hands.

Three months later, Culpo personally showed support to McCaffrey by wearing his jersey when she watched the San Francisco 49ers play the Panthers. Unfortunately, Christian's team lost with a 51-13 scoreline.

The two never publicly spoke about the real score between them early in their relationship. But in December 2019, Culpo opened up to People Magazine and revealed that her relationship "is going really great."

"We have so much in common," Culpo said the night before the 2019 Miss Universe competition. "It's really easy for us, so I'm grateful."

In June 2020, the supermodel and the NFL star spent some time out after staying at home due to lockdown protocols.

Culpo shared a heartwarming message on Instagram by writing, "You had me at fried chicken sandwich."

"Get a room," the NFL star's mother, Lisa McCaffrey, joked.

The supermodel truly has a close relationship with McCaffrey's family that she freely hit back in the comment section and said, "We're going on vacation next week but don't worry, I booked us separate rooms #virgins."

Both McCaffrey and Culpo support each other through ups and downs. With the opening of the new NFL season, fans will surely see more of their sweet moments online.