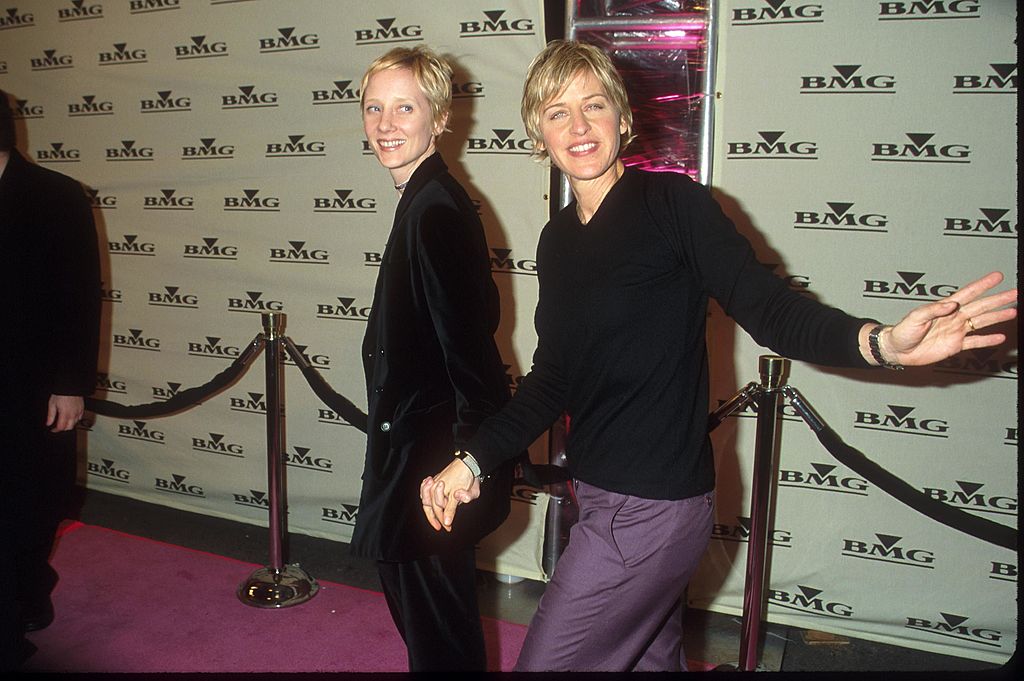 The pair dated between 1997 and 2000, and after Ellen DeGeneres announced she was gay, the couple also announced they were together. They were one of Hollywood's most well-known couples at a time that an open, same-sex relationship between ladies was not the norm.

Though she no longer talks to her ex-girlfriend, Heche has a few things to share about their time together.

In a Mirror report, the "Dancing With the Stars" star revealed, "When I met Ellen, she was beaming light. There was nothing that could have shone brighter than who she was in the center of that room. I'll never forget."

"Our time was a beautiful part of my life and one that I wear with honor. I was a part of a revolution that created social change, and I could not have done that without falling in love with her."

Prior to being with "The Ellen DeGeneres Show" star, 51-year-old Anne Heche worked in blockbuster movies such as "Six Days, Seven Nights" and "Donnie Brasco."

However, it's not her acting achievements that became the talk of Tinseltown, but instead, it was Heche's relationship with DeGeneres.

Anne Heche claims that her career suffered immensely due to her relationship with the LGBTQ+ icon and coming out as gay.

The two reportedly met at a Vanity Fair party shorty before DeGeneres' coming out episode premiered, and the premiere for Heche's new movie, "Volcano."

She decided to take DeGeneres to the film's opening night, but the bosses reportedly threatened to be "fired" from a movie she just signed up to be part of, "Six Days, Seven Nights" alongside Harrison Ford.

Speaking to the "Irish Goodbye" podcast, "I took Ellen, we were told that my FOX contract would be extinguished, and I would be fired."

"And that the movie that I had just met Harrison Ford on wouldn't hire me. And we went to the premiere - these are the stories that I know people don't know."

Ellen DeGeneres and Anne Heche still went to a movie premiere that they weren't allowed to be seen together but went anyway. However, Heche revealed that they were escorted out of the theater during the movie's final act and into the limo.

They were reportedly reminded that they couldn't take pictures together during the press junket.

The following day, the two were fired from their respective jobs.

While DeGeneres had already earned herself a big name in Hollywood thanks to her stand-up comedy, Heche was relatively new to the scene and had all her cards on deck with "Six Days, Seven Nights."

Luckily, Heche has an ally, Harrison Ford, who has always backed her from being removed from the film.

Eventually, the film turned out to be a moneymaker for the studio.