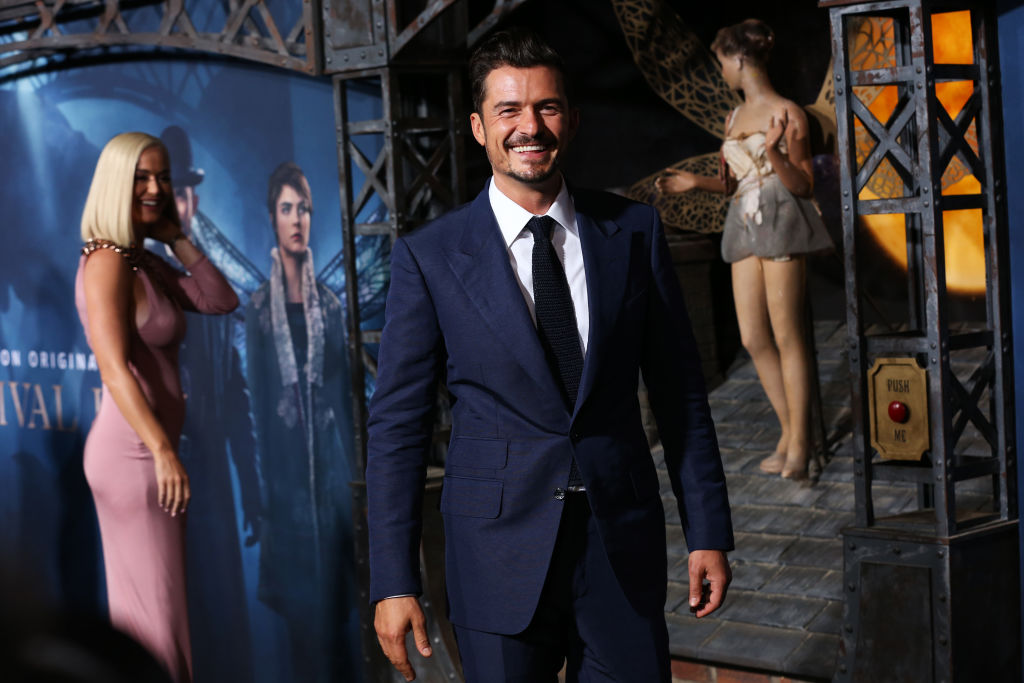 Orlando Bloom is taking extra security measures to protect himself against the alleged stalker of his fiance, Katy Perry.

Over the weekend, the 43-year-old actor was seen out and about in public while wearing a white shirt, black shorts, a baseball cap, and a banda covering his face for extra protection against coronavirus.

But based on the photos obtained by "The Sun," Bloom was also carrying an arm to protect himself against possible attackers. The "Pirates of the Caribbean" actor was photographed while grabbing a coffee in Santa Barbara. Aside from the coffee, Bloom was also seen holding a pepper spray.

Bloom's armed outing came a day after his pop star fiance was granted a restraining order against a man named William Terry.

Based on the court documents obtained by "The Blast," Katy Perry accused Terry of being a stalker, who attempted to trespass her Beverly Hills home.

The 37-year-old singer identified the man as a "complete stranger" who invaded her property and threatened her family.

Katy expressed that she fears for her own family's safety, especially after William made public threats to Bloom.

"William has made threats on Twitter including that he wants to 'snap Orlando Bloom's neck' as well as lewd posts about me. He has entered my property and poses a violent threat to all of us," Katy wrote on the court filings.

Terry's other social media posts include calling the "Teenage Dream" hitmaker his "favorite hooker." He also described himself as an "active shooter."

"I have great fear that he does or may have access to weapons. I am in immediate fear for my own safety, that of my partner, my newborn child, our family, and friends," she added.

The protection order applies to Katy Perry and extends to Bloom, their newborn daughter Daisy, and the actor's nine-year-old son, Flynn. The court ordered William to be a hundred yards away from the whole family until the scheduled hearing on October 8, 2020.

The couple engaged for almost a year also had to postpone their wedding plans, but this time, it is not because of the alleged stalker. Katy and Bloom had to change their priorities and put the wedding on the side for the meantime as they decided to put all their energy and attention to their new bundle of joy.

"Katy and Orlando's wedding will not be taking place in 2020," a source told Us Weekly.

"It just wasn't meant to be. Their beautiful daughter arrived, and she is their sole focus," the source added.

It turns out that the couple is not totally canceling the plans to get married, but will only set it aside for now.

"Planning for any wedding has been put on hold. It will happen, but it's just not something they are focused on as a couple currently," the source explained.