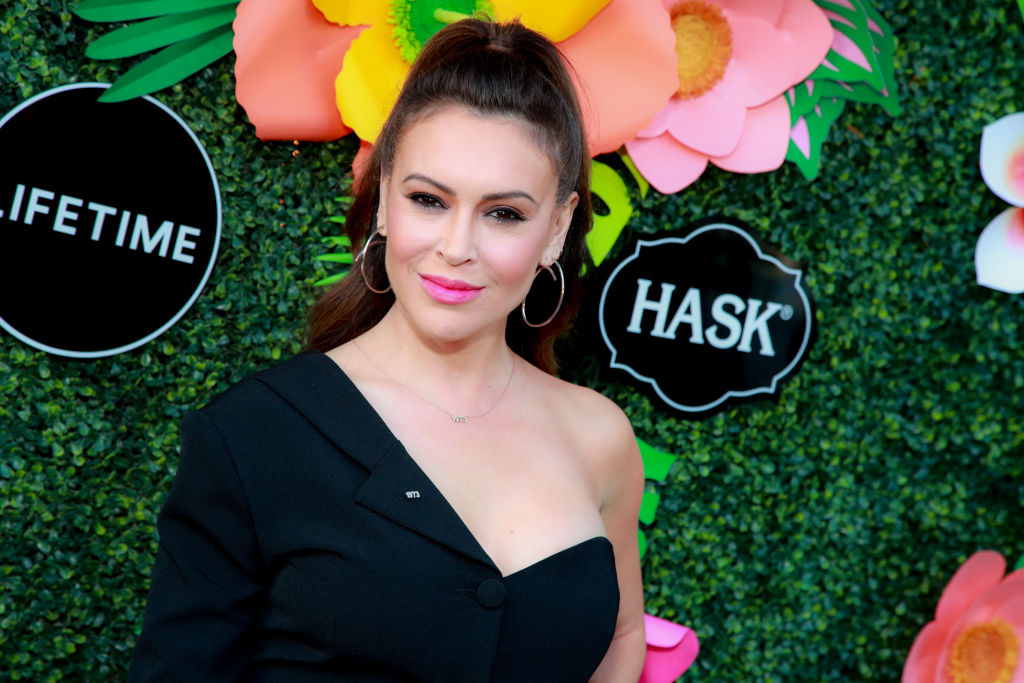 Alyssa Milano found herself in yet another controversy after causing major police presence in her quiet neighborhood in California.

According to reports, the "Charmed" alum called 911 over the weekend to report an alleged gunman roaming around her Bell Canyon property. The police immediately responded and sent seven Ventura County sheriff vehicles, a K-9 unit, a police helicopter, a Los Angeles Fire Department unit at Milano's neighborhood.

Based on the photos obtained by the "Daily Mail," the cops were on full alert, thinking that they are responding to take control of an armed man. The police presence sparked alarm among Milano's neighbors.

"We first noticed the helicopter circling overhead very low and knew something was going on, it's usually such a quiet community," a neighbor told the news outlet.

"Then we saw all the police cars parked in front of Alyssa's home. They had their guns at the ready and seemed very serious," the neighbor added.

Apparently, another neighbor made the initial call to 911, while Milano's husband, Dave Bugliari, made a follow-up call. The couple allegedly reported a gunshot-like sound that scared their dogs. They also described the "armed man" to be a 40-year-old male carrying a long rifle.

The search lasted for almost three hours, and it turns out that the police are only chasing a teenage neighbor armed with an airgun and shooting squirrels.

The commotion leads the 47-year-old actress to get under fire, especially since she is known to be an outspoken activist, who once call to "Defund the Police."

Earlier this year, Milano was one of the celebrities and politicians who supported the "Defund the Police" movement after the Memorial Day on the death of George Floyd, who died under the custody of Minneapolis police.

Based on a statement released by Milano's spokesperson, the actress disputed the version that she caused the police commotion.

The "Insatiable" actress recalled that while they are getting ready to watch the Giants game on a Sunday morning, a neighbor spotted a man dressed in all black while walking in the woods and carrying a gun.

"As that is a rare sight in our parts, the neighbor was understandably alarmed, and she called the police," Milano explained.

"We then received a call alerting us to the potential situation and that officers had been dispatched. My husband subsequently called 911 to check on when police would be arriving. While he was on the line, they arrived," she added.

In the end, Milano commended the police response and set the defended her position when it came to policing.

"The responding officers were amazing and made my family, and I feel safe and secure as we 'sheltered in place' until we knew exactly what was happening," Milano explained.

"These are exactly the type of situations that police officers are trained for and should be responding to, and we will always support police having the resources they need for appropriate policing action," she added.