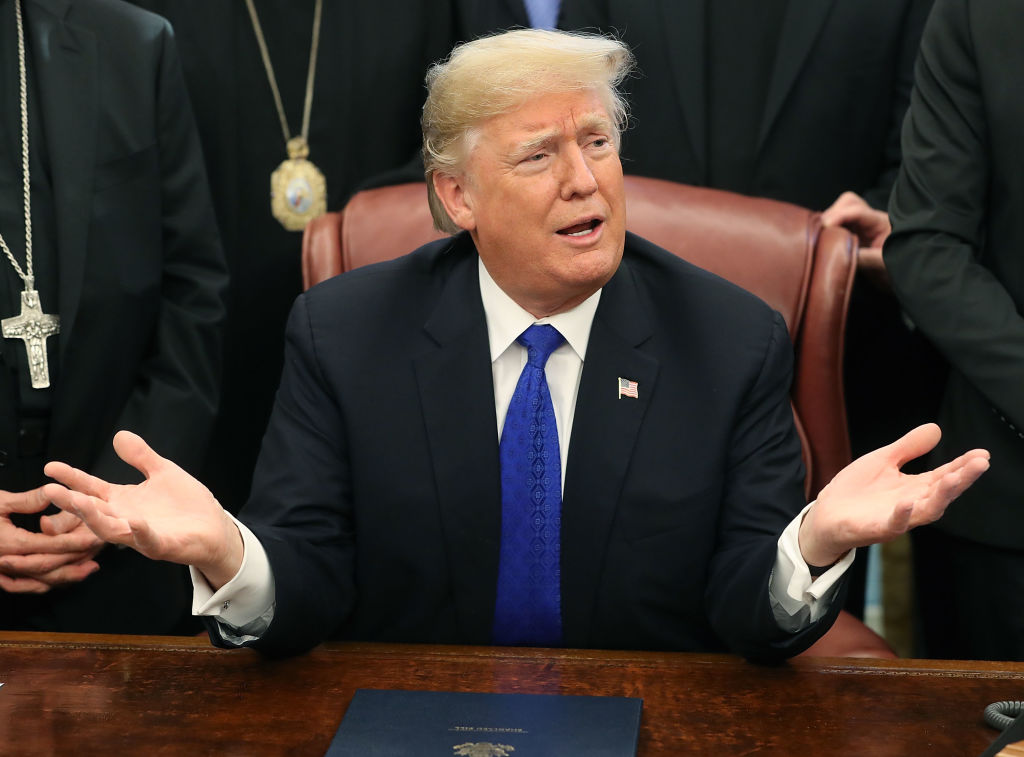 The United States of America President Donald Trump broke the internet as he confirmed that he and First Lady Melania Trump has tested positive for coronavirus.

However, anti-Trump celebrities are not buying this shocking announcement.

The 74-year-old President broke the news through a Twitter post saying: "Tonight @FLOTUS and I tested positive for COVID-19. We will begin our quarantine and recovery process immediately. We will get through this TOGETHER."

Melania Trump echoed the statement, saying that they are both "feeling good" but had to postpone all upcoming engagements.

Tonight, @FLOTUS and I tested positive for COVID-19. We will begin our quarantine and recovery process immediately. We will get through this TOGETHER! — Donald J. Trump (@realDonaldTrump) October 2, 2020

Trump and his wife's coronavirus scare came after news that one of the President's aides, Hope Hicks, has also contracted the virus that already caused over 206,402 deaths in America.

According to TMZ, Hicks has been traveling with Trump on Air Force One for a week now. She also assisted the POTUS during a Presidential debate in Cleveland and in a campaign rally in Minnesota. While the couple is in direct contact with Hicks, it is unclear when and how Trump and Melania contracted the dreaded disease.

Interestingly, it is worth noting that Trump has repeatedly expressed how much he hates wearing a face mask, which has proven to lessen the virus' transfer.

The minute Trump announced the news, thousands of internet users flock on Twitter to post their reactions and thoughts on the White House couple testing positive for coronavirus.

Some of the tweets include reactions from celebrities who doubt the authenticity of Trump's announcement, as he always downplayed the pandemic and considered COVID-19 as a "hoax virus."

"But...why would you get tested for the hoax when you've said many times that is what causes the hoax? that was your first mistake," Disney star Dove Cameron added.

YouTuber Todrick Hall wrote: "2020 is that b*tch ass gift that keeps on giving! Trump got on tv mask shaming Biden and defending his 'covid jokes,' and now Trump and Melania have covid! You can't make this stuff up!"

Whitney Cummings commented: "Of course Trump didn't know he had covid he never had taste in the first place?"

Some doubted the timing of Trump's health situation and wondered if it is all part of his political plan, considering the election will take place five weeks from now.

Some expressed sympathies to the President, just like Alyssa Milano who is a COVID-19 survivor herself.

"As someone who has had #COVID19 and still suffers from post-covid syndrome, I can honestly say with all that I am that I wouldn't wish this virus on my worst enemy," Milano wrote, adding a plea to wear a face mask.