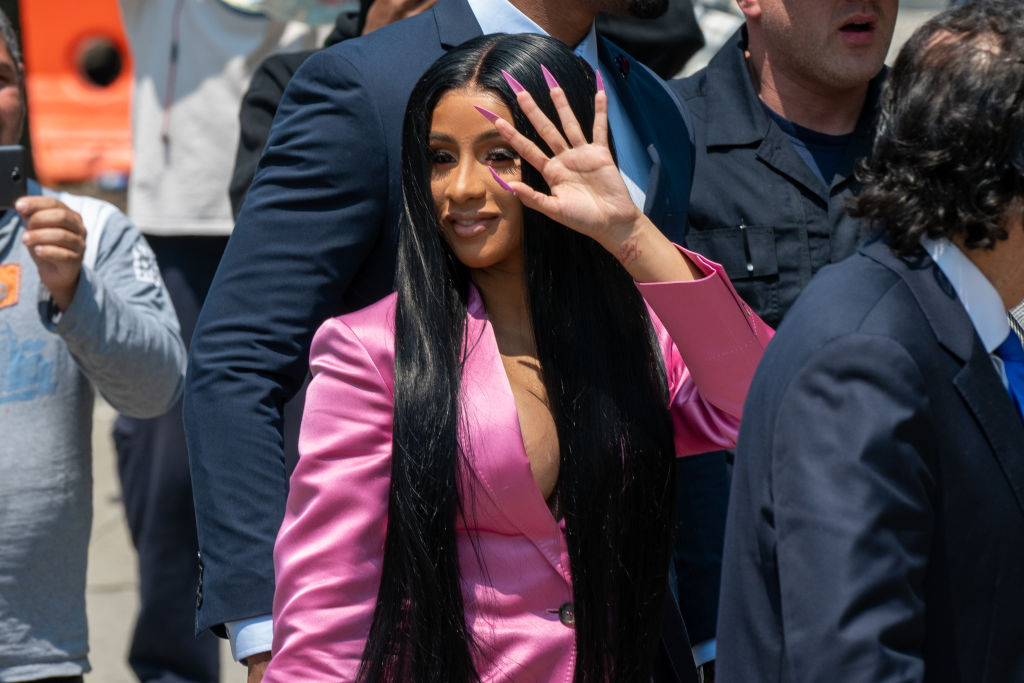 Cardi B is taking her divorce announcement to heart, giving her marriage no chance of repair by declaring herself already single and available.

For what it's worth though, her ex-husband Offset is quite accepting of the fact.

Have they essentially announced that reconciliation is no longer possible?

In the caption of a new IG post, Cardi B -- donning a red latex outfit complete with devil horns in the picture -- shouted to the whole world that not only is she single, but she is also "bad and rich." So, she does the "controlling."

The message might not be taken completely literally, but there is no denying the fact that she's embracing being single.

Soon after she posted the picture, her ex tapped the like button, showing support to what she said (whether it be about being single, rich, bad, controlling, or everything). More than 6 million fans showed their support for the empowering message, too.

Some followers, however, somehow missed the photo's message and opted to bash her for wearing an outfit associated with the devil -- horns and red, after all. Several commenters said she "sold her soul" and is "worshipping the enemy" as opposed to "Father the Almighty."

Cardi B and Offset NO MORE

Before the said post, there were some who were expecting the two to reconcile. It's not that impossible since they have done it in the past.

In December 2018, a year after they secretly got married and a few months after welcoming daughter Kulture, Cardi revealed that she and Offset were done with each other. At the time, they were already together for around four years.

Cardi even released a long statement about it, saying she had been trying to work things out with her baby daddy but to no avail. She said they were better off as good friends and business partners. She described Offset as her best confidante, running to him whenever she needed someone to talk to because they have a massive amount of love for each other.

However, she openly shared that things were no longer the same and it was no one's fault. Fans thought that was it.

When 2019 rolled around, however, Cardi B and Offset shocked people by making up as if nothing big has transpired.

Offset himself shared the good news in an interview with Esquire, clarifying everything was already good between them. He even said the relationship had not been that great as they have become so much more open to each while taking care of their baby. They were also taking things slowly, Offset revealed.

But it appears that they still cannot make it work the second time around, as Cardi B filed for divorce back in September.  A source shared to E! News that the split was surprising to everyone around them because outside of their home, the couple looked great. In the mind of their loved ones, they are raising Kulture happily, not knowing the two are already not seeing eye-to-eye.

According to E Online, Offset liking Cardi B's IG post this time might mean they can still stay as good friends and amicable co-parents.