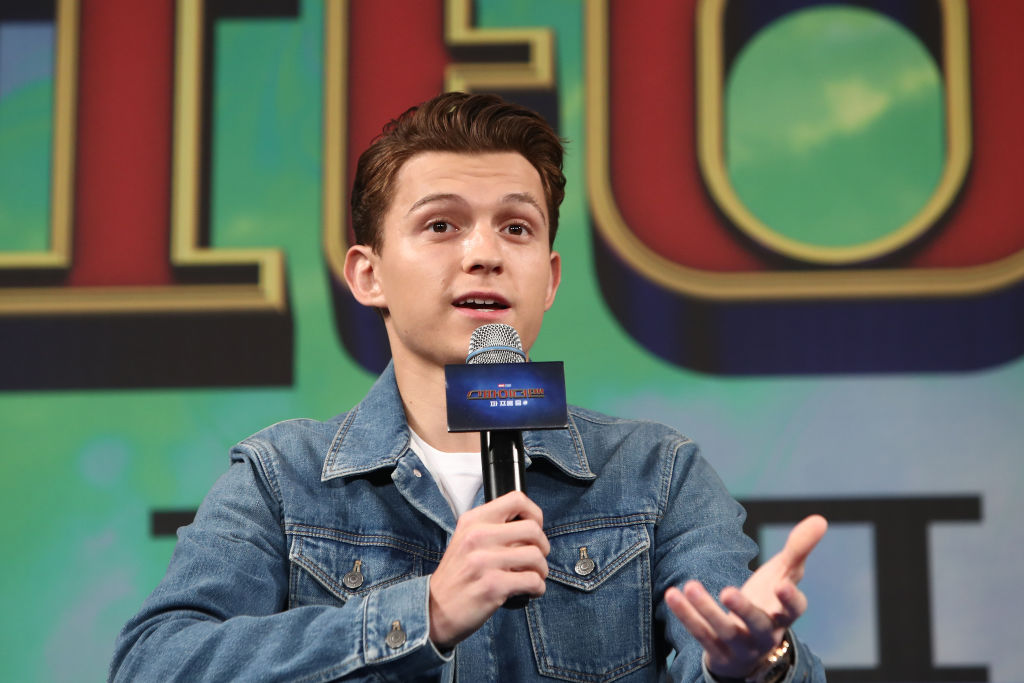 "Spider-Man" fans are now feeling hyped up after Marvel Studios publicly dropped some hints about the latest installment of the Tom Holland-led franchise.

Amid the coronavirus pandemic, Marvel's official website announced that the studio has decided to push back the release of its films.

Particularly, the company halted the debut of Marvel Cinematic Universe Phase 4 by pushing back the "Black Widow" release date.

Since Scarlett Johansson's standalone film is the first movie of the phase, it created a domino effect. This also delayed the release of the next two movies, "Shang-Chi and the Legends of the Ten Rings" and "Eternals."

It means that "Doctor Strange in the Multiverse of Madness," "Thor: Love and Thunder," and the untitled "Spider-Man 3" film will also experience dramatic rescheduling.

Despite the bad news, a new photo made MCU fans -- particularly Spider-Man's -- to rejoice.

On Reddit, a user named u/Arsenio3 shared a photo that revealed the possible production of the threequel.

The notice for "Serenity Now" mentioned that filming is scheduled to happen on October 16 around the said Queens area.

Spider-Man 3 shooting in my hood later this week. from r/marvelstudios

As Screen Rant noted, "Serenity Now" is actually a Seinfeld-themed title, which is believed to be the working title of "Spider-Man 3."

In comparison, "Iron Man 3" received the tworking itle "Caged Heat" before it garnered its final title.

"Spider-Man 3 shooting in my hood later this week," the user disclosed.

In the comment section, the Reddit user added, "I live in Sunnyside Queens, parts of Homecoming and Spider-Man 1 (Tobey Maguire) were shot here. I tell my kids that Spider-Man lives here."

for what it's worth, the post somewhat stirred questions since Holland is currently in Spain to shoot "Uncharted." However, obviously, they can still shoot the parts where the main actor does not appear.

"Spider-Man 3" Will Connect Other Spidey Films

Currently, there is no definite information about "Spider-Man 3" -- a clear release date, trailer, or plot details.

Despite that, fans have some theories about the upcoming flick.

To recall, the end of "Spider-Man: Far From Home" disclosed that Peter Parker's identity has been revealed. While it sounded like it is the worst, Spider-Man also suffered mentally after the "death" of Mysterio.

Meanwhile, The Hollywood Reporter unveiled the return of the villain that was previously featured in the franchise before Holland became the friendly neighborhood superhero.

Per the outlet, Jamie Foxx will return to reprise his role as Electro.

A few years ago, the 52-year-old actor landed the role in the Andrew Garfield-led film, "The Amazing Spider-Man 2." With that said, fans can expect the establishment of a direct connection between the movies.

One day after The Hollywood Reporter shared the update, Foxx himself confirmed the news through his Instagram page.

"Super excited to [be] part of the new marvel Spider-Man new installment," he reportedly wrote. "And I won't be blue in this one!! but a thousand percent badass!!!"

However, he deleted the post later on -- probably to avoid spoiling everyone.