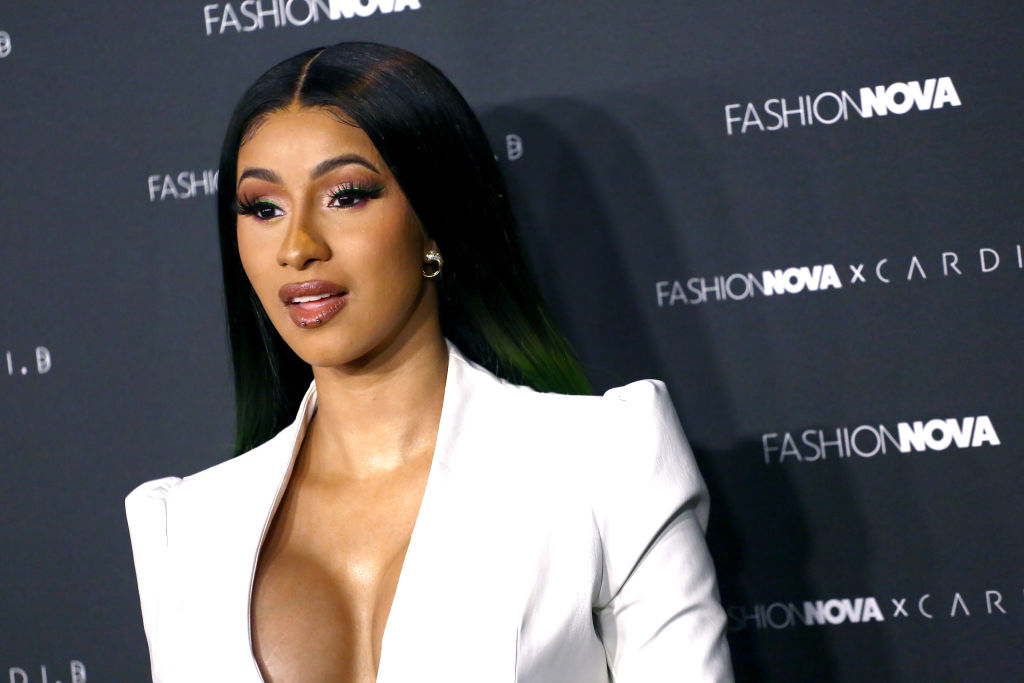 While people are talking about Cardi B and future ex-husband Offset kissing at her Las Vegas birthday bash, many failed to notice that the "Yellow Bodak" hitmaker just broke some very important rules.

Cardi B has been lambasted for hosting an extremely wild birthday party with no regard for social distancing and face masks.

On her Instagram, the rapper was branded "irresponsible" by fans after sharing a photo of herself surrounded by a massive crowd of party-goers to celebrate her 28th birthday on Saturday.

Cardi B's followers were able to see that only was one person in the photo wearing a mask, but all 32 in the picture, and she had no masks on.

She captioned the photo, "I don't know... blame it on Tommie & JT," as she shared a picture of herself lying flat on the floor surrounded by friends.

Her Instagram photo prompted thousands of comments from fans and concerned citizens, expressing their fear for the massive crowd partying and mingling with each other in the middle of the coronavirus pandemic.

One comment, which received about 10,400 likes, said, "Bruh, that's is irresponsible yall forget we are in a worldwide pandemic."

Another person said, "so celebrities don't think social distancing applies to them too? Got it."

"Shoutout to the one dude wearing a mask," another person said.

"Y'all dead was preaching on how people should stay home and then - ok," another disappointed follower said.

It was indeed a fun night for Cardi B, despite breaking coronavirus rules.

Not only was Offset in attendance, but E! News'source revealed that other A-listers came to the possible-COVID-infested party.

The source shared that The Weeknd had his own table, and he was with Teyana Taylor.

Social media mogul Kylie Jenner reportedly arrived with a group of her friends and "was incredibly friendly and social" with all the people who were dying to meet her.

The source shared that there was even a marching band that greeted Megan Thee Stallion as they played her and Cardi B's hit song.

The Bronx native's birthday theme was reportedly the Sahara Desert, which was held at Area 15. The whole place was said to have been filled with live camels.

Despite her reported ongoing divorce, the insider revealed that Cardi B was dancing and drinking throughout the night. She was reportedly in a great mood and so happy.

Aside from having no masks and no social distancing, what people talked about at the party was Cardi B and Offset's PDA on the dancefloor.

According to the source, the former couple acted "like they were back together."

"They were all over each other the entire night and were having a lot of fun. She was grinding on Offset all night."

The source further shared that it seemed like they were "into each other" and were "on great terms."

However, no matter how close they appeared, insiders revealed that it's clear they're not officially back together. It's just that the "Press" rapper will always have a place in her heart for Offset.

Cardi B's night didn't end there, as they rented out a presidential suite at Caesars Palace, and about 20 other people went back to the suite and partied until 6 AM.