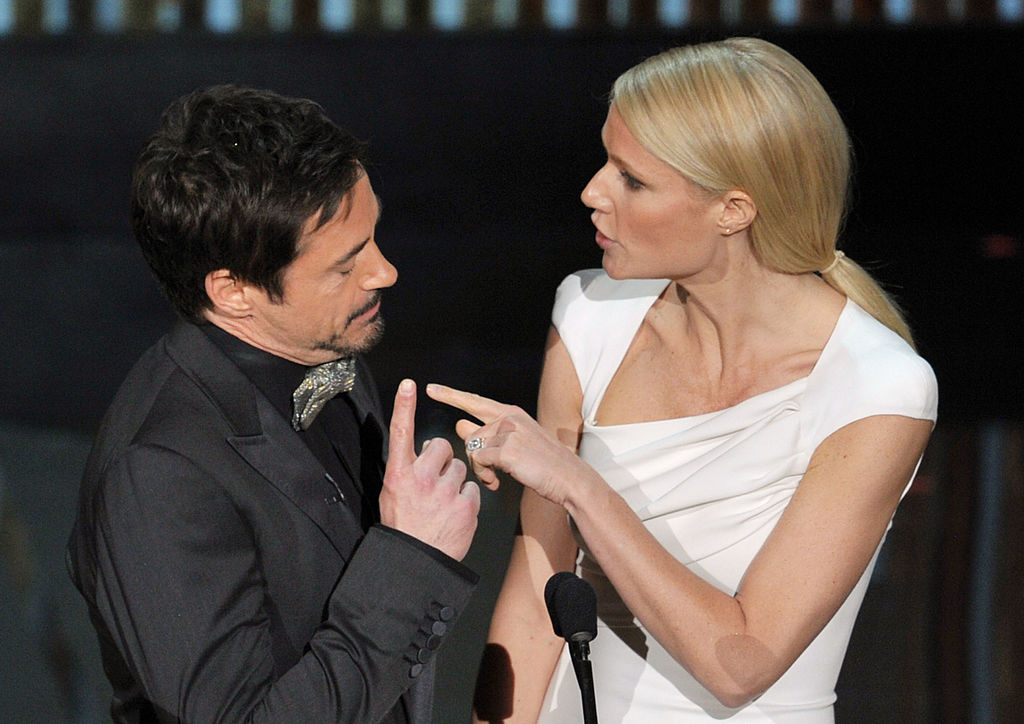 In her recent "Goop Podcast" episode, the 48-year-old actress had a sit-down interview with her good friend and the "Bride Wars" star Kate Hudson as they opened up about their best and worst screen kisses.

The Goop founder first asked Hudson to name a celebrity who she thinks is the best on-screen kisser.

"Honestly, I feel like I kind of haven't had the best kissers," the blonde beauty answered, adding: "I feel like I should have had better ones."

She then asked the 41-year-old Hudson about the Golden Globe winner Matthew McConaughey, who was her leading man in the 2003 romantic comedy film "How To Lose A Guy in 10 Days" and "Fool's Gold."

To recall, the two have been romantically linked with each other due to their intense on-screen chemistry.

"The thing is, every time I kiss McConaughey, it's like, I mean, it's like there's just something happening, and there's like snot or wind, or things are just... like when we were kissing in the end of Fool's Gold, we're like in the ocean, we like had the plane crash," Kate explained. "He just had snot all over his face."

It appears Paltrow was able to relate to the "You, Me and Dupree" actress, as she asked Kate whether the Texas-born actor gives off that "brother energy." Hudson replied: "It can be a little sibling-y at times, but no."

The Primetime Emmy Award winner then shared her fair share of best and worst kisses, which includes her "Avengers" co-star.

During their discussion, Gwyneth Paltrow confessed that she felt odd kissing the Hollywood A-lister and described it as lip-locking a family member.

Growing Up in Hollywood

The "Shallow Hal" actress and Robert Downey Jr. almost had the same background growing up, as both of their parents worked in Hollywood.

His first directorial movie was the 1961 low-budget movie "Ball's Bluff," followed by the 1972 American Western film "Greaser's Palace," which he both directed and wrote.

On the other hand, the Goop founder's mother is the two-time Primetime Emmy Award winner Blythe Danner, who starred in films such as "Meet the Fockers" and "I'll See You in My Dreams," while her father is Bruce Paltrow, who was a renowned television and film director and producer.

Furthermor, Gwyneth and RDJ always had a close relationship on and off cam.

In a previous interview, the "Zodiac" actor revealed that his wife, Susan, and Gwyneth often organize family gatherings and make sure they see each other despite their crazy schedules.

"They're both, like, type-A, organized, and so Susan and Gwyneth organize our ability to stay close and keep our doors open to each other and be current with each other's lives and each other's kids," Downey said, per Mass Live.

Moreover, furing RDJ's 58th birthday, Paltrow shared a heartfelt post over her Instagram as she described him as her "brother, friend, and supporter."