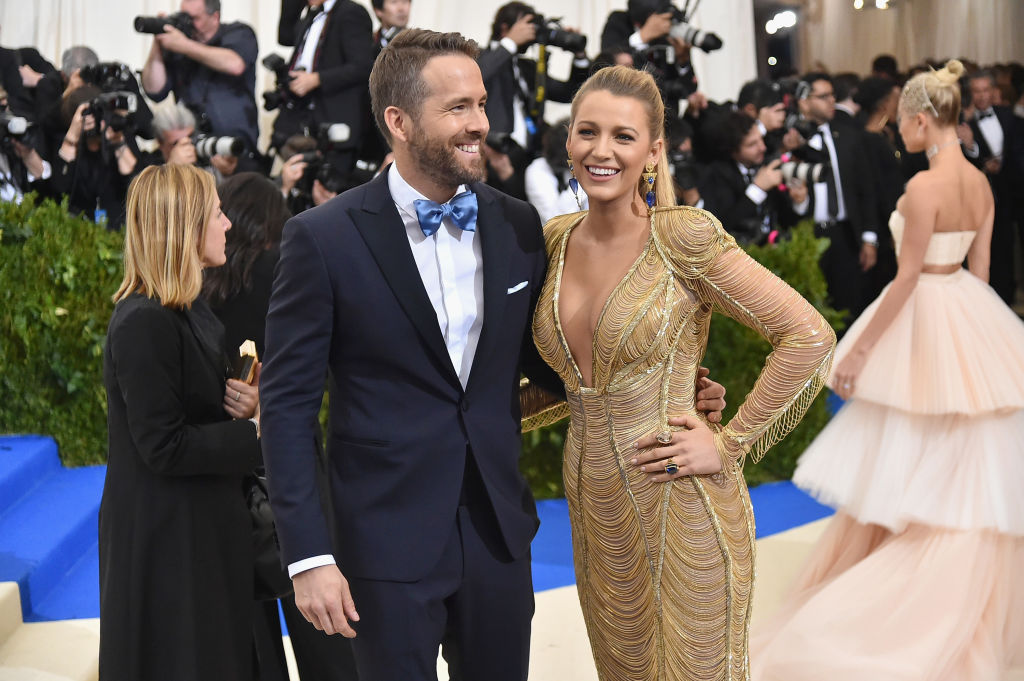 The "Deadpool" star is reportedly excited to film a new rom-com movie with one of his closest friends, Sandra Bullock.

However, this is causing tension with the "Gossip Girl" star, according to WHO magazine.

"Blake trusts Ryan and would never forbid him from taking this part, but the idea of him getting cozy with Sandra again still makes her uneasy," a source told the outlet.

Ryan and Sandra signed up to work on the movie "The Lost City of D."

Despite the reported denials of "The Change-Up" actress that they didn't have a romance, Ryan is gushing about them finally getting back together.

In 2009, the 44-year-old actress and the 56-year-old seasoned actress were rumored to have had a little fling while working on the 2009 movie, "The Proposal."

However, Sandra Bullock insisted they were just friends.

"I think there will be a collective sigh amongst women in the United States when I say he's not my lover, he's just an amazing friend I've had for ten years," the brunette beauty once said in an interview.

"I don't get his loving after dark," she added.

Still, the rumors persisted about their on-screen chemistry came from an unusual relationship when the cameras stopped rolling, which left Ryan's 33-year-old wife of eight years feeling a bit uneasy.

"He's known to have a huge soft spot for Sandra and lights up whenever she comes up in conversation," the insider said.

"It's obvious she holds a special place in his heart, and Blake isn't thrilled about."

Though Blake Lively reportedly doesn't think anything is going on between her husband and Sandra, she is allegedly concerned that the sparks would "start flying again," as per the insider.

"She knows how attracted Ryan is to Sandy - it's obvious by the way he fawns over her," they added.

Despite the juicy gossip, it is best to take this story with a grain of salt.

Sandra Bullock has denied time and time again that she and Ryan Reynolds were more than friends.

Besides, he and Blake Lively are seemed to be in a good place in their marriage right now.

One part of the outlet's story is confirmed to be true, and that's about Ryan and Sandra re-teaming to work on a romantic comedy and action film, "Lost City of D."

However, several reports are saying that Ryan Reynolds is still loosely attached at this stage.

The movie is based on an idea by Seth Gordon and will be directed by up-and-coming directors, Adam and Aaron Nee.

Similar to "Romancing the Stone," this film is described by The Hollywood Reporteras an "old-fashioned star vehicle," "screwball adventure featuring mismatched leads, witty repartee and romance."

It would follow a romance author who finds out about a supposed fictional city she wrote about is actually real.

She and the actor who plays the lead star in her novel will take a life-threatening journey to find the lost city.

READ MORE: Adele Snubs Millions Worth of Endorsement Deals Because of the Kardashians