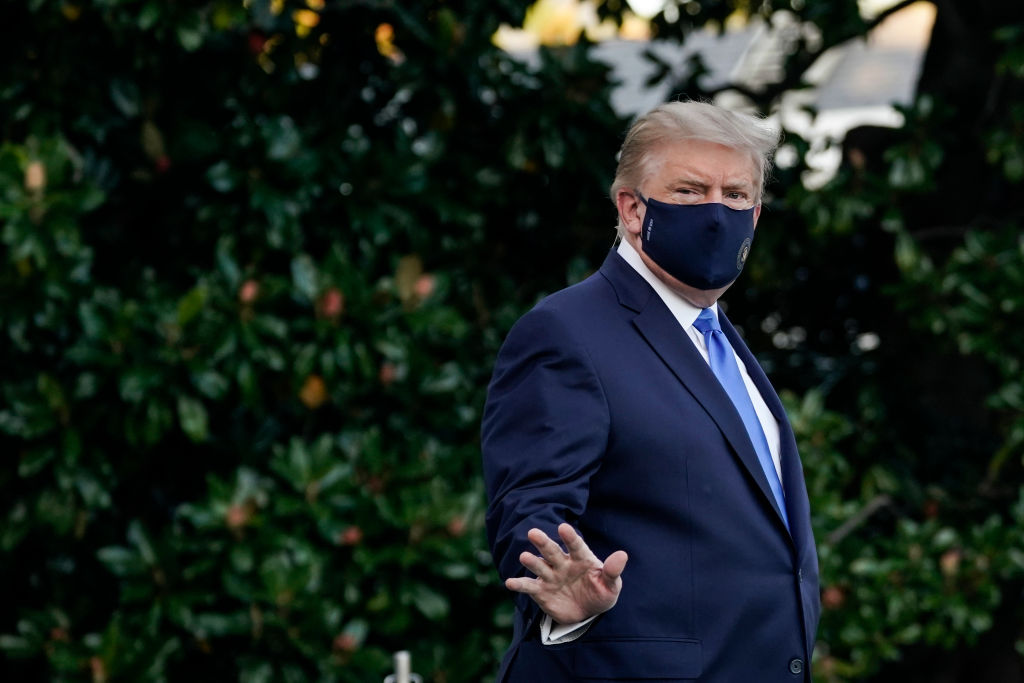 It's election day in the US today.

While many of the candidates are trying to keep a low profile to avoid any backlash, current POTUS Donald Trump is slammed for the things he said in his MAGA rally on November 2.

What's worst is that Trump was trash-talking high-profile celebrities- stars who have millions upon millions of followers.

Speaking to his crowd of supporters while wearing a red MAGA hat, things he said about the A-listers were received with cheering and chanting from the audience.

Trump speaking ill about these stars irked him because most celebrities are supporting Democratic candidate Joe Biden.

The first star he mentioned was Lady Gaga.

"Now, he's got Lady Gaga," he said about the singer-actress supporting his opponent before the audience started booing.

"But he'll get something out of it just like everyone is."

Trump also boasted how he has a much bigger crowd than Biden and his supporters.

He further said that the crowd would leave as the singers sing their songs, just before "Sleepy Joe's up there talking."

Then Trump mentioned other of his opponents' supporters, such as Beyoncé Knowles-Carter and her husband, Jay-Z.

He even embarrassingly incorrectly called the Queen Bee "Beyoncee."

Speaking of Jay-Z, he said the rapper started using the F word in front of a Democratic crowd in the past.

Aside from these Hollywood royalties, Donald Trump didn't just stop at them.

Trump told his rally audience, "How about LeBron? I felt badly for LeBron," referring to the Lakers winning the NBA Finals Championship on October 12.

As soon as these videos of Donald Trump's trash-talking others made its way around social media, many Twitter users called him out.

Some said that the businessman-turned-politician is so obsessed with legends "because he's not one."

Another person claimed that Trump was jealous, saying that "Beyoncé and Gaga can bring ten times the people he could bring."

More and more celebrities have been backing Joe Biden, including Dwayne Johnson, Selena Gomez, Lizzo, Zoë Kravitz, Natalie Portman, Tom Hanks, and Taylor Swift, who also allowed her music to be used in an unofficial campaign for him.

But some celebrities are still voting for Trump.