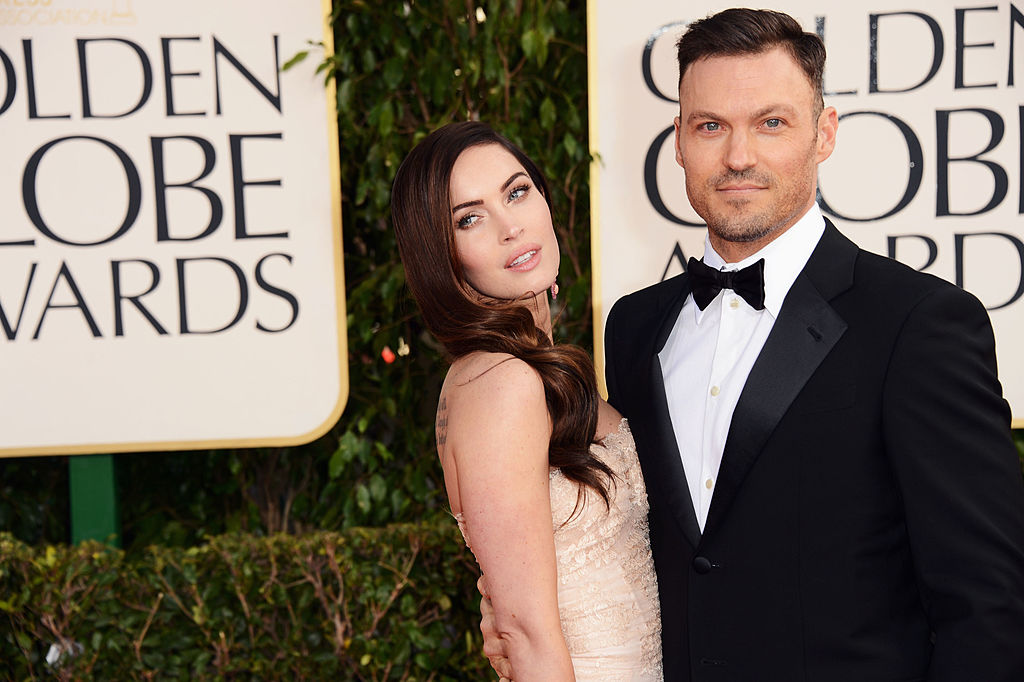 Tori Spelling has a lot of good words to say about Brian Austin Green amid his feud with ex-wife Megan Fox.

The blonde beauty and the 47-year-old actor are both alums of "Beverly Hills, 90210," alongside Jennie Garth, Luke Perry, and Jason Priestley.

On her recent Instagram post, the Los Angeles-native took a trip down memory lane as she penned a heartfelt message to her former co-stars.

In a lengthy post, Spelling began by recalling the good times she had during their stint at the teen drama series.

"When I think of my home, it's my OG zip code. My 90210 family. My heart lies with all of my brothers and sisters but specifically @jenniegarth and @brianaustingreen. We really grew up together," she wrote as the trio posed under the Peach Pit diner sign.

The "Family Plan" actress also shared how the father-of-four would often tease her back in the day.

"Bri would "pull my pigtails" on set and till this day can still "push my buttons" in the best of ways because he knows me so well," Spelling furthered.

In the latter part of her message, she went to describe Green and Garth as the "best parents" she knew.

"We are all parents now. And, Jen and Bri are the best parents I know. Honor to consider them my friends and brother and sister on this Journey in life. I love you both. I always have. Always will!"

Green shares his three kids Noah, 8, Bodhi, 6, and Journey, 4, to the "Transformer" star. He also has an 18-year-old son, Kassius, from his ex-fiancée Vanessa Marcil.

Spelling's post subtly showing her support to Greens comes days after his parenting drama with his ex-wife.

Recently, Fox savagely ripped the "Desperate Housewives" actor after posting a Halloween pic of him and son, Journey.

The brunette bombshell accused her ex-husband of trying to win the "dad of the year" image to his 518 million Instagram followers.

Over the comment section, the mother-of-three slammed the 47-year-old actor by asking Green why he included his son in his post.

"Why does Journey have to be in this picture? It's not hard to crop them out. Or choose photos that they aren't in," Fox wrote.

The "Jennifer's Body" actress called out the actor for "using" their kids to make a good reputation among his followers and making her look like an "absent mother."

"You're so intoxicated with feeding the pervasive narrative that I'm an absent mother, and you are the perennial, eternally dedicated dad of the year. You have them half of the time," she added.

Fox then concluded the message by posting a sarcastic message for Green.

"Congratulations, you truly are a remarkable human! Why do you need the internet to echo back to you what should be inexhaustibly evident in the way your children love you?"

Earlier this year, rumors sparked that the couple were caught up in a relationship drama following Megan's alleged relationship with Machine Gun Kelly.

In May, Green confirmed in his podcast that he and Fox had separated, ending their almost 10-year marriage.