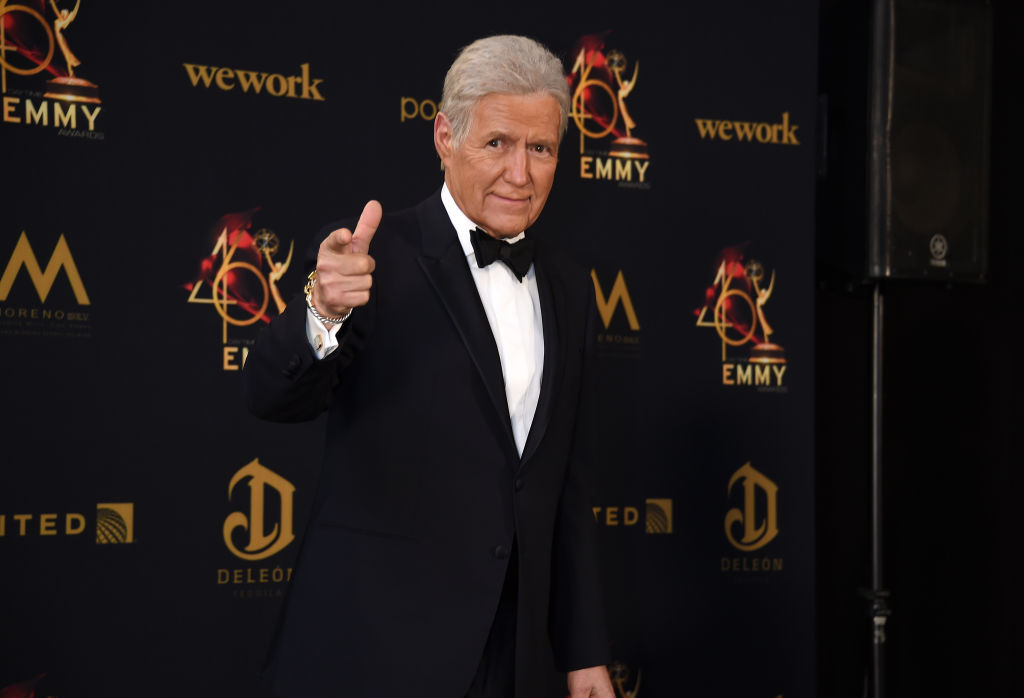 Alex Trebek said goodbye to the world in the most beautiful way.

On November 8, Trebek lost his battle against Stage 4 pancreatic cancer. His passing came over a year after announcing his diagnosis in March 2019.

In a special message he made for his fans last year, Trebek revealed that his prognosis was not good. Despite that, he decided to come out stronger and try to fight it.

"Truth told, I have to, because under the terms of my contract I have to host Jeopardy! for three more years," he joked.

However, his pancreatic cancer betrayed him and claimed his life this year.

Although he is no longer around to continue "Jeopardy!," Trebek truly spent his last days doing something he always wanted to do: watching the horizon next to his wife, Jean.

"Even in his book, he described that he wanted his final day to be sitting on his swing next to his wife, Jean, and kind of watching the horizon and he got to do that," Richards said.

He added that Trebek always loved the swing on his residence that he even fixed it himself earlier this year.

Because the late host showed that he was not in pain by spending his final day beautifully, it reportedly made the "Jeopardy!" crew feel better after the loss.

“The fact that he had a nice final day makes all of us in the ‘Jeopardy!’ family feel much better.” - Mike Richards on Alex Trebek pic.twitter.com/Zt61fKaeaN — TODAY (@TODAYshow) November 9, 2020

Meanwhile, the same outlet offered a tribute for Trebek by airing an old video of him.

In the clip, he made the atmosphere lighter after the winner, Ken Jennings, came out without pants.

"He loved that. He'd get to the end of the show and say 'boy, wasn't that great?' and he'd look right at the contestants and say 'thank you,'" the executive producer recalled. "And that just sums him up."

Richards also noted that Trebek saw "Jeopardy!" as one of the most important parts of his life. The host continued to work with the game show even after receiving his diagnosis.

This made the producer feel so "touched" seeing him support everything that makes America happy.

Alex Trebek served as the "Jeopardy!" host for nearly 8,000 episodes. Throughout his career, he brought home 35 Emmy Awards and a Peabody.

After the news about his death emerged, the internet saw an outpouring of heartfelt messages from Trebek's fans and colleagues.

Sean Waltman wrote, "I never met Alex Trebek. It still feels like a long time friend has passed. Maybe not a best friend, but an acquaintance I was very fond of."

"The Ottawa REDBLACKS mourn the loss of Alex Trebek, a Canadian icon and king of trivia," the official Twitter page of Ottawa REDBLACKS said. "Our condolences go out to Mr. Trebek's family, friends, and fans all over the world."

Meanwhile, one fan also mourned and said that she grew up watching Trebek on the show.

"Saddened to learn of Alex Trebeks passing. My grandmother got me started watching jeopardy when I used to stay with her as a child.I still watch even today. Prayers."