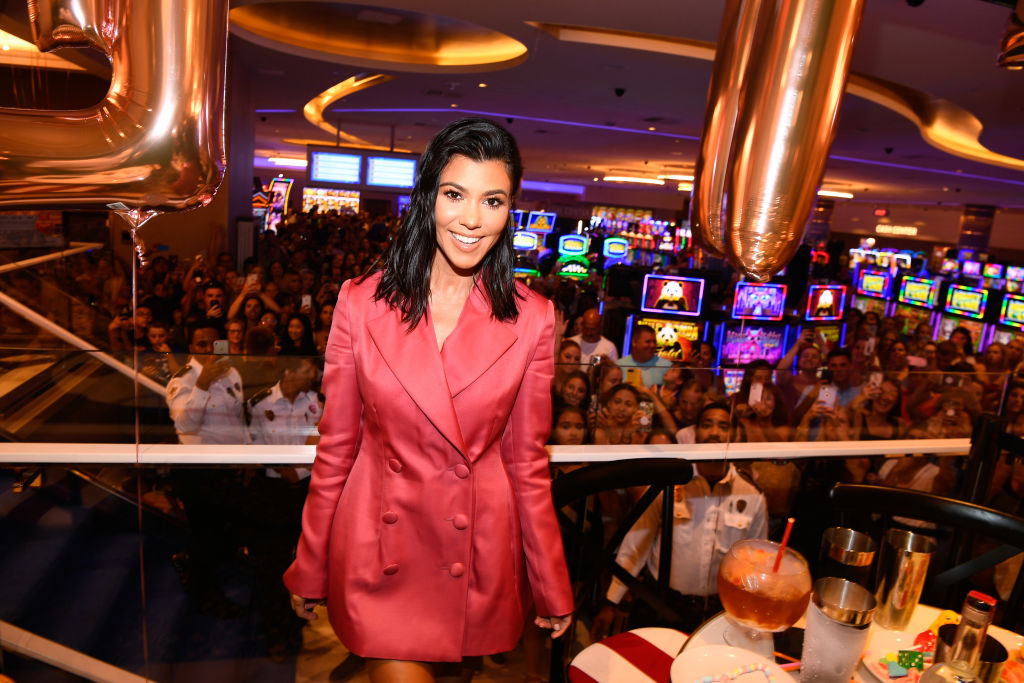 It seems Kourtney Kardashian can no longer hope for another chance with Scott Disick, as her former beau reportedly began seeing another woman again.

Scott sparked another romance rumors this year. Unfortunately, it is not with Kourtney.

On Saturday night, the public spotted Scott having dinner with Amelia Hamlin. This caused people to speculate whether the 37-year-old is starting another relationship.

Their updates on their respective social media accounts confirmed that they were really together that night.

On his Instagram Story, Scott shared a snap of the dishes at Tre Lune, an Italian restaurant in Los Angeles. He also wrote the words "my love" in the same picture.

Meanwhile, Hamlin also shared the same images but from a different angle.

Prior to their intimate night out, the two also caused a scene when they arrived at Kendall Jenner's Halloween party together.

Most netizens disapproved the news, though, since Hamlin is only 19 years old. Despite that, a source told E! News that Hamlin finds Scott cute.

The same insider clarified that the two only have a "very casual" relationship, and Scott does not have any plans to be in a relationship again.

"Scott is having fun and is not committing to anyone," the insider added. "He is enjoying being single and getting to know new people. He's in a good place right now."

These recent outings came after Kourtney sparked reconciliation rumors by posting a photo of her and her ex-partner.

Kourtney, Scott NOT Back Together?

During Kim Kardashian's island birthday trip, the former couple posed together as they rode their bicycles.

The "Keeping Up With The Kardashians" star also posted a throwback picture of them, which was taken during the early stages of their relationship.

In the photo, Kourtney was wearing a red, satin dress while Scott was flaunting his black suit.

Neither of the two has clarified the rumors, but multiple sources already claimed that the two has taken their relationship to the next level again.

That would explain why they have been spending more time together again even when their children are not with them.

"They've got all these kids together. I think always it's the best for the kids to have a mother and a father that's right there all the time," she said, per Screen Rant.

However, with all these dating rumors Scott has been creating, it seems like Kourtney is already standing last on the line.

Before going out with Hamlin, he also publicly dated Sofia Richie. They had a three-year relationship that allegedly ended after the 22-year-old was spotted getting cozy with Jaden Smith.

Meanwhile, Sofia reportedly still tried to fix their relationship, but Scott officially called it off already.