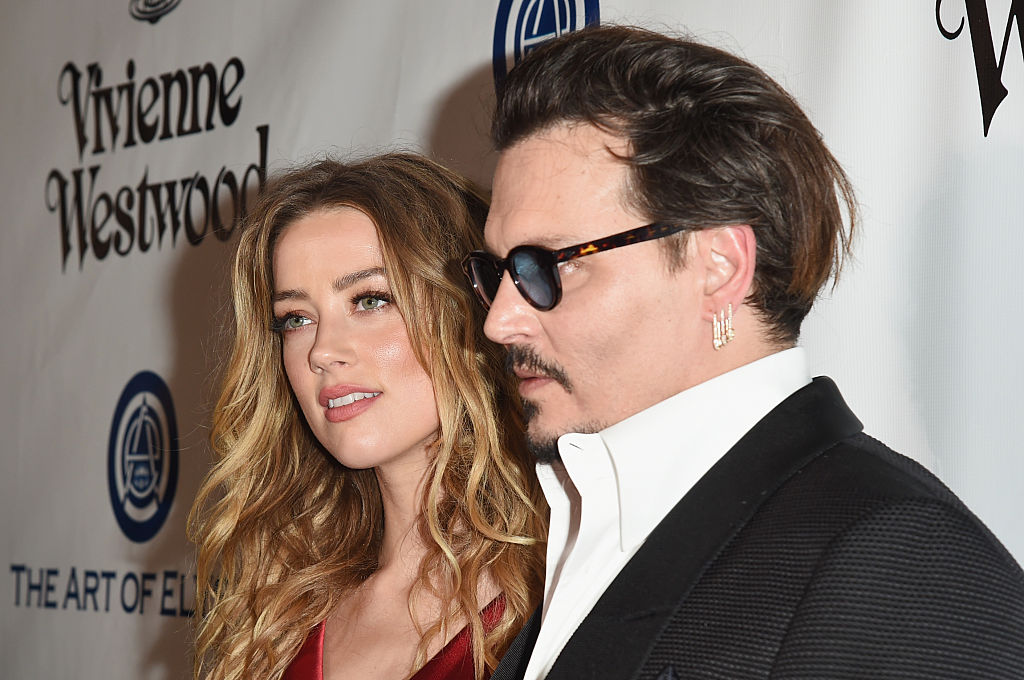 After losing his highly publicized libel case and his "Fantastic Beasts" role as a result, Johnny Depp reportedly made a savage move against his ex-wife Amber Heard.

Earlier this month, the U.K's High Court under Justice Andrew Nicol ruled that the "wife beater" accusations against the Hollywood actor are "substantially true."

It came after the "Pirates of the Caribbean" star filed a lawsuit against The Sun publisher, News Group Newspapers, and its executive editor, Dan Wootton, over an article claiming that he beat the blonde beauty "causing her to suffer significant injury, and on occasion leading to her fearing for her life."

Shortly after the court's decision, Depp resigned from the "Fantastic Beasts" franchise after being forced to exit by the Warner Bros. movie studio.

On his Instagram post, the 57-year-old actor began his statement by thanking his fans for showing support and loyalty amid his messy court battle.

He also revealed that he was asked to depart from his role as villain Gellert Grindelwald, which he agreed to.

"I wish to let you know that I have been asked to resign by Warner Bros. from my role as Grindelwald in Fantastic Beasts, and I have respected and agreed to that request," Depp furthered.

Depp concluded his message by stating that the "surreal judgment" will not hinder him from "telling the truth."

"My resolve remains strong, and I intend to prove that the allegations against me are false. My life and career will not be defined by this moment in time."

On the other hand, there is a new report claiming that Depp also made a discussion with the entertainment conglomerate over Heard's career in the DC Extended Universe (DCEU).

According to Daniel Richtman, the "Edward Scissorhands" actor told the California-based studio that the 34-year-old actress should be subjected to the same treatment and must step down from her role in "Aquaman 2."

Moreover, Depp allegedly pointed out that he and his ex-wife have been a subject of negative publicity due to their legal battle.

To recall, despite the rumors that Heard will be replaced by "Game of Thrones" star Emilia Clarke, she is still expected to return as Mera for the DC sequel that will start late next year.

Per Deadline, the blonde beauty reportedly agreed to his ex-husband's plea to delay the case as long as it "would not entail any prejudice to her, much less unfair prejudice."

There is also an ongoing petition to drop the "London Fields" star from the DC Entertainment franchise, which started early this year.

Titled "Remove Amber Heard from Aquaman 2," over 800,000 fans have signed the petition and are now close to reaching their goal of one million signatures.

In a lengthy message, the account pointed out how the actress "systematically ruin" the Golden Globe winner's career in Hollywood.

"Since Heard's divorce from Johnny Depp, she has systematically crusaded to ruin Depp in Hollywood, repeating multiple accounts of fake incidents in which she had actually abused Johnny Depp, but lied and created false accounts of him being the abuser," the petition reads.

In addition, it also stated that Heard has been arrested for abusing his former domestic partner, Tasya Van Ree, in 2009.