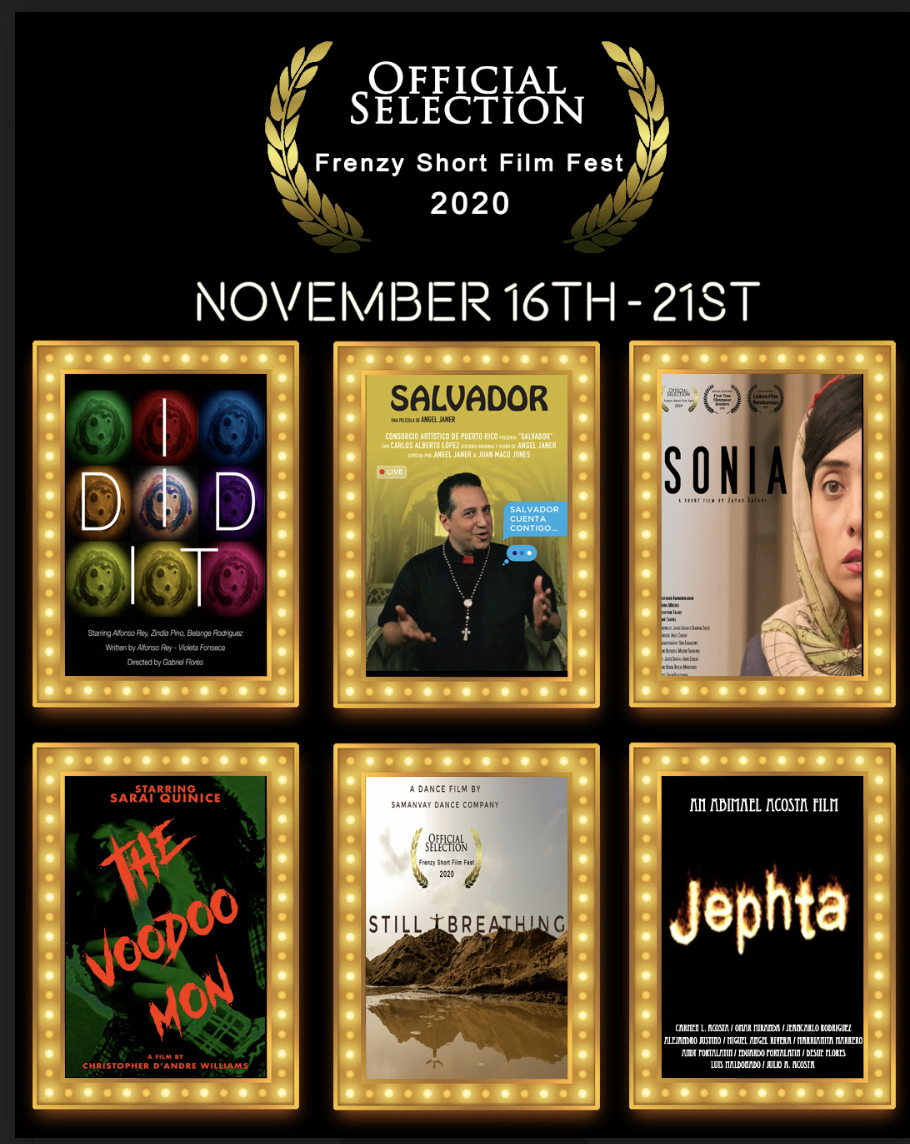 The whole official roster for the Frenzy Short Film Festival 2020 have officially been announced by Barrio Independent Productions. Check out the official list:

The Frenzy Short Film Festival offers a range of movies with a very purposeful theme. The whole event generally focuses on the social and psychological vulnerabilities of people and communities through short films.

Each of the short films involved must include a "frenzy" episode to qualify. By frenzy, it means a scene or phase in which excitement seems to lead people to lose a bit of their minds or become unconscious, which can become negative when control is lost or behavior go up and beyond what is considered normal by society.

Each film will premiere on the BIP's website and Facebook page and will run between November 16 and 21. There's one film per 24 hours to be shown.

In addition, each film will be followed by a range of forums showing mental health professionals as well as members of the films.

The three best cinematographic works  will be awarded monetarily.

This will be determined by a panel of judges - including the actor & producer Ian Paola, whose portfolio included "Orange is the New Black," "Blue Bloods," and more others. It will also include Veronica Caicedo, filmmaker as well as CEO of International Puerto Rican Heritage Film Festival.

Joining these entertainment veterans are two mental health professionals. The audience who will watch the films will also have a say on the winners. They can vote for the best short film, best actress and best actor.

Between November 13 to 15, fans were treated to some pre-festival films. The festival organizers deemed it important to produce three short-films to make more people aware what what a frenzy episode is. None of the films of course are part of the competition. For three days, the shows shown are the following:

What love kills
Written by: Jesus Papoleto Melendez
Scripted based in the poem by Melendez and Directed by: Amneris Morales

The BIP started to accept applications for short films up until September 26, 2020. The Shorts can either be in the language of English or Spanish and must last only as long as ten to fifteen minutes.

As  actress and producer Amneris Morales, CEO of BIP put it, the festival is important for specific reasons. "Disseminating works of cinematographic art focused on mental health and promoting well-being and social change attitudes is a responsibility that, as artists, we embrace, especially in these moments when we are globally going through the effects of COVID-19 and that that, consequently, have affected mental health as a rebound," she said.