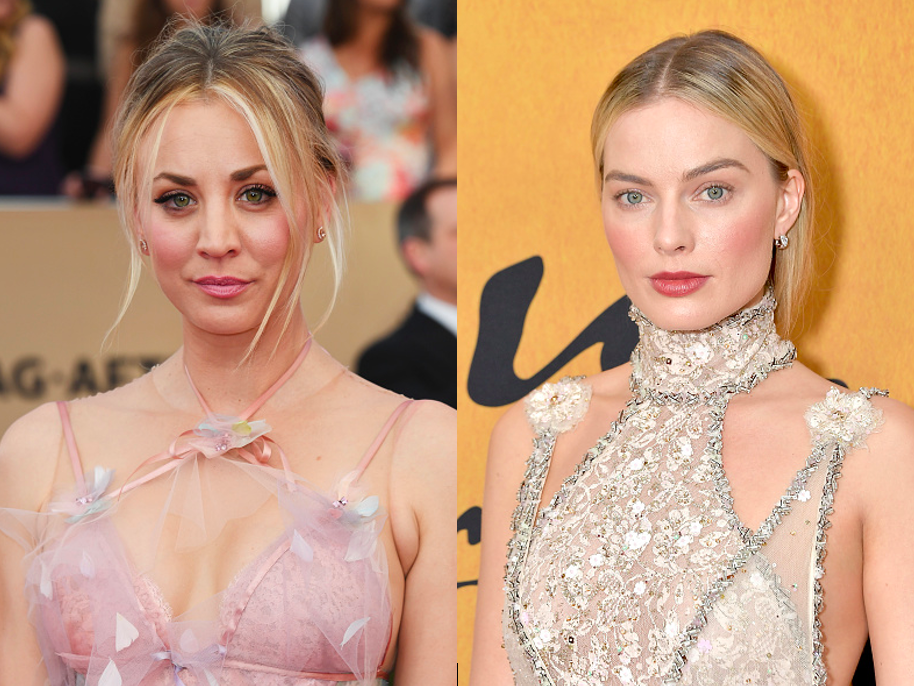 "Big Bang Theory" actress Kaley Cuoco has finally broken her silence regarding rumors of her alleged feud against Margot Robbie.

The rumors have initially suggested that Kaley and Margot refused to be on stage together at the Comic-Con in San Diego, California, to promote their "Harley Quinn" projects.

Margot Robbie played the anti-heroine in the "Suicide Squad" and "Birds of Prey," while Kaley is Harley Quinn's voice in a DC Comics animated show.

Kaley recently spoke about the feud rumors, insisting that the stories are all nonsense.

She recently spoke to Interview magazine to trash all of the fake internet chatters, "When Harley became kind of a big deal and then when Birds of Prey came out, there were all these stories that Margot Robbie and I were feuding."

"There was an article that came out that said we would not show up together at Comic-Con. We refused to be on the same stage together. Neither of us was even at Comic-Con, okay?"

Kaley Cuoco went on to say how much she adores Margot Robbie, adding that she thinks the Aussie babe is "so cute."

She also noted that they hadn't met yet but believed that the two would get along well.

David Spade, who was also being interview for Interview magazine, explained that Margot seems like "a very light person, very fun, easy to deal with, and sort of treats showbiz like fun."

Kaley then chimed in, "And that's very rare," before David also complimenting her, stating that what she's doing is also good and again baiting her into saying something critical about Margot's portrayal.

"It's different from the movies," Kaley said.

To which David joked, "Okay, you agree," then later forced Kaley to clarify that she didn't.

Kaley Cuoco also reflected on how she was initially asked to voice "Harley Quinn."

She remembered thinking that it would be a fun "side gig" and added, "But this thing has become huge. People love it. We're going into our third season."

Margot Robbie will continue to reprise her role as "Harley Quinn" in the soft reboot of the 2016 movie "Suicide Squad," directed by "Guardian of the Galaxy's" James Gunn.

"The Wolf of Wall Street" actress is set to reunite with Jail Courtney, Joel Kinnaman, and Viola Davis.

Meanwhile, there will also be new additions to the film, including Pete Davidson, John Cena, Idris Elba, Sylvester Stallone, and Peter Capaldi.

While Margot is returning for the reboot, Jared Leto, who played Joker, was reportedly snubbed.

Meanwhile, Kaley Cuoco is headlining the new HBO Max series, "The Flight Attendant," aside from her "Harley Quinn" gig.

The dark drama is based on the 2018 novel written by Chris Bohjalian.

Kaley plays Cassie Bowden, a heavy-drinking flight attendant who finds herself waking up in the wrong hotel and the wrong bed beside a dead man with no idea what happened.

She fled the scene as if nothing happened but couldn't get off her mind that she may have murdered the man.