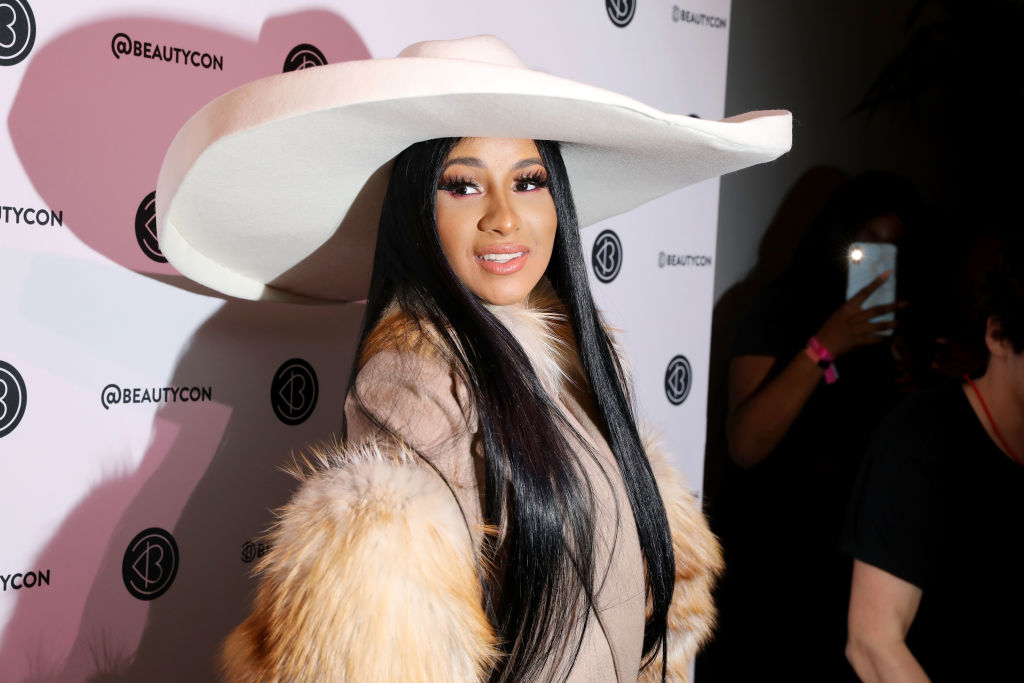 Cardi B gets real about her thoughts on social media and how it became a significant factor in her career.

In just a span of three years, the Grammy award winner went from being a stripper to a chart-topping artist after debuting her hit song "Bodak Yellow" in 2017.

The 28-year-old Manhattan native, whose real name is Belcalis Almanzar, is said to be the first female rapper to reach the top spot of Billboard's Hot 100 chart as a solo artist since Lauryn Hill in 1998.

Now, the "WAP" hitmaker reached another milestone in her life after being named as Billboard's "Woman of the Year."

During her interview with the publication, the mother-of-one shared her insights about her career, family, relationship with fans and social media.

Cardi B acknowledged how the internet helped her reach where she is right now.

"I'm always gonna love social media because I came up from social media. If it wasn't for me showing my personality on social media, I wouldn't be where I'm at," she mentioned, per BellaNajia.

To recall, aside from her past job as a stripper, the "I like it Like That" hitmaker was also a social media influencer, all thanks to her no-filter personality.

With this, Cardi B landed her role as one of the casts of VH1's reality television series called "Love & Hip Hop: New York."

Interestingly, Cardi B also revealed her possible job if she didn't become an artist.

She mentioned that her only dream back then was to be a stripper owning a laundromat, adding that if it wasn't because of her vocal and honest personality on social media, she would probably not get this far.

"If I didn't voice my feelings, I would probably be one crazy bitch on drugs. I don't do drugs; I smoke a little cigarette here and there, drink a little wine and Hennessy in the club, but those drugs I don't do."

Cardi B Admits Internet Is "Becoming a Toxic Place"

Despite the contribution of social media in her life, she described it now as a "toxic place" where people post awful side comments to a person.

"But social media is becoming a very toxic place nowadays. There's a lot of race-baiting. People will say the nastiest things just so they can have a top comment. The comments weren't like this back in 2013."

This came after she and husband, Offset, officially got back together when they were spotted kissing during her birthday bash.

Fans criticized the award-winning singer, and it even came to the point of harassing them in the wake of her reconciliation to the Migos rapper.

This prompted Cardi B to shut down her Twitter, saying that she is "so tired" explaining herself to the public.

"To be honest with you, my marriage is one of the least worries that I have right now," Cardi mentioned, adding, "I love my fans, and I'm thankful, and I'm grateful for everything you do, but some of you really be acting like I sleep with ya."

As of now, the only social media she has is her Instagram, where she regularly updates her 78.3 million followers with a glimpse of her life.