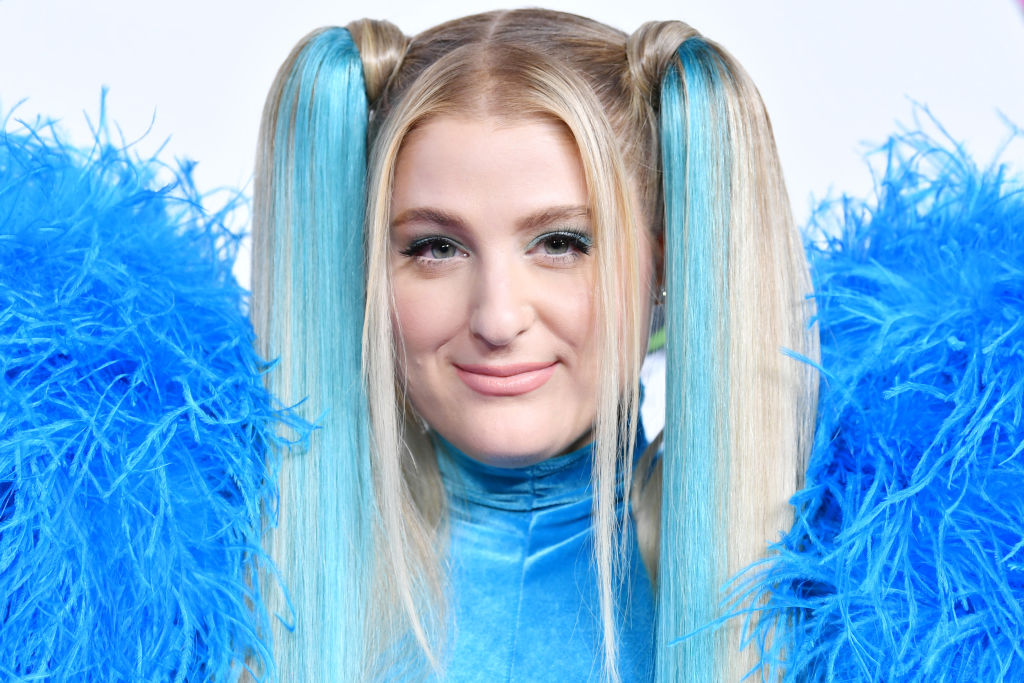 Meghan Trainor has to take extra care these days, especially during the holidays, as she waits to deliver her baby in February. She has developed a condition normal during pregnancy, but no woman would want to be saddled with, as it adds to the challenges and complexities of carrying a baby.

The soon-to-be mom has been diagnosed with diabetes and has to watch what and how she eats and continually check her blood. She already told Today (via E Online) about her condition, but she brushed it off quickly at the time.

Now, she went into detail how exactly it is affecting her and her pregnancy.

It looks daunting, but the "Better When I'm Dancin'" singer also shared she is confident she can do this. She believes she is absolutely crushing the third trimester of carrying her baby boy with husband Daryl Sabara.

"I got gestational diabetes, but so many women have it," Meghan said over the video call (via Mirror UK). "It was just the unknowing. I didn't know what it was. It's like a genetics thing. My mom had it and she didn't even give me a full warning."

She's doing everything by the book when it comes to being pregnant with diabetes to avoid any complications. "I just watch what I eat now. I write everything now, I check my blood. And we're good now. I've been crushing it," she shared.

The "Me Too" singer is also not letting this condition negatively affect her, as she described dealing with it as "just like a game" that she is already winning.

However, in another interview, Trainor does not deny that she is--like most new moms--worried about her pregnancy and her impending delivery.

As reported by E Online, she told radio station B101.1 that she really wants someone in the delivery room to calm her nerves: her mom.

She confessed that she's scared of giving birth, but her husband would not be allowed in the room. While she is fine with it, she still "needs" her momma and her "head rubs."

The "Like I'm Gonna Lose You" singer also reiterated on the radio show the surprising reason why she is pregnant during this crazy year in the first place. She already said this in Today with Hoda and Jenna and most people thought she was joking.

Apparently, she and her husband really planned this pregnancy to happen during the quarantine, even though most couples would have avoided doing so.

Trainor explained that instead of being scared of the quarantine and the pandemic, she viewed it as an opportunity to be pregnant in peace and quiet.

"We're so excited, and we planned it out so that when I tell people that it's scary to go to my appoints alone they're like, 'Well don't have a baby in quarantine,'" she shared to the radio station. "I just didn't want to travel so much when I was pregnant and I knew this was time when I could stay home and elevate my feet."

Trainor added there were appointments that her husband had to go to as her child's father, but some he did not have to because the doctors took it upon themselves to hold online appointments through FaceTime instead.

It can be remembered that last month, she revealed how sex with her husband is off the table because of the pregnancy. It's just not something she can mentally fathom doing with their son technically being with them in the room, she shared to People magazine.