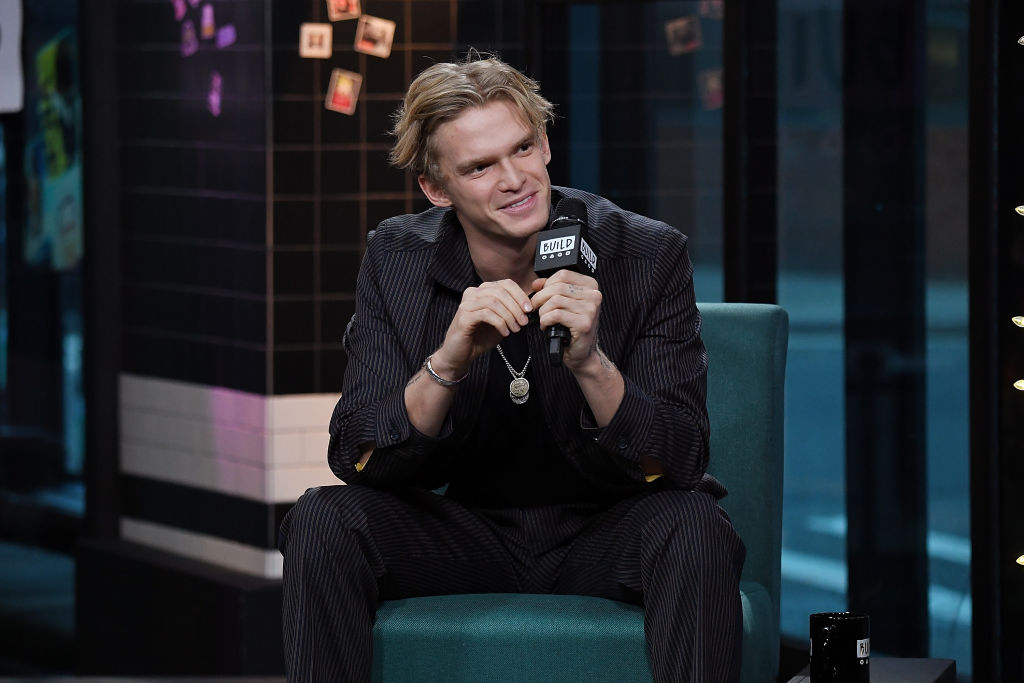 Sorry, Miley Cyrus - Cody Simpson has revealed that he went back to his "first love," and that's not you.

In an Instagram photo of himself in an outdoor pool, the Aussie hunk wrote, "I just qualified for my first Olympic trials."

"I'd love to share this personal milestone and let you in on my current journey as an athlete that I've kept relatively low-key until now."

Simpson further revealed that he grew up competing in the sport and had to cut his swimming career short because he was given an opportunity to be a singer- something that he "couldn't refuse."

Though the former ex-boyfriend of the wild child has experienced and learned so much from being a musician, performing and releasing albums, as well as Broadway acting and publishing poetry and traveling, Cody Simpson revealed he'll always be grateful for all of it.

But now, ten years later, he has gone back to what he truly loved - swimming.

"For years, I had been fuelled by the silent fire in my stomach of returning to the sport of swimming, with the idea that 2020 would be the year I'd try training again."

Cody Simpson, who dated Miley Cyrus from October 2019 until August 2020, revealed that he trained so hard during the lockdown just to get back into professional swimming.

He explained further about his goal, "It is my greatest ambition to expand the limit and perceived notion of what's possible for someone to achieve in a single lifetime, and I'm here to tell you can do absolutely ANYTHING if you are willing to work for it."

The "Not Just You" singer returned to the pool in October 2019 to compete for the Trojan Invite.

In July 2020, he admitted to doing "oxygen deprivation training," an exercise used by swimmers to improve their ability to deal with little to no oxygen in their bodies.

Uploading a photo of himself working out while wearing a face mask, the singer wrote, "Be like water making its way through cracks. Do not be assertive, but adjust to the object, and you shall find a way around or through it."

In an interview with Men's Health early this year, Cody Simpson revealed that he was able to maintain his swimmer's physique during the entire coronavirus pandemic by doing 20-minute no-equipment workouts at his house.

Cody Simpson won two gold medals at the Queensland Swimming Championships when he was only 13 years old.

In 2016, he even boasted that his primary school swimming records were still holding up after seven years.

Meanwhile, one of the biggest swimming professionals, Michael Phelps, who won 28 Olympic medals throughout his career, commented, "Lfg!! Congrats, mate."

Another Australian Olympian, Ian Thorpe, also celebrated the news by responding with a bunch of thumbs-up emojis.

The upcoming Tokyo Olympics was initially supposed to occur in 2020, but they had to postpone it because of the coronavirus pandemic.