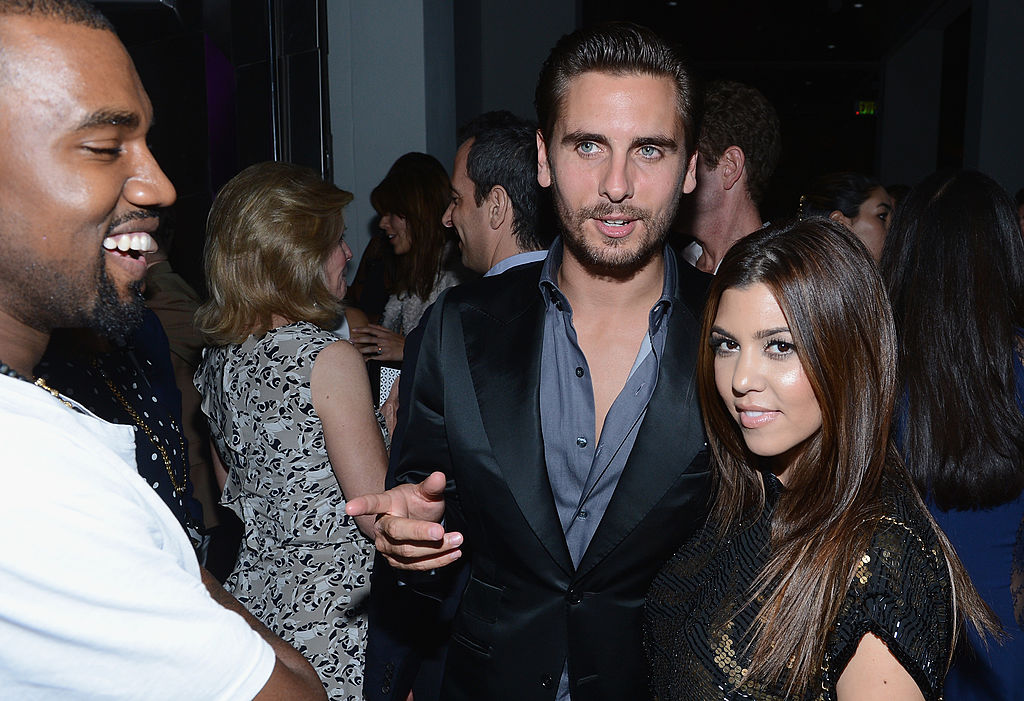 Scott Disick has only positive words to say about his ex-partner, Kourtney Kardashian.

In his latest Instagram post, the Talentless founder praised the "Keeping Up With The Kardashian" star as they celebrated the birthdays of their sons Reign and Mason.

He called the Poosh owner the "best baby-maker in town" while postin a photo of them with kids Penelope and Reign on a staircase.

"Thank you @kourtneykardash for being the best baby maker in town; I couldn't have asked for a better person in the world to have these amazing children with, I love u and our family more than anything in the world, Dissick wrote.

Sure enough, fans can't help but gush over the family's cute photo.

"Just get back together already," one user wrote, while another was distracted by Disick's hilarious caption and commented, "It's the caption for me."

With their setup, a third fan pointed out that the two should get married. "Give the people what they want," the said fan mentioned while adding a ring emoji on the caption.

Meanwhile, an individual insisted that the father of three should end up with the reality star: "Please stop looking in other girls what you had once with Kourtney!!!!! You belong with her."

The 37-year-old Disick, who is a New York native, became a household name after the long-running reality show debuted on E! In 2007. "KUWTK" viewers then witnessed how his on-again-off-again romance with Kourtney evolved alongside controversies.

Unfortunately, Kourtney Kardashian and Scott Disick ended their nine-year relationship in 2015, though they have remained in good terms for the sake of their kids.

In his preview interview on Entertainment Tonight, the "Flip it Like Disick" star got honest about their co-parenting status.

He admitted that they put a lot of effort to make things work between them.

"Life is a challenge, and if you work at what you want, you get it. But it takes hard work, as simple as that," he explained, adding: "You can easily live less of a life without working as hard, and that's up to you."

Following the duo's highly publicized breakup, both Kourtney Kardashian and Scott Disick chose to move on with their respective new flames.

For the mother-of-three, she had been rumored to be dating her younger sister's pal, Justin Beiber.

In a report cited by Us Weekly, the two were said to be "hooking up" months after she and Disick called it quits.

This was followed by her alleged romance with Younes Bendjima in 2016. At the time, rumors sparked that Kourtney is serious with the Algerian model.

Unfortunately, their relationship only lasted two years after calling it quits in August of 2018.

As for Scott Disick, he went on a spree of flings and hookups after his breakup with the "KUWTK" star.

First, he was rumored to be dating Disney alum Bella Thorne, but the "Midnight Sun" actress revealed that she was "never with him sexually."

"I've never seen Keeping Up With the Kardashians ... I don't follow up with any of that," she told the SiriusXM radio show.

The 37-year-old reality star then moved on with Kylie Jenner's friend, Sophia Richie, dating her from 2017 to mid of 2020.