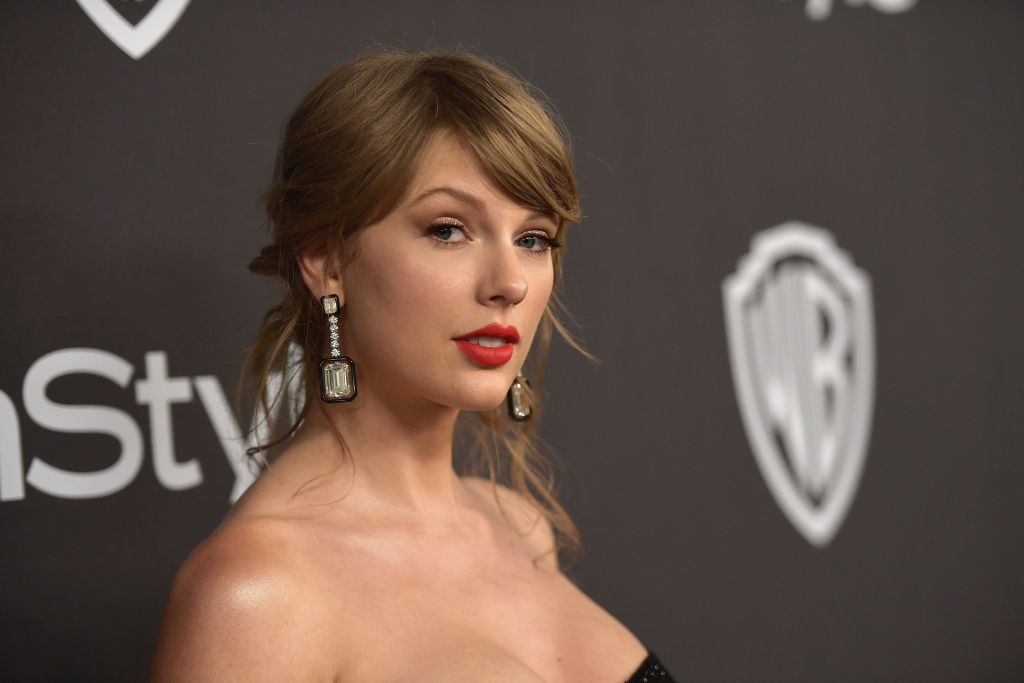 It appears that Taylor Swift already got what she wanted for Christmas--in the form of Joe Alwyn.

The notoriously private couple has been dating for more than four years now, and they are still going strong.

According to People, the "Bad Blood" hitmaker "is happy" being with the 29-year-old British actor.

Moreover, the source also told the outlet that Taylor considers him as "her rock," adding that "their relationship is mature and wonderful."

The 10-time Grammy winner started dating Alwyn in 2016 but has kept their romance under wraps.

Although they have been photographed a ton of times together, most especially during the blonde beauty's stay in London, Tay-Tay reportedly "loves" that they managed to keep their relationship as private as possible.

Interestingly, the award-winning singer has now been more open about her status with the "Harriet" actor.

Following the release of her surprise quarantine studio album "Folklore" and "Evermore," fans speculated that one of the collaborators in the album is Taylor Swift's boyfriend himself.

However, Swifties thought that WB was a pseudonym for her beau.

Tay-Tay then set the record straight and confirmed that the mysterious collaborator is indeed the British actor.

"There's been a lot of discussion about William Bowery and his identity. He's not a real person... William Bowery is Joe, as we know. And Joe, Joe plays piano beautifully, and he's always just playing and making things up and kind of creating things," she mentioned in her Disney + special "Folklore: the Long Pond Studio Sessions."

With the success of Taylor Swift's album, the "Shake It Off" songstress also spoke about the process of creating music under quarantine.

During her recent  interview with Zane Lowe on Apple Music, the Pennsylvania-born pop star shared that she and Alwyn bonded over making music on her latest album, "Evermore."

"We write the saddest [songs]. We just really love sad songs. What can I say?..It was a surprise that we started writing together. But in a way, it wasn't because we have always bonded over music and had the same musical tastes."

Moreover, Swift praised Alwyn for his musical abilities and said that he would always play instruments and randomly write songs.

However, singer admitted that she and the "Billy Lynn's Long Halftime Walk" actor won't be able to write and create songs if there was no lockdown.

"But do I think we would have taken the step of, 'Hey, let's see if there's a song in here. Let's write a song together?' If we hadn't been in lockdown, I don't think that would have happened, but I'm so glad that it did. We're so proud of that one."

Aside from "Exile," Taylor Swift and Joe Alwyn also collaborated on the track "Champagne Problems" from her ninth studio album "Evermore."