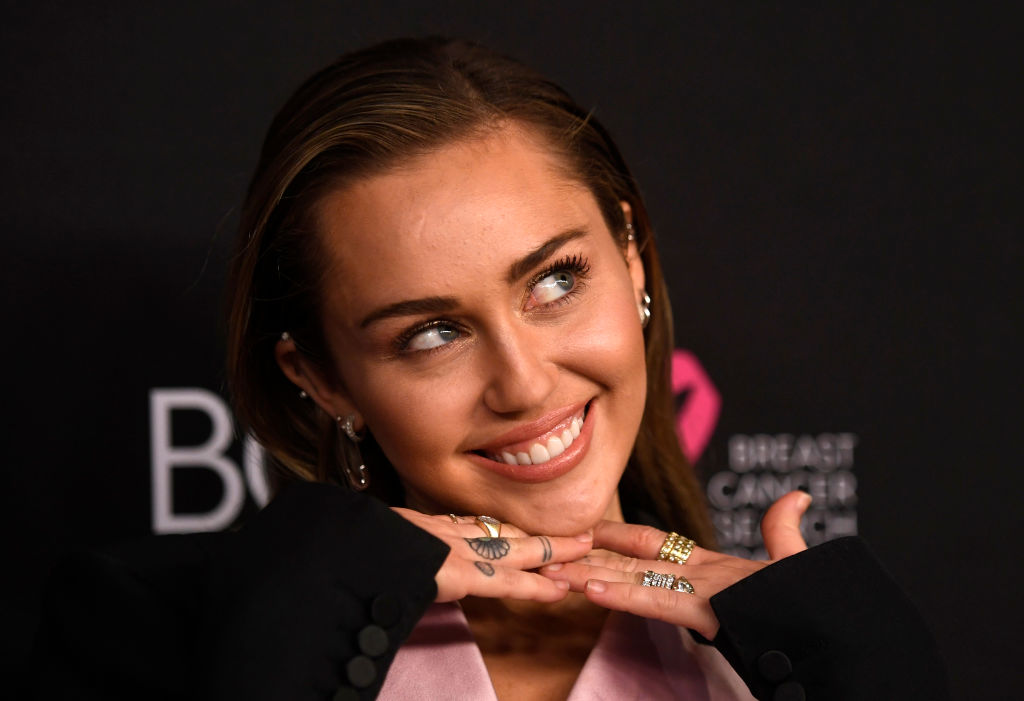 Miley Cyrus' TikTok comment on Shawn Mendes and Camila Cabello's cover of her song left a lot of people in shock.

The "Wrecking Ball" hitmaker proved that she's truly an unbothered queen after posting a wild proposition to the young couple.

After seeing the couple's version of her 2009 hit track "The Climb" on TikTok, the blonde beauty asked the "Senorita" singers to have a "three way."

In a clip obtained by Instagram account @commentsbycelebs, the Canadian crooner and the former Fifth Harmony member can be seen emotionally singing one of Miley Cyrus' songs from her movie "Hannah Montana" in what appears to be their living room.

Impressed by the couple's rendition, the "Midnight Sky" artist joked, "Let's have a three way."

The 28-year-old pop star went on to clear her proposal and mentioned, "A three part harmony obviously, Shawn. You filthy animal."

A second user seemed to miss the point of the pop star's remarks  and went on to criticize her for dropping an offensive response: "What a nasty piece of white trash."

An individual echoed the same stance and blasted Cyrus and her family for her disgusting actions.

"Another Nasty desperate pig from the Cyrus family. However I'm sure daddy's lovin it. I'll bet both piglet sisters are proud to show off their very busy goods to daddy," the said critic tweeted.

This is not the first time that Cyrus' TikTok response made it to the headlines.

Earlier this month, the "We Can't Stop" songstress responded to a viral challenge after a couple of fans posted a video of themselves dancing and kissing alongside a note, "If Miley Cyrus comments we will get married."

Surprisingly, the pop star replied with a swipe at her failed marriage with ex-husband Liam Hemsworth.

"Hope it goes better for you two than it did for me. Congrats" she wrote followed by a ring, skull and a black heart emoji.

Over the past weeks, the "So Undercover" actress is revealing more about her previous romance with the Aussie hottie.

During her appearance at the "The Howard Stern Show" on SiriusXM radio, Cyrus opened up about the trauma she experienced during the Malibu fire and how it affected her marriage with her ex-husband.

"Our house burned down. We had been like, engaged -- I don't know if we really ever thought we were actually going to get married, but when we lost our house in Malibu -- which if you listen to my voice pre-and post-fire, they're very different so that trauma really affected my voice," she explained.

Miley also admitted that she "did love him very, very, very much and still do, always will" but had to break up and let go of Hemsworth because "there was too much conflict" between them.

READ MORE: Charli D'Amelio, Family To Star in Own Reality Show on Hulu