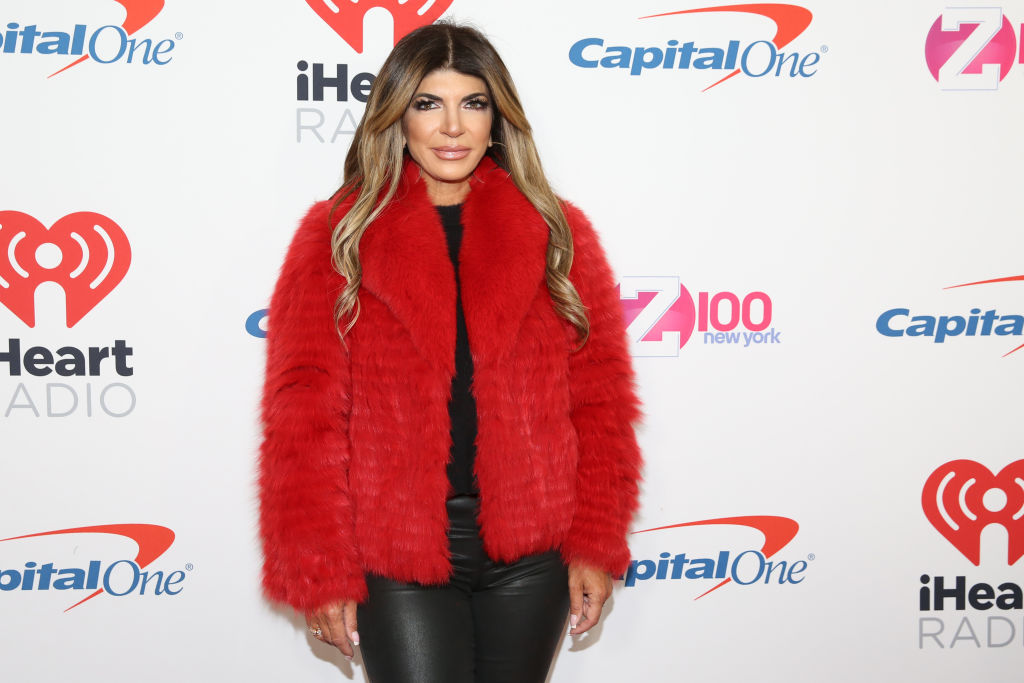 Teresa Giudice is saying goodbye to 2020 with a happy heart, thanks to her boyfriend Luis "Louie" Ruelas.

It came after "The Real Housewives of New Jersey" star and the 46-year-old businessman made their relationship Instagram official.

This is the first time that Teresa's hunky boyfriend made a debut on her social media despite being spotted together on several occasions.

Wearing a white polo, Ruelas cuddled up with Teresa as he wrapped his arm around the Bravo star's waist. Giudice was sitting on his lap donning a black glittery long sleeved dress while they both smiled for the snap.

Capping of her post is a sweet caption that says, "the BEST thing that came out of 2020.

Following her surprising IG post, her famous friends took to the comment section to congratulated the duo.

Meanwhile, former "Jersey Shore" star Angelina Lashelina pointed out how "happy" the cookbook author looked with her budding romance with Ruelas: "@teresagiudiceglad to see u happy.  you're glowing."

The same goes with "RHONJ" Jennifer Aydin, who echoed the same thought and commented "So happy for you."

Last month, Us Weekly confirmed that Teresa Giudice is dating the businessman after almost one year from her split with ex-husband Joe Giudice.

At the time, her sister-in-law and Envy designer Melissa Gorga hinted that the mom-of-four is currently happy with someone.

"Teresa's good. She's got her little boyfriend," she revealed to "The Real Housewives of Salt Lake City's" Jen Shah during their Instagram Live session.

Following the rumors about her new lovelife, the reality star opened up about her relationship with Luis Ruelas.

During her interview with "Watch What Happens Live With Andy Cohen," she mentioned that she wanted to take "things slow" with her new man.

"It's fairly new, so I'm taking things slow and we'll see where it goes from there," she mentioned.

Who Is Teresa Giudice's Boyfriend?

According to his Bloomberg profile, Luis Ruelas is a New Jersey-based businessman who co-founded Digital Media Solutions.

He also serves as the executive vice president of the company that "offers acquisition solutions, subscription marketing, lead management technology, and managed services."

Just like the reality star, he is also a parent and has two kids from his previous marriage.

One of his children has special needs therefore he "spends a great deal of time advocating for children with special needs with a particular focus on Autism given his son's condition," per his company bio.

READ MORE: K.T. Oslin Passes Away at 78 -- Possible Cause of Death of 80's Ladies Singer Revealed