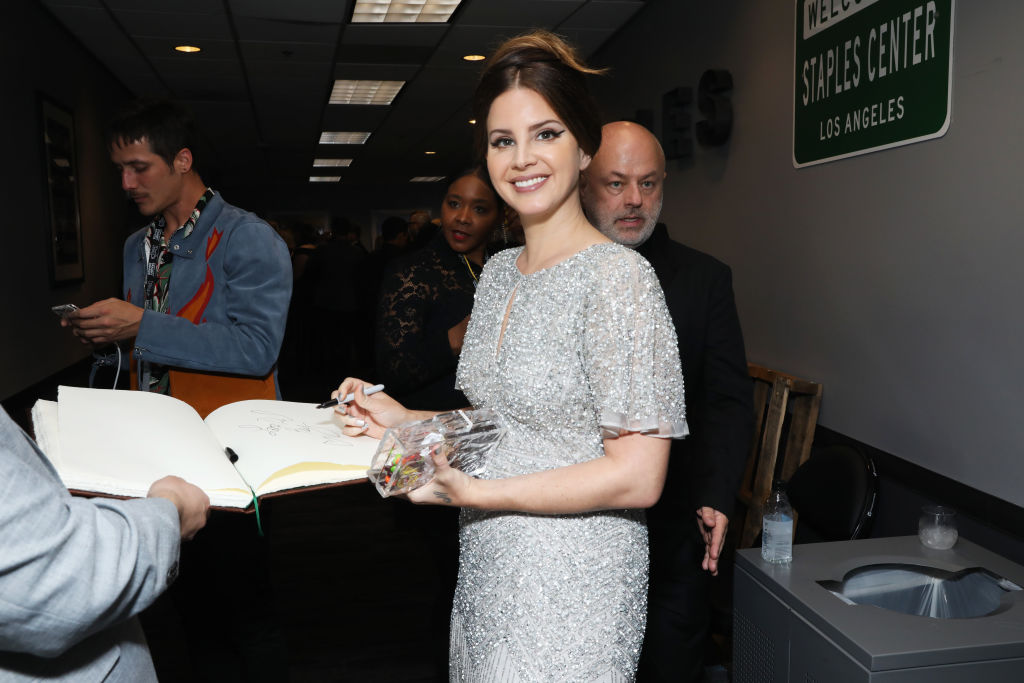 Not even the controversies can stop Lana Del Rey from giving her fans a treat from her upcoming album, "Chemtrails Over the Country Club."

Following the release of her cover art and 11-song track list, the award-winning singer-songwriter dropped her first music video from her seventh studio album.

Debuting on Monday, the "Chemtrails Over the Country Club" music video started off with a retro glamour vibe, as Del Rey was dressed in her '60s outfit.

Moreover, Lana was seen cruising around in a red vintage top down Mercedes-Benz, looking classy with her chunky pearl accessories alongside her infamous mesh mask.

The singer's old school aesthetic would not be complete without a slew of her stunning friends lounging around the pool, donning some classic pieces like white flowy silk dresses, hats and swimsuits.

However, in the latter part of the "Chemtrails Over the Country Club" music video, the blonde beauty and her similarly debutante companions turned into werewolves as the clip became black and white.

Just before Christmas, the 35-year-old hitmaker took to Instagram to tease her fans about her project.

"Chemtrails over the country club video out January 11," Lana Del Rey's Instagram caption reads, which she posted alongside a black-and-white photo of her dressed with pearls and lace together with a white fur friend.

"One of Lana Del Rey best music videos for sureee," one user tweeted.

On the other hand, an individual posted her interpretation over the "Young and Beautiful" songstress' music video wherein she was transformed into a werewolf.

"In the following scenes the video clip shows Lana changing shape, transforming from a human into a wolf, the point where Lana breaks a glass and passes symbolizes her movement from Real world in the metaphysical, as she loses her self-control and kills an innocent human."

Del Rey's "Chemtrails Over the Country Club" album is a follow up to her sixth studio "Norman Fucking Rockwell!" which was released in 2019.

Aside from this, Lana Del Rey's songs on her new album includes "Let Me Love You Like a Woman," "Tulsa Jesus Freak" and "White Dress."