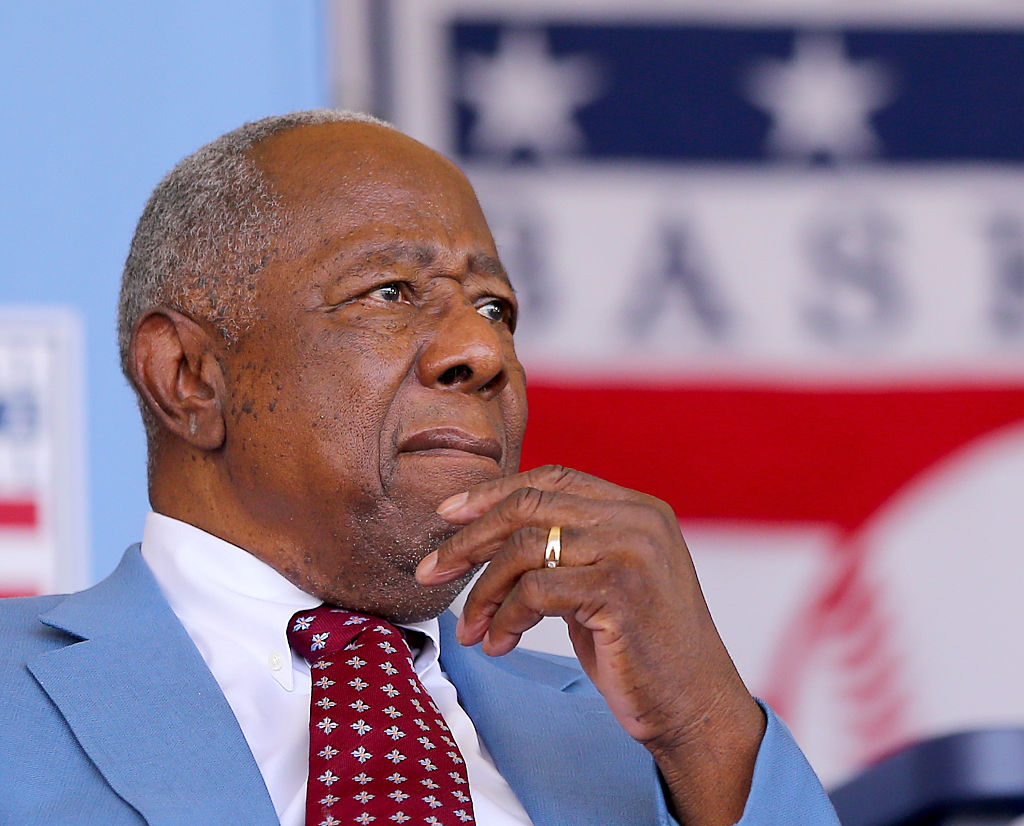 Hank Aaron died on January 22 at the age of 86 a few weeks after receiving the first shot of COVID-19 vaccine. At the time of his passing, no cause of death was provided.

Now, according to TMZ Sports, officials don't believe that the vaccination played a role in his passing, based on the Fulton County Medical Examiner's office's initial investigation.

A representative for the office confirmed to the outlet that Hank Aaron's cause of death is due to natural causes that are not related to the COVID-19 vaccine shot.

Before the confirmation, Bradley Beal's wife, Kamiah Adams-Beal, insinuated that the slugger's death was due to the vaccine.

The NBA star's spouse took to her social media to claim that "close members" of the MLB great verified that he wasn't ill at the time of his death.

Later on, Kamiah was prompted to post an Instagram Story saying, "Play with that vaccine if you want to."

However, she later received a massive amount of backlash from netizens, with one Twitter user saying she was a dummy for "spreading false rumors about the vaccine."

"Why do we even follow these stupid, famous people?" the critic said.

Another pushed the Washington Wizard guard's wife to "educate" herself on the COVID-19 vaccine because she "sounds dumb as ever."

Robert F. Kennedy Jr. took to his Twitter to say that the death of the Atlanta Braves icon is just "part of a wave of suspicious death among elderly" after getting the vaccine.

Twitter users also slammed Kennedy for stooping down to a new low, telling him, "You are a danger to public health and a disgrace to your family. A reckless and horrible man."

Meanwhile, following Hank Aaron's death, fans of the Braves are calling to change the name from "Braves" to "Hammers."

Social media users called out the team to change its name so it would match the Hall of Famers' nickname, "Hammerin' Hank."

According to an online petition backing up the idea, changing the team's name would "honor the icon" who represented Atlanta for more than 50 years.

The Braves have reportedly resisted the call to change the name. They previously saw it as a homage to Native Americans instead of them being racial slurs.

Though the events will be private, they will be broadcasted by several outlets.

Aaron's family has also asked the fans to donate to his Chasing the Dream Foundation instead of sending flowers.

Hank Aaron died at the age of 86 a few weeks after receiving the COVID-19 vaccine's first shot. (Elsa/Getty Images)