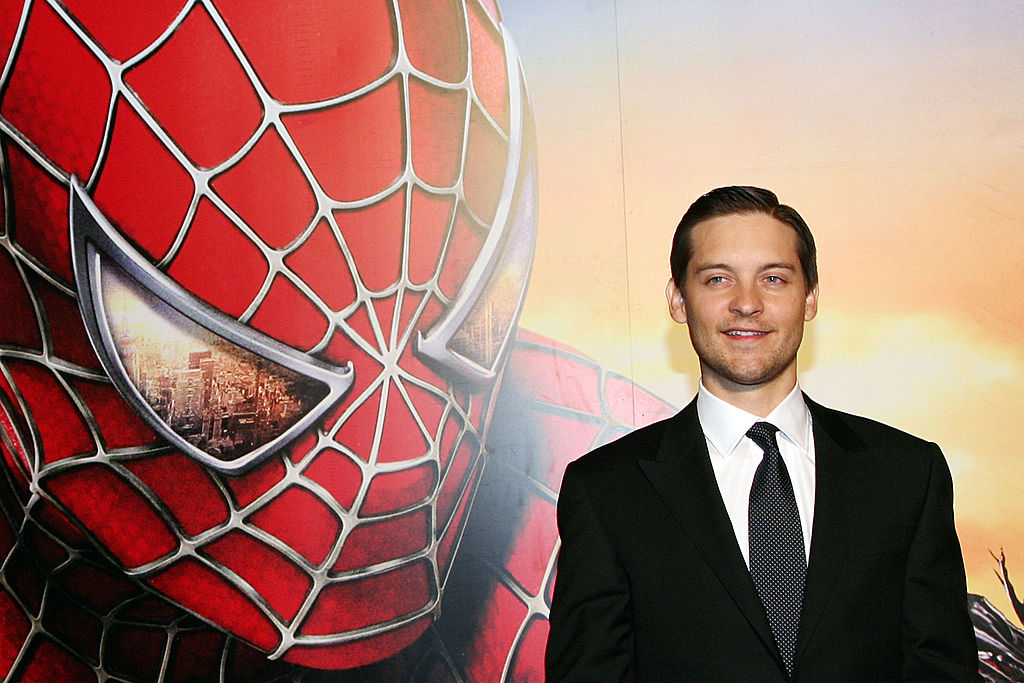 Long-time fans of Tobey Maguire have been waiting for him to re-appear in "Spider-Man 3." But while the rumor of his possible return is yet to be confirmed, a new concept art showed what he would look like in his Spidey suit again.

The rumors surrounding the upcoming "Spider-Man" installment gets more interesting day by day.

While there are still no concrete details about Tom Holland's film yet, there have been talks that Maguire and Andrew Garfield would reprise their respective roles to create the Spiderverse.

Since it has been years when fans saw Maguire in that friendly neighborhood costume, an artist reimagined him as Spider-Man and offered a concept art for it.

On Instagram, an artist named bobby_art made a more "Peter B. Parker" look for the actor.

The Instagram user dressed him up using Parker's looks in "Into the Spider-Verse."

In the picture, Maguire can be seen wearing a green jacket over the top of his webbed suit. While he looked older than ever, he flaunted the same old moody face like he is already a part of the "Spider-Man 3" cast.

"Here is my character poster of Tobey Maguire's Peter Parker in a more Peter B. Parker kind of look! Tobey's version of Spider-Man is my favorite live action so making this poster was pretty fun to make," bobby_art captioned the post.

In his previous post, bobby_art also gave the actor a combination of his own suit and the design in the "Spider-Man 3."

Spider-Man 3 Full Movie: When Will It Be Released?

As of writing, the "Spider-Man 3" release date remains unknown. However, it has been confirmed that the upcoming installment will be part of the Marvel Cinematic Universe Phase 4.

The final list of "Spider-Man 3" cast is also yet to be publicized, but several stars have already been connected to the film.

Aside from the three Spider-Man, Alfred Molina and Jamie Foxx will reportedly appear again.

On December 8, The Hollywood Reporter said that Molina will reprise his role as Doctor Otto Octavius/Doctor Octopus in the upcoming flick.

Meanwhile, Foxx already revealed in a now-deleted post that he is returning as Electro. His character appeared in Garfield's "The Amazing Spider-Man."

The reports revealed that he will be Spider-Man's newest mentor, taking over from Robert Downey Jr.'s Iron Man and Samuel L. Jackson's Nick Fury.

This created a direct connection with Holland's "Spider-Man 3" and Cumberbatch's "Doctor Strange 2, "and it explains why the old villains are also set to return.

Tobey Maguire is back as Spider-Man in a new concept art! (Franco Origlia/Getty Images)