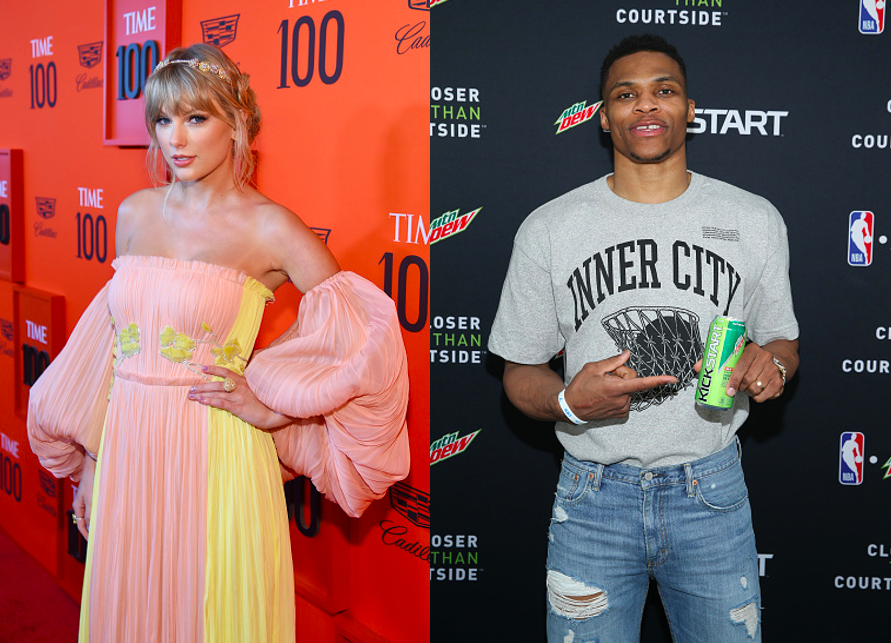 Taylor Swift fans are using the power of social media to help one NBA player to get on a very special game.

Washington Wizards guard Russell Westbrook isn't having a great start to the season. He is averaging 20.9 points, 9.4 rebounds and 9.5 assists while shooting 40.7 percent from the field and 36.5 percent from deep. However, his team is struggling and is at the bottom of the standings.

But despite Westbrook's low impact on the team, Swifties are campaigning to make him part of this year's NBA All-Star Game.

The NBA All-Star Game is an exhibition game being hosted every February that boasts 24 of the league's star players.

It is a three-day event featured in NBA All-Star Weekend. While there is still no confirmation if the event will push through because of the pandemic, the voting continues.

Now, Taylor Swift Indonesia took to Twitter to tell their fellow Swifties to tweet about Westbrook with the hashtag, #NBAAllStar.

Hey guys!!! It's time to unite and help @russwest44 to get into the NBA! Russel is a professional basketball player AND a huge Swiftie! You can reply and also tweets with hashtags #RussellWestbrook #RusselAllStar #NBAAllStar pic.twitter.com/PrwtWgvF3X

Russell Westbrook To the All-Star Game?

Taylor Swift, who has recently come out with her two surprise albums "Folklore" and "Evermore," has over 146 million followers on Instagram.

It's possible to get the Wizards star in the NBA All-Star due to the fanbase alone.

However, according to the association, only 50 percent of the fan votes are accounted for. The current players and a media panel would still decide the other half.

Fans of both Taylor Swift and Russell Westbrook joined in on the campaign, with one Russell westbrook fan account even saying: "Taylor Swift has the best fans in the world! Thank you all!"

Other basketball fans also revealed how the pop star has "gained hundreds of new fans today" thanks to the Swifties' All-Star campaign.

Meanwhile, other fans have also started becoming fans of the Wizards' dynamics guard.

Russell Westbrook, a nine-time NBA All-Star, is a massive Taylor Swift fan. He has posted recordings of himself singing to some of Taylor Swift's songs and even attended her concert at the Staples Center in Los Angeles.

When Kevin Durant left the Oklahoma City Thunder, he even posted a clip of himself singing to "We Are Never Getting Back Together."

In 2017, the "Cardigan" hitmaker congratulated Russell when he won the NBA's Most Valuable Player for the 2016-17 season.

In the message, Taylor talked about their "decades-long friendship," where she claimed to have taught him how to dribble and "shoot hoops."

She even talked about how Russell inspired her song "Shake It Off."

However, the story is all fake, as they have never met in real life.

It was just a reminder of how Swift was willing to go the extra mile for her fans, especially for someone who's a dedicated Swiftie as Russell Westbrook.

Taylor Swift fans are using the power of social media to help Russell Westbrook get into the NBA All-Star game. (Larry Busacca and Phillip Faraone/Getty Images)