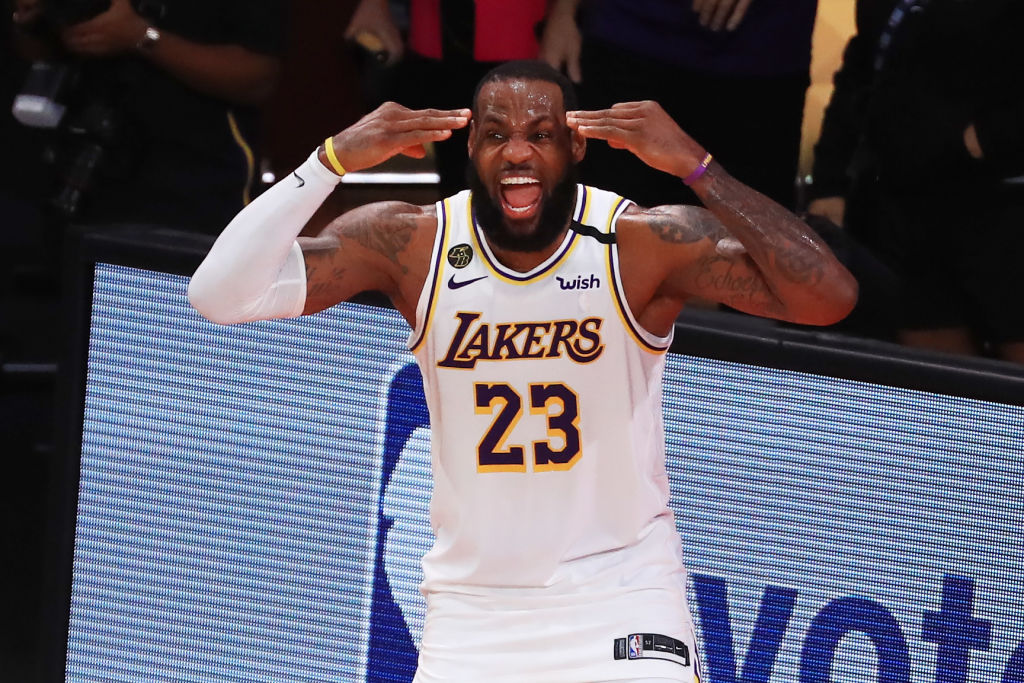 Los Angeles Lakers star LeBron James is a man of many talents, but aside from his love for basketball, there is also another thing he couldn't live without: music.

The NBA star said as much in his latest tweet. LeBron, apparently thinking out loud like most people do, confessed his love for music and shared his desire to make an album of his own.

"My love for music is INSANE!!! I think I'm going to do a album. Oh no I won't be rapping or anything like that. I'm not crazy, I know what I'm great at, but I tell you one thing I do have. So many friends that can,' the Lakers star wrote.

My love for music is INSANE!!! I think I’m going to do a album. Oh no I won’t be rapping or anything like that. I’m not crazy, I know what I’m great at, but I tell you one thing I do have. So many friends that can. 😉😁! Thinking out load 🤔👑💭.

Will LeBron James Be a Singer?

While LeBron noted that he won't be rapping or anything like that, it's possible that he could sing or have a part in the singing process even if he is not in the lead. He did say he has a lot of friends who can sing.

Being in Los Angeles, LeBron has great access to all the celebrities he wants to collaborate with. That will certainly be easy for an athlete of James' caliber.

For what it's worth, with James admitting he doesn't have the out-of-this-world singing talent comparable to his basketball skills, it is possible that he's thinking of funding or producing an album. After all, his SpringHill company is already doing films, with "Space Jam 2" probably the biggest project yet of the institution.

While it is only an idea for now, LeBron definitely has the money to make it happen. This 2021, he is set to join a list of few athletes to reach the billion-dollar mark in career earnings.

LeBron James and the Lakers

His possible musical debut aside, LeBron James is having another great year for the Lakers. The Purple and Gold franchise is currently second in the Western Conference Standings with a 22-7 record, which is also the second-best win-loss tally in the NBA.

It looks like LeBron James is planning to enter the music scene. ( Mike Ehrmann/Getty Images)