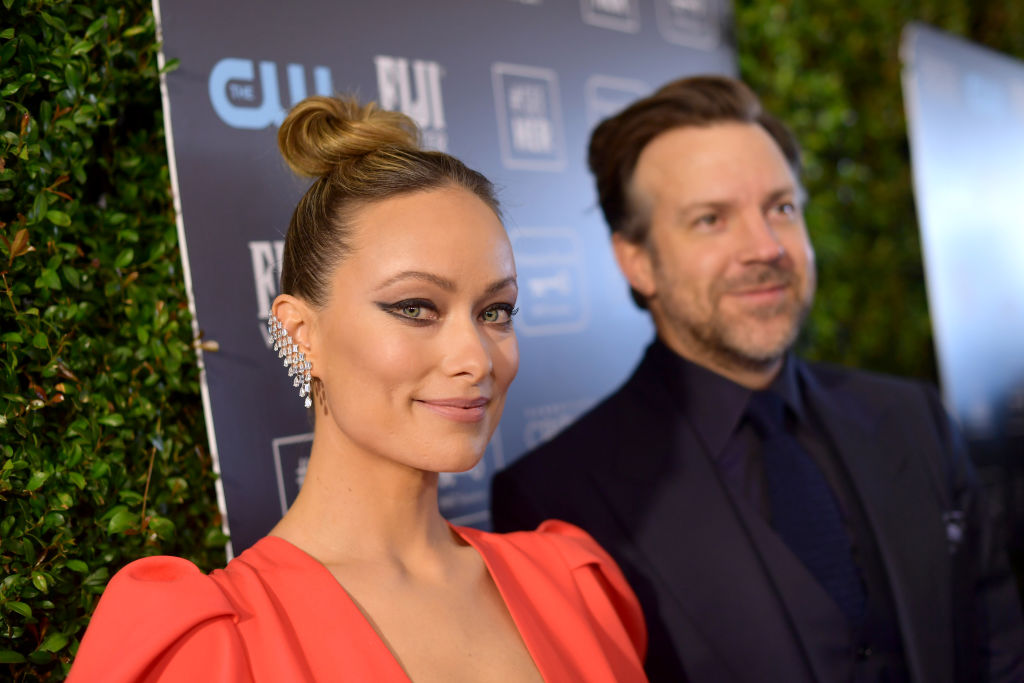 The Sun reported that Sudeikis' relationship with Keeley Hazell happened in the wake of his split from the Hollywood actress after she started dating Harry Styles.

The outlet confirmed that Sudeikis and Hazell's relationship is going well, even naming a character in his currently-filming Apple TV show "Ted Lasso" after the model.  According to their source, "When Jason found out about his wife and Harry, Keeley was one of the people whom he turned towards."

When Sudeikis was left devastated by Wilde's decisions, Hazell was there for him--even describing her as "brilliant" and "incredibly supportive."

"He invited her to join him for dinner with mates in LA, and their flirty banter quickly set tongues wagging," the source added.

Sudeikis and his rumored girlfriend first met in the film "Horrible Bosses 2" back in 2014. Since then, they have been friends.

The 34-year-old British model is the first woman to be linked with Sudeikis after his split from Wilde.

However, Sudeikis is reportedly not in a rush to leap into a new relationship.

According to Entertainment Tonight, the 45-year-old is not ready to start dating after he and his girlfriend of 10 years broke up in November.

An insider told the outlet that Hazell had become a great friend for the former "Saturday Night Live" star during the breakup period.

Meanwhile, another tipster told Us Weekly, "They have grown closer for sure, but Jason absolutely isn't ready for any serious relationship."

While Jason Sudeikis can't move on from his previous relationship, Widle was quick to jump into another one.

Though she has not confirmed it yet, nor her former One Direction boyfriend, Wilde has been linked to Styles since early January.

Rumors have been swirling that the new couple's bond is bigger than their working relationship, with an insider telling Us Weekly that sparks flew instantly as soon as they were on the set.

"It was only a matter of time before they got together," the source told the outlet.

She was seen at Sudeikis' home, going back and forth from the house to the car with numerous pieces of luggage in her hands. Apparently, she transported her items to her new beau's home.

According to a report, Jason Sudeikis is not yet ready to move on and start a new relationship after breaking up with Olivia Wilde. (Matt Winkelmeyer/Getty Images for Critics Choice Association)