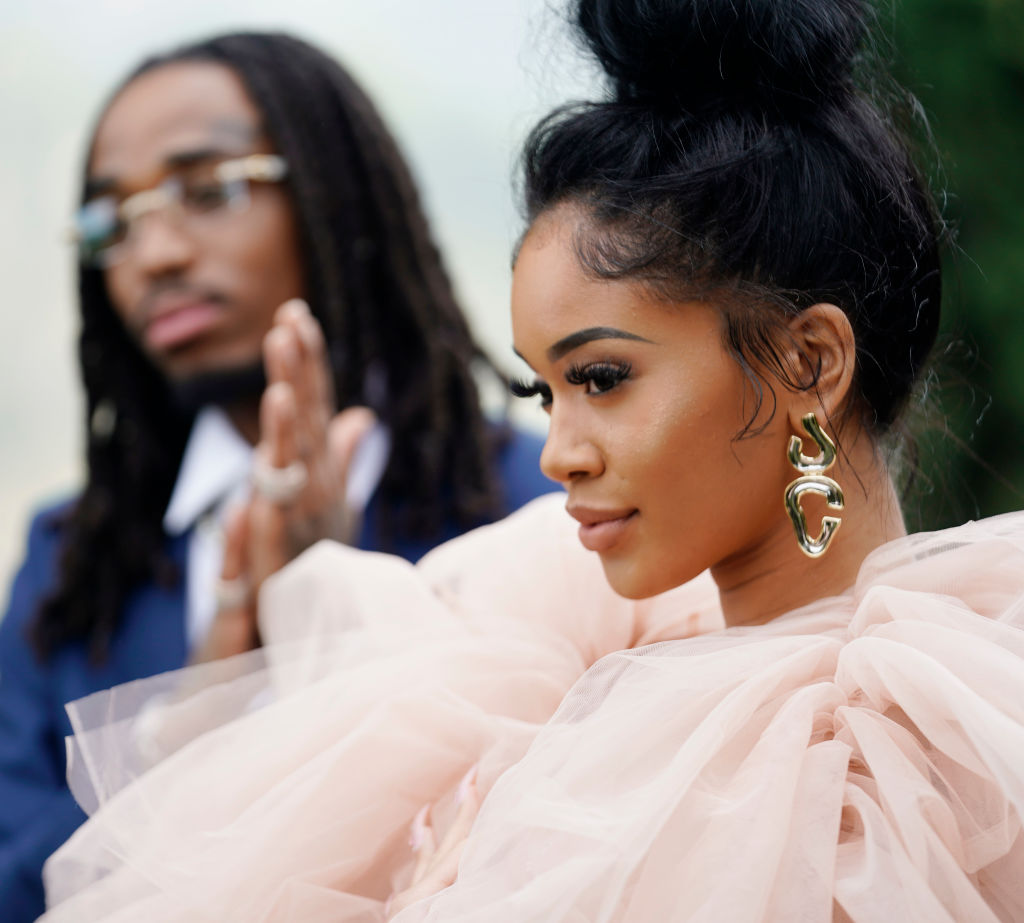 Saweetie and Quavo have responded to the disturbing video of them fighting in an elevator, saying it happened a year ago and wasn't the reason for their breakup.

The Migos rapper, 29, spoke with TMZ after the website released video footage of the altercation, which allegedly took place in a North Hollywood apartment complex.

Saweetie can be seen in the video swinging at Quavo as they prepare to board an elevator. Quavo starts the altercation by taking Saweetie's arm and swinging her into the elevator.

READ ALSO: Saweetie Net Worth 2021 vs Quavo and Past Boyfriends: Who's the Richest She's Ever Dated?

Both fall to the ground, with Saweetie remaining there after Quavo rises. He gets out of the elevator when it opens and makes sure it remains open as Saweetie limps out.

In his statement, Quavo claimed that he never physically abused his 27-year-old ex-girlfriend.

"We had an unfortunate situation almost a year ago that we both learned and moved on from. I haven't physically abused Saweetie and have real gratitude for what we did share overall," Quavo said.

Saweetie made a comment about the video as well. She, like Quavo, said that the incident occurred a year ago and that they have both moved on.

"This unfortunate incident happened a year ago, while we have reconciled since then and moved past this particular disagreement, there were simply too many other hurdles to overcome in our relationship and we have both since moved on," she told Page Six while urging everyone to respect her privacy in this regard.

After three years of dating, Saweetie and Quavo called it quits in mid-March.

I’m single. I’ve endured too much betrayal and hurt behind the scenes for a false narrative to be circulating that degrades my character. Presents don’t band aid scars and the love isn’t real when the intimacy is given to other women.

Les McKeown Dies 'Suddenly' at 65: What's the Cause of Death?