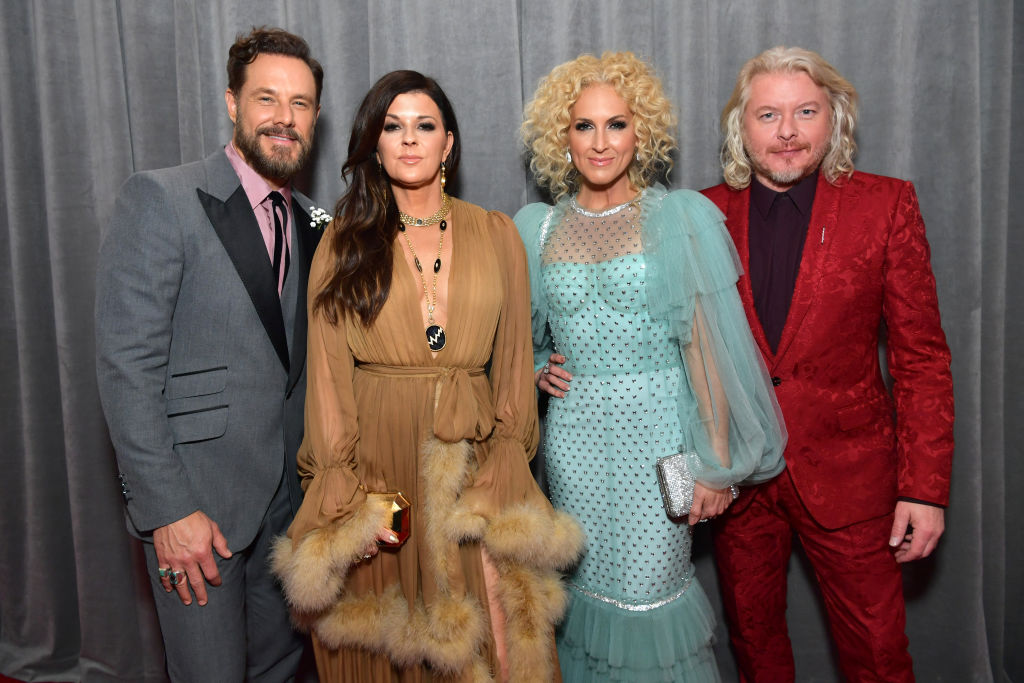 Ahead of the Little Big Town's performance at the ACM Awards on Sunday, the band announced saddening news about Sweet.

The band recently sat down for an interview on Audacy where they gave an update regarding Sweet's COVID-19 diagnosis.

According to Jimi Westbrook, their co-member is not feeling well.

"He seems to be holding off the really bad stuff, just a little not feeling great," he added.

Meanwhile, its lead singer Karen Fairchild shared how sad Sweet feels since he will not be able to attend the whole ACM week. Still, she assured their fans that the member will be back soon.

Little Big Town is up to compete for the Group of the Year category. They are set to perform their latest hit "Wine, beer, Whiskey" during the broadcast on Hollywood.

The award show will air live on April 18 and will be hosted by Keith Urban and Mickey Guyton.

Apart from Little Big Town, the audiences will also see performances from Miranda Lambert, Elle King, Blake Shelton, and Dierks Bentley, among others.

Will Someone Replace Phillip Sweet?

In the same interview, the band roasted their absent member and joked about replacing him.

Westbrook hilariously said that they opened an audition for 50 people. Kimberly Schalpman even joked about bringing Sweet's lookalike Richard Branson.

Fairchild also shared what she will be wearing for the show. Per the singer, she will don a Stella McCartney dress.

"We have two fabulous dresses for Kimberly and it's really a toss-up. She's got to wear both of them eventually. But I think she's wearing Carolina Herrera. But we might flip a coin, we'll see. Sometimes in the moment, we just go, 'We should do this,'" she detailed.

READ ALSO: Jennifer Lopez, Alex Rodriguez May Get Back Together Despite Announcing Break-Up

The quartet began its journey in the music industry in 1998. However, they waited until 2002 to finally released their first self-titled debut album through monument records.

In the same year, they released "The Road to Here" which immediately scored a platinum certification from the Recording Industry Association of America (RIAA).

Among their hit songs include "Pontoon," "Better Man," "Bring It On Home," "Day Drinking," "Girl Crush," and "Little White Church."

At the same time, they have been holding tours across the country, with "The Nightfall Tour" as their latest gig.