KPVI noted that Armani took inspiration from the actress herself when designing the gown.

"I wanted to highlight Amanda's personality with this dress, which gives shape to passion. Finely-pleated, it forms into a petal shape like an upside-down flower, enhanced by a hibiscus red hue," Armani was quoted by the publication as saying.

The Mank star showed off her cleavage in the jaw-dropping red gown which is a "great contrast" to the black-and-white film "Mank."

"The style looks as though it could float away," she was quoted by KPVI. 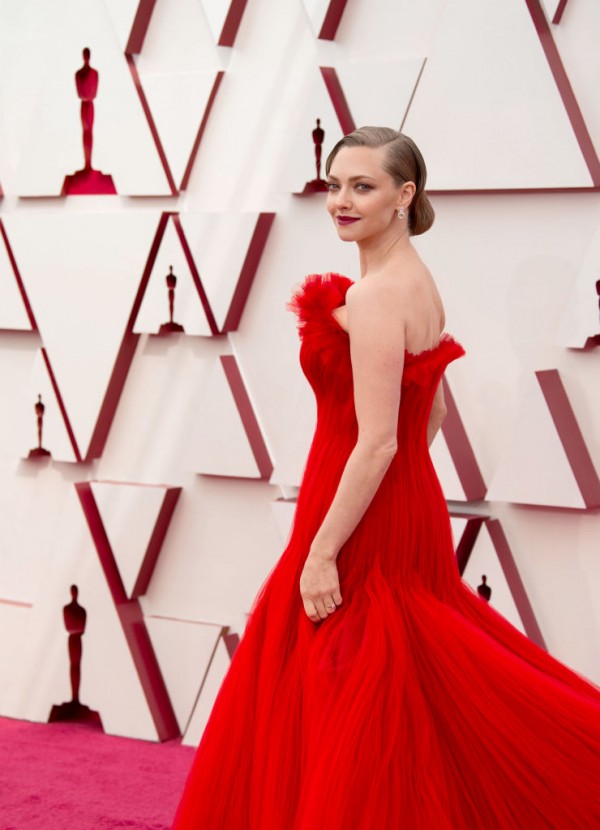 Maria Bakalova from Borat Subsequent Moviefilm, Olivia Colman from The Father, Glenn Close from Hillbilly Elegy, and Minari's You Yuh-Jung were all nominated in the same category as Seyfried.


The Academy Award for Best Actress went to Korean actress You Yuh-Jung in the end.