According to The Sun, Her Majesty's new puppy which was given to her for comfort while the Duke of Edinburgh was in the hospital in Feb. has passed away recently.

It was only five months old.

The dorgi was named Fergus and it was one of the two dogs adopted by the 94-year-old in Feb. after Prince Philip was admitted to St. Bartholomew's hospital.

Queen Elizabeth II, who is still grieving by her husband's passing last Apr. 9 at the age of 99, is reportedly "devastated" by her latest loss.

The outlet revealed that Fergus and the other puppy, Muick, were walked by the Queen almost every day at the grounds of Windsor Castle to keep herself occupied as she mourned her husband.

The two dachshund-corgi crossbreed puppies were said to be gifts from Prince Andrew, the Duke of York, as a surprise. 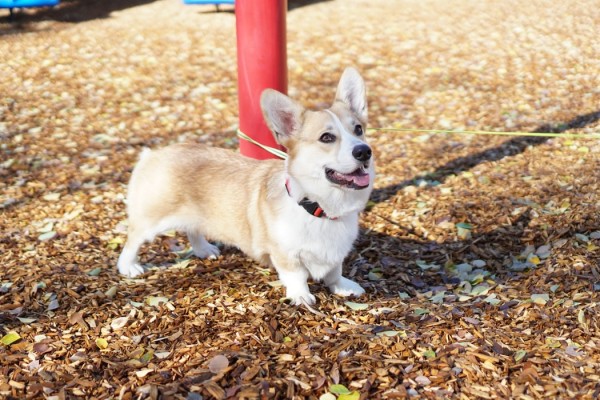 An insider revealed to The Sun, "The puppies were brought in to cheer her up during a very difficult period."

Another insider told the Telegraph that the new puppies were a "welcome distraction" for Her Majesty and had taken on even "great significance" since the death of the Duke of Edinburgh.

Walking her beloved pets was reportedly the monarch's way of "coping with misfortune and great unhappiness."

Those close to Queen Elizabeth II were reportedly concerned and upset that her puppy's death comes after losing Prince Philip.

Aside from the two losses, she also had to deal with problems involving her grandson, Prince Harry.

READ ALSO: Ellen DeGeneres Net Worth, Salary 2021: Where Does She Spend Her Money On?

While Queen Elizabeth II grieves and deals with her problems with the Duke of Sussex, she also received great news about granddaughter Princess Beatrice.

In a palace statement issued on Wednesday, Her Royal Highness Princess Beatrice and Mr. Edoardo Mapelli Mozzi are very pleased to announce they are expecting a baby in autumn of this year."

The statement also mentioned the monarch's reaction to the news and the happiness shared by the couple's respective families, adding, "The Queen has been informed and both families are delighted with the news."

However, the Palace didn't say what stage of pregnancy Princess Beatrice is currently in or what the gender of her baby will be.

READ MORE: Bill and Melinda Gates' Divorce May Be A Blessing For Their Kids - Here's Why

Royal Trouble: Queen Elizabeth To Be Removed As Jamaica's Head of State? [REPORT]

In an episode of Netflix's 'Explained,' produced by Vox, an author says it's ridiculous in the 21st century for the Queen of England to rule Jamaica.

Prince Harry became part of a documentary to remember and celebrate his grandfather, Prince Philip.

Queen Elizabeth II revealed the future of the monarchy without her.

A royal expert said The Queen is embarrassed of her son for hiding under her tartan skirt at the Balmoral after Virginia Giuffre's team attempted to serve him legal documents several times.

Prince Andrew is almost at the end of the line.

As Prince Harry celebrates his 37th birthday, members of the royal family took to their social media accounts to send him a warm greeting.

Royal commentators said that Meghan Markle might be more significant than the entire British monarchy.

Prince Charles' reputation is reportedly 'suffering' because of his mother's immense popularity, making it hard for him to fill in her shoes when he succeeds to the throne.

Perhaps Prince William or Prince Charles will be the last two of the royals to become king.