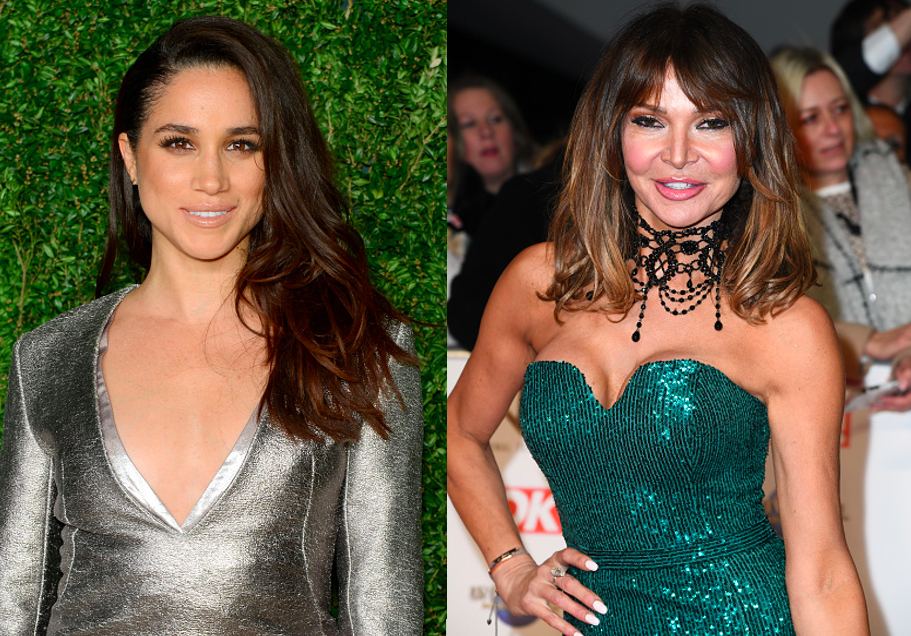 However, that may not be the case.

According to the Duchess of Sussex's former pal, she was the inspiration behind her daughter's new name.

Socialite Lizzie Cundy is very vocal that she was once chummy with Meghan Markle, who was, at the time, an actress.

She claims that Her Majesty's 11th great-grandchild got the nickname "Lilibet" because of her and not because of the Queen.

The 53-year-old told OK! Magazine, "I was called Lilibet. It's short for Elizabeth. It was my nickname at school."

She continued, "Thank you, Meghan. You ghosted me. And now you're calling your child after me. I appreciate it."

She also said that upon hearing Prince Harry and Meghan Markle's baby's name on the radio, Lizzie was shocked. "'That's my name!'" she reportedly yelled.

"I haven't been called it for weeks. I was quite shocked by it because it's an unusual name."

The party-girl somehow believes that with the Duke and Duchess of Sussex choosing "Lilibet" as their daughter's first name, Lizzie thinks it's "her way of reaching out."

All in all, she did wish the couple well and believes that the name is "wonderful."

Lizzie Cundy became friends with the former "Suits" star in 2013 after accompanying her to a charity dinner.

She revealed the things she did with the California-born actress-turned-producer, telling The Sun, "We were having a girly chat and then she said, 'Do you know any famous guys? I'm single, and I really love English men.'"

But when Meghan Markle became engaged and was about to marry Prince Harry, she pushed Lizzie to one side.

Their friendship reportedly turned sour. Upon hearing of Meghan's rendezvous with the blue-blooded man, Lizzie immediately texted her friend, saying, "'Oh my god. I heard about Harry,' and she was like, 'Yeah. I know. We'll try and hook up.'"

Lizzie Cundy coming after Meghan so savagely ONE YEAR after these fan girl posts is embarrassing🥴 What’s wrong Liz? Mad cs you didn’t get a more recent photo op with your ‘friend’? 😢😶 #60minutesaustralia pic.twitter.com/1VcMkUwClg

In the touching statement, they said that the name was a tribute to Prince Harry's grandmother, Queen Elizabeth II and her late mom, Princess Diana.

According to several publications, the Duke consulted the Monarch over the choice of the name, a claim that a royal insider later contradicted.

Now, however, the Sussexes' legal team insisted that anything to suggest the dispute was deemed defamatory.

It also seems impossible that Lizzie Cundy is the inspiration behind the second Sussex child because she doesn't seem to be important to either Meghan Markle or Prince Harry.