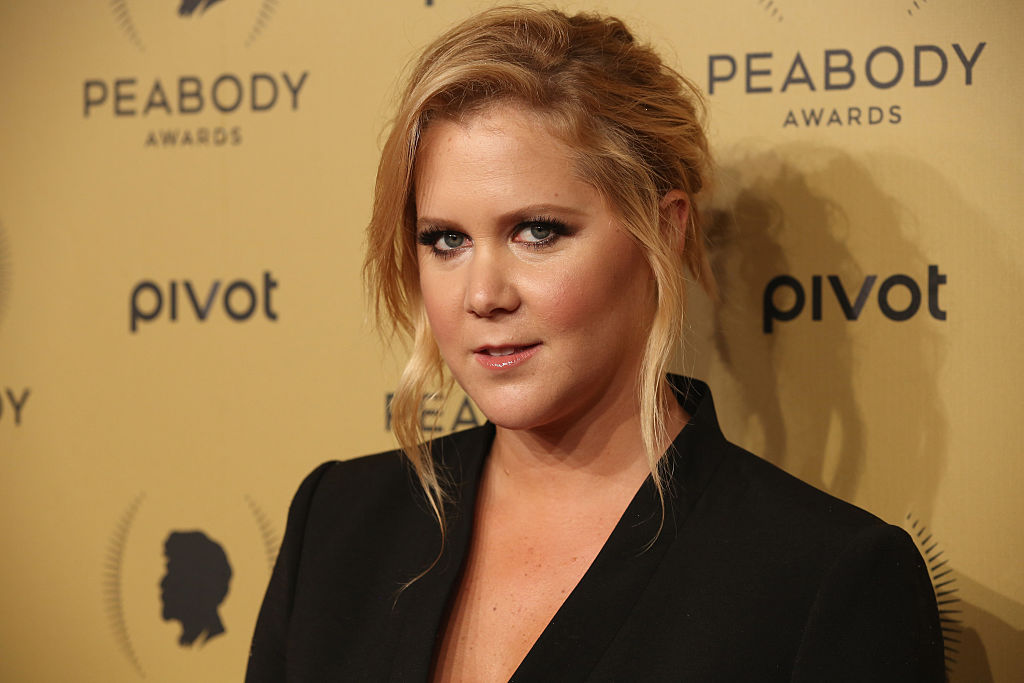 Amy Schumer recently took to Twitter to react to a photo that shows a woman with a teardrop tattoo who looks exactly like her.

It all started when "Celina 52 Truck Stop" in Dale Hollow Lake, Tennessee, posted a picture that shows a "Big Rig truck driver" named Amelia. Shortly after it was published, fans quickly noticed the similarities between the truck driver and Schumer.

Amelia appears to have a teardrop tattoo which was explained by the truck stop Twitter account, "Prize winner Amelia wanted us to point out that her teardrop tattoo is not because she murdered anyone." they wrote.

"She accidentally killed a pedestrian once after falling asleep at the wheel and got the tattoo to honor their memory." (check out the viral tweet below)

Prize winner Amelia wanted us to point out that her teardrop tattoo is not because she murdered anyone.

She accidentally killed a pedestrian once after falling asleep at the wheel and got the tattoo to honor their memory. pic.twitter.com/Yb2fCibxLS

The tweet, which was posted on Thursday afternoon, garnered almost 18,000 likes and 6,000 retweets at the time of this writing.

Amy Schumer herself, later on, reacted to the viral post. "Wait, what's going on at a truck stop? -me," she wrote with a sad face emoji.

READ NOW: Sir Kipsta 'Graphic' Cause of Death Detailed: Youtuber Withstood 7 Hours of Operation Before His Heart Gave Up

"Whatever this Amy Schumer movie is called, I don't want it." one user wrote.

"Just glad that Amy Schumer was able to find work during this pandemic." another user tweeted.

One user even pointed out that the account was a marketing stint to promote the actress. "I'm guessing this whole account is a promotional account for an Amy Schumer movie. The accounts were all created in Jan 2021 (Twitter/Facebook/Web), and the whole account is filled with hilarious posts." the user wrote.

Another user also noticed that the photo might be edited. "As an artist who does photo editing, before even reading the caption, this looked strange. I don't think the lighting on the face should be so bright." another user tweeted.

Is the truck stop an actual location?

Following the viral post, Snopes published an article stating the gas station where the photo was taken fake all this time.

According to the report, "Celina 52 Truck Stop" is listed as a satire/parody site on Facebook. The said account is a parody page that sells funny t-shirts and other merchandise.

However, Danny Brine, a man who claims to work at the gas station, spoke to  New York Post about the situation. He told the outlet that the story, as well as their truck stop, is real.

He claims that their place has been around since the 1980s.

READ ALSO: Kate Middleton Confesses ONE Thing Her Children Dislike About Her So Much and Annoys Them When She Does This