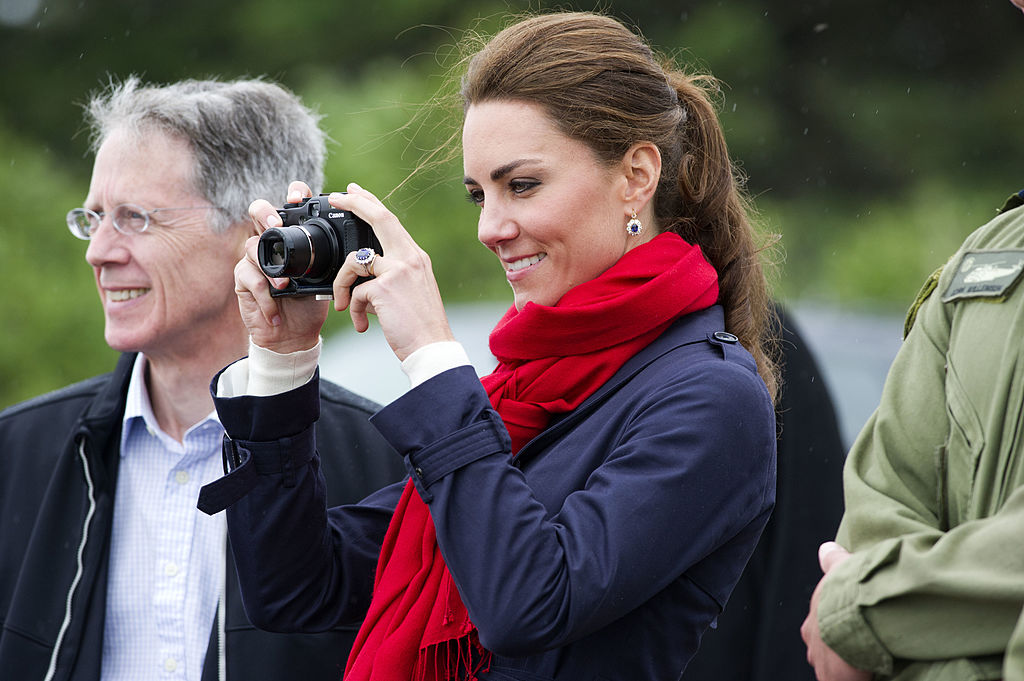 The Duchess of Cambridge Kate Middleton must be a huge photography enthusiast, yet Prince George, Princess Charlotte, and Prince Louis do not always like the idea of taking photos.

According to Mirror UK, Kate Middleton says her three children sometimes tells her to put the camera down, confessing during a phone call with a lucky fellow enthusiast in her "Hold Still" photography competition.

The Duchess reportedly talked to Ceri Edwards in a phone call celebrating their entry into the competition close to her heart. The photography entry of Edwards contains her daughter, Poppy, hugging her father, Mark, before he started his shift as a paramedic in Newport, South Wales.

The 39-year old Princess went on to say Ceri's image stood out.

Kate asked if she was a photographer. Ceri said, "No. Well, Mark would say otherwise just because I do take a lot of pictures of the family."

The contestant also replied, "I know, but I love it. I love looking back. I think when you have children, time seems to go into warp speed, really, and it's just a lovely thing for me.

"You look back and see how much the children have grown," the phone call can be found on their YouTube channel "Duke and Duchess of Cambridge" early June 10, and Kate admits the royal children can quickly lose patience when being snapped by her.

Other than that, People also reported the said conversation saying the Princess also got a chance to talk to Poppy, who starred in her mom's photo. "I loved seeing your big cuddle to your daddy," Kate told her.

"Cuddles are very, very important. I bet your daddy took that with him, and it helped him all the way through his day at work." Poppy responded politely, "Thank you. I was so scared about that he would get the corona."

She said it showcased "strength, courage, and resilience," and "tenderness and importance" of a family.

The Duchess said, "It's such a sensitive and tender moment between a father and a daughter."

A post shared by Duke and Duchess of Cambridge (@dukeandduchessofcambridge)

"These simple moments have impacted so many and really resonated with so many across the country so thank you for sharing your photograph and your story."

Also mentioned by the same article, the Duchess of Cambridge is often behind birthday portraits of her children and other family moments.

Following the death of Prince Philip in April 2021, the royal family shared a never-before-seen image of Queen Elizabeth and Prince Philip along with her great-grandchildren that Kate took in 2018.

Longtime royal photographer Arthur Edwards recently said he is a "great admirer" of Kate's skills behind a camera, pointing to a one-snap-shoot in particular.