The Irish songwriter, composer, producer, and multi-instrumentalist returns with a five-track EP, featuring the title track in four reworks or separate reinterpretations of the eponymous "Sióg," which roughly translates to "Fairy" in english. 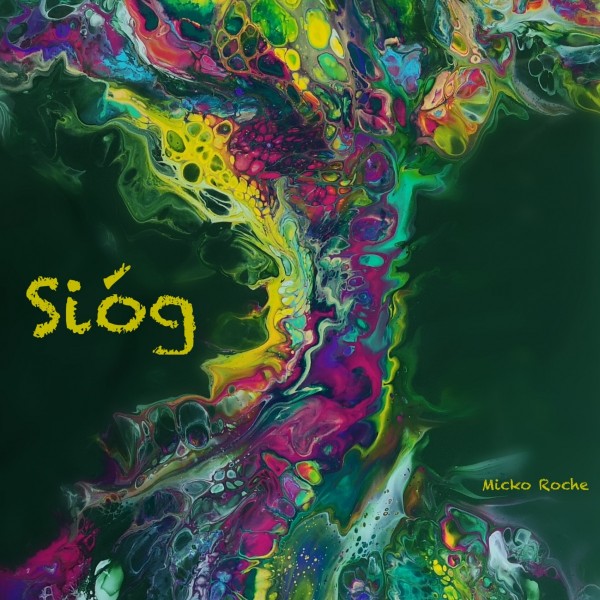 Roche got the idea for a unique ambient experience from a piece of music titled "The Dance of The Fairy," a piece he previously composed for a contemporary dance-based adaptation of a children's book. Now, he breathes new life into the mythical creature with five tracks each being a musical representation of a stage in the life of a fairy.

The first track, "Sióg (Tús)," is a "stripped back ambient piano version" derived from the original piece, representing Dawn, or the dawning of a new life. It is immediately followed by "Sióg (Saol)," which provides an increasing energy thanks to Kaya Keating providing the violin accompaniment, perfectly capturing Life, or the freedom of living.

By the third track, audiences feel a sharp contrast with "Sióg (Contráth)," reworked by Jessie Roche to represent Dusk, or the twilight of life. Featuring a slight electronic remix, it serves as the pivot of the entire EP with its uplifting and soothing rhythm that harmonizes perfectly with Jessie's immaculate vocals. The fourth track, "Sióg (Fáigáil)," captures Departure in an ambient piece that serves as the denouement to the fairy's life. It was done by John Haggis from indie bands Speckled Doves, Band of Clouds, and Emperor of Ice Cream, who wrote and performed a melancholic ambient piece: "The Last Goodbye."

As a bonus to the listeners, Micko Roche has also dropped "Sióg (Fágáil) The Last Goodbye ( Alternative,extended version)," where Haggis adds soaring guitar riffs as well as an extra chorus for an ended departure, giving a beautiful touch as the EP's final piece.

Aside from the guest artists on the EP, Micko Roche himself played every instrument in all five tracks. "Sióg" was also recorded in his home studio, where he also worked on its production, mixing, and mastering. Roche releases "Sióg" on My.Co Records, with the EP artwork done by Cristina Zein Vera.

Rising as one of Ireland's most unique artists and producers, Micko Roche has garnered the support of other musicians such as Jose Padillia, Coco, Chris, Blank & Jones, and Pete Gooding. The Waterford, Ireland native carves his own path in the music industry with his own blend of chilled out grooves and live instruments, fusing them together to create  a unique and soothing Balearic experience.

With his extensive experience in live performance, touring across Ireland and the UK, Central Europe, and Scandinavia with his Irish traditional crossover group "The Butterfly Band," and earlier with the psychedelic rock band The Madrigal.

Tags: new album Indie Ireland
© 2022 EnStars.com All rights reserved. Do not reproduce without permission.
Most Popular
You May Also Like