An insider told Life and Style magazine that the "Once Upon A Time in Hollywood" star has been shading the "Maleficent" actress to his friends, even telling them that the past five years of his life have been an absolute hell because of her.

"He blames Angie for being relentless, going after him at every turn," according to the insider.

"He'll get a leg up, a small victory in court and she'll knock him back down. It can be depressing and makes him powerless."

This is also because Angelina hasn't stopped fighting to get sole legal and physical custody of their kids, Pax, Zahara, Shiloh, Knox, and Vivienne.

Meanwhile, all Brad wants is to have joint custody of them, even hoping that things would finally be sorted months ago, but up to this day, that hasn't happened.

The insider also added, "They seem to get really close to ending their legal battle, but then Angie balks over something and there's another setback for Brad. He just wants it to end."

The "Ad Astra" actor reportedly longs for the day when he and his ex-wife can be civil.

But if he and the "Tomb Raider" star have a highly complex relationship, the same can't be said about Brad Pitt's ex, Jennifer Aniston.

Despite leaving her for Angelina Jolie, Brad Pitt has a good relationship with the "Friends" star that they managed to be on good terms throughout the years.

In fact, Jennifer said they are "buddies" and confirmed that they talk to each other now and then. 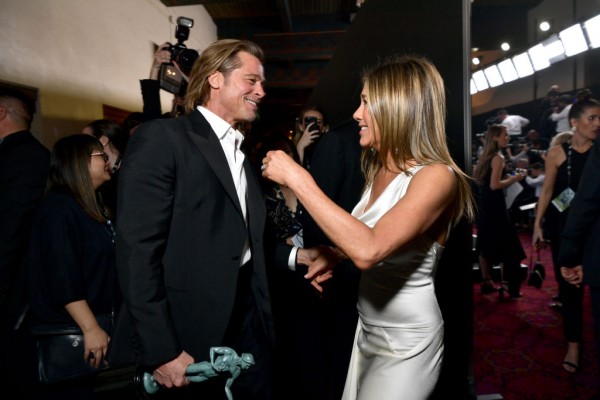 Angelina Jolie spoke about her divorce and the legal battle with her ex-husband.

In an interview with The Guardian, the 46-year-old humanitarian said that she isn't the kind of person who "makes decisions like the decisions I had to make lightly."

She confessed, "It took a lot for me to be in a position where I felt I had to separate from the father of my children."

When she was asked by the publication how the last five years of her life have been, the award-winning actress said, "I mean, in some ways, it's been the last decade. There's a lot I can't say."

Though Angelina Jolie keeps her mouth shut about what she wants to say about her ex, it's best to take Life and Style's report with a grain of salt. Perhaps Brad is also bound by legalities on speaking against his ex-wife in public.