Halloween is upon us once more dear readers and there is no better holiday to turn off the lights, gorge ourselves on fun size candy bars, and watch something scary. But if you're tired of the usual blood soaked slasher flick you've rewatched a million times over, may Enstarz suggest watching a black and white horror movie. There is something special about the absence of color which adds a creepy tone to an already spine tingling tale that relies more on a dreadful tonality over the usual gore heavy standards. Here are a few black and white horror films to shake up your All Hallows Eve and they are all available to stream. 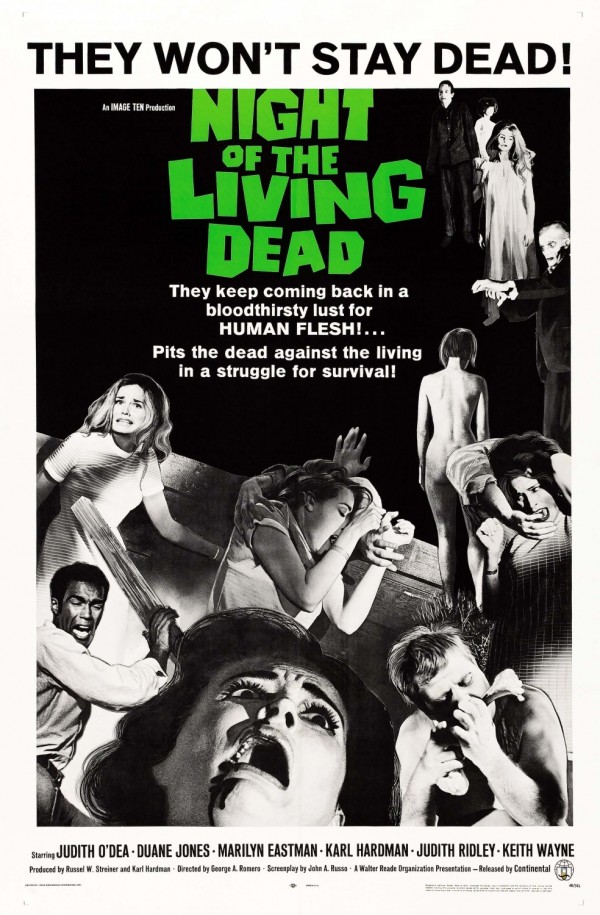 Director George A. Romero became more than just an icon of horror when he created one of the most popular genres to date, with this zombie classic . He was a trailblazer by using social commentary to show how humans can be scarier than the monsters banging on your front door. Night Of The Living Dead tells the story of a group of strangers tapped in a secluded Pennsylvania farmhouse during a zombie outbreak. The characters range in age, gender, and, most importantly, race, which causes a series of conflicts between them in terms of how to deal with their predicament.

Tempers flare as the level headed Ben, the lone Black member of the group, struggles to convince Harry, an older bigoted family man, to listen to his suggestions on how to survive the night. Wrought with slow burning tension, Night Of The Living Dead has an almost stage play dynamic which allows the zombies to work as a catalyst for a deeper narrative about humanity as a whole. A classic, through and through, many of these elements have bled into our modern zeitgeist with popular properties like The Walking Dead.

Due to some ownership rights, the film is available on pretty much every streaming service. 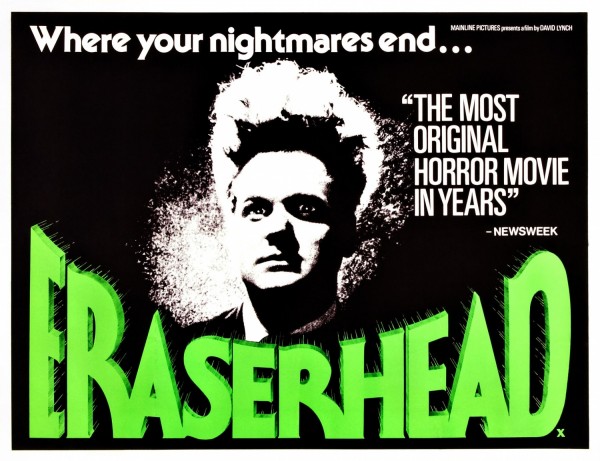 If you're looking for something COMPLETELY off the beaten path, you can't go wrong with David Lynch. Known for his surrealist imagery and offbeat storytelling, Eraserhead was the film that put him on the map.

The film tells the bazaar story of Henry Spencer, an odd man living in a grimey industrial area, who is trying to deal with his irate girlfriend and their mutant newborn baby. The narrative is more of an experience than a straight forward story, plunging the viewer into the depths of despair surrounding Henry. An acquired taste, for sure, Eraserhead is an interestingly moody introduction to the world of David Lynch.

This film is streaming now through HBO Max.

One of the more problomatic titles on this list, Director Tod Brownings' Freaks needs to be watched with consideration to when it was made. Controversial in its approach, the story revolves around a conniving and beautiful trapeze artist who feigns interest in a little person who runs a traveling circus, complete with a freak show. The close knit band of disfigured performers soon discover that their beloved boss is being conned by the woman in order to steal his inheritance.

Directed by the auteur behind the classic Bela Lugosi Dracula (1931), Freaks might be a tough watch for some, so be warmed, and the final act will stay with you for years to come. As stated earlier, this film has its issues given the folks in the sideshow are actors with actual physical ailments, though the overall staging of the events unfold in a profoundly affecting way.

Freaks is available to stream through HBO Max and Hulu Premium. 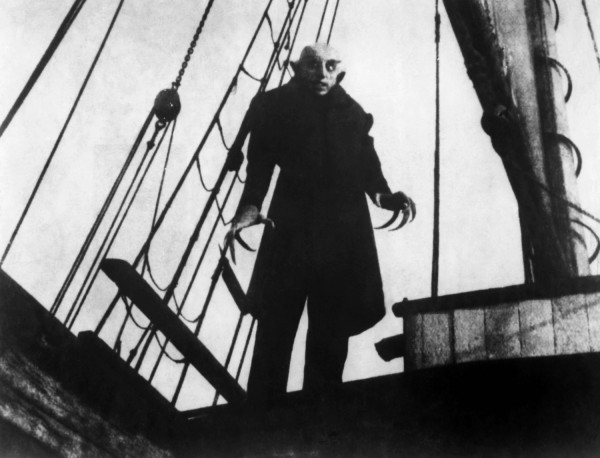 Now for the granddaddy of all vampire films, F.W. Murnau's silent era classic Nosferatu. This is a must watch for anyone who likes a deep dive into cinema history. Based on the novel Dracula by Bram Stoker, Nosferatu is as creepy as it is groundbreaking.

Considered the most famous example of the German Expressionist movement, Nosferatu captures the feeling of dread and dismay that so many filmmakers use today. From sets, to lighting, and most impressively, creature design, the character of Graf Orlac, with his gnarled, elongated fingers and sharp fangs, is an image that has burned itself into the public consciousness to this day. Often spoofed by movies such as What We Do In The Shadows, Orlac is an ever present figure in the world of horror.

This title can be found streaming free on Tubi, Pluto TV, AMC+, and Filmbox.

After a drag racing accident sends two cars into a river, Mary, the lone survivor of the crash, is found traumatized emerging from the water some time later. Trying to move on with her life, she takes a job as an organist at a church in a new town. She is soon visited by images of a ghostly figure who sends Mary into a state of madness as she faces her unaddressed demons, all

Moody and relentless in its pursuit to unnerve, Carnival Of Souls does well to unease the audience with minimal, yet effective, images that are sure to get under your skin.

The oldest film on our list, the German Expressionist movement strikes again with silent masterpiece The Cabinet Of Dr. Caligari. Dark and impactful in its execution, the film tells the story of a traveling hypnotist who commits murder through one of his subjects, a somnambuist (sleepwalker) named Cesare.

What makes this so terrifying is the concept of being controlled at one's most vulnerable state to enact another's evil bidding. Directed by Robert Wiene, this is another in a long line of films that are considered classics for a reason.

The Cabinet Of Dr. Caligari is available to watch on Tubi and AMC+. 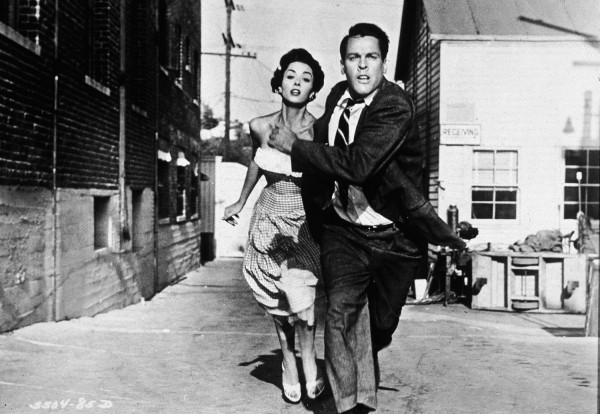 Invasion Of The Body Snatchers (1956)

Another allegory for the human condition in the guise of horror, Invasion of the Body Snatchers brings to light our fear of trusting others to a whole 'nother level. Based on a magazine serial by Jack Finney, the film is about a small-town doctor who discovers that those closest to him may actually have been replaced with alien replicas bent on taking over the world. Retold several times over the years, Invasion Of The Body Snatchers was originally a look at the early years of the Cold War when Americans were quick to believe that Communists were infiltrating towns around the country in order to take down the USA.

Steeped in conspiratorial storytelling, the idea of those closest to you being not who you think they are, sparks a deep rooted fear in the audience in a manic, sanity questioning way that makes a true impact once the credits roll.

Available to stream on Amazon Prime, Paramount+, and Pluto TV.

The newest film on our list is The Lighthouse starring Willem Defoe and Robert Pattinson. Directed by Robert Eggers, this tale of isolation and insanity is sure to give you all the creeps. Two lighthouse keeps, one of them being an old salt at the job and the other just starting out, begin to find their minds unraveling as they are cut off from the world when they are hired to tend a secluded lighthouse.

The acting is spectacular by the leads of the film, letting Defoe and Pattinson flex with every scene. The choice of black and white adds a much appreciated tone of depression, while visually enhancing the starkness of their situation. An oddity for sure, The Lighthouse is a bleak, yet captivating look at the horrors of solitude.

The Lighthouse is available to stream on Prime Video.

Tags: halloween Horror Movies streaming
© 2021 EnStars.com All rights reserved. Do not reproduce without permission.
Most Popular
You May Also Like

The final trailer for 'Halloween Kills' has been released and it shows survivors from the 1978 film trying to stop Michael Myers from his killing spree.

Scary! 3 Johnny Depp Horror Films You Should Watch This Halloween

Just so you know, Johnny Depp's horror films exist. So before Halloween 2020, here are three of the best thriller movies starring Depp that you should watch to satisfy your spooky cravings.

Last Halloween, LeBron James dressed as Jason from the "Friday the 13th" movie. This year, he is channeling his inner Johnny Depp.

Our favorite Kar-Jenner members celebrated a week-long Halloween season with different costumes, dressing up as Hollywood icons, movie characters, pop stars and so much more.

Danny Elfman, who actually wrote all the music and scores for the 1993 film, finally setlled the long-running debate.

Nobody does Halloween better than Heidi Klum.