Luke Bryan is ready to rock his big debut as CMA host or the 55th Annual CMA Awards, and we have no doubt all will go well... so long as no cat fights break out!

As a two-time CMA Entertainer of the Year winner, touring giant, American Idol judge and constant hitmaker, Luke has lots of experience rolling with the punches. Constantly living his life in the spotlight, nothing rattles the Georgia native... well, almost. 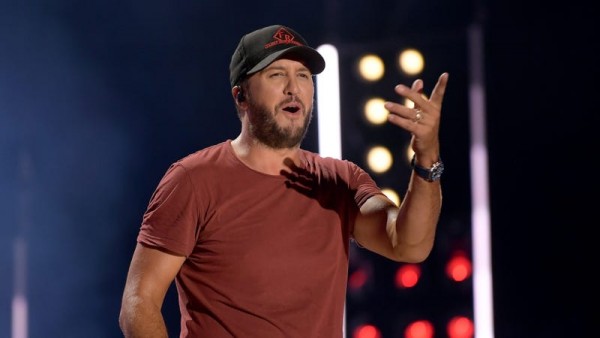 "He's gonna kill it, he's perfect for that," Runaway June's Naomi Cooke told Audacy's Katie Neal of Luke taking the CMA Award stage as the first solo host in 18 years, "Like, nothing can go wrong with Luke on stage."

"Unless there's a cat fight!" The trio's Jennifer Wayne chimed in. Allow us to explain...

Runaway June, who recently wrapped touring with Luke on his Born Here Live Here Die Here tour played the ultimate prank on Bryan as they staged a cat fight during the last performance of the run and let's just say, Luke was ROCKED.

"There is one way to throw him off and we know what that is, we figured it out!" Laughed the trio's Natalie Stovall, who played a large part in the prank as she "took over" vocally during a part Naomi typically sings.

"He was rocked, he was completely rocked," Naomi laughed. "He really thought that we broke up on stage. Like, he thought that the band was done. It was amazing."

She continued, "He told us after, backstage, he was like, 'And the best part about it was that y'all don't even know, it ruined the rest of the show! I couldn't recover.'"

So what does Luke have to say about all this?

"Yeah, they got me. They got me good," he laughed, recalling the prank with Audacy's Coop. "I mean, Naomi had always performed this one part, but then Natalie jumped up there, jumps on her part. They had spent some time working on it, but I was out there like, 'well, Runaway June, they're done!'"

Don't think cat fights are anything Luke has to worry about as all Country artists are excited to get together to celebrate Country music's biggest night. For him, he's focused on being himself and having a great time and being Luke Bryan... we have no doubt all of those expectations will be met!

Tags: luke bryan cma awards Music
© 2022 EnStars.com All rights reserved. Do not reproduce without permission.
Most Popular
You May Also Like

"American Idol" judge Luke Bryan has shared the most heartwarming part of being a COVID-19 survivor.

Hunter Metts, one of the top contenders of this season's "American Idol," forgot the lyrics to the Oscar-winning song "Falling Slowly" from the 2006 movie "Once."

"American Idol" judge Luke Bryan was absent from the first live episode this season after testing positive for COVID-19.

2020 People's Choice Awards Prediction: Who Is The Best Country Artist of the Year?

Making this 2020 People's Choice Awards prediction for best country artist is no easy feat, more so when every year, almost the same artists keep being nominated.

It looks like Katy Perry is facing a dilemma after her fellow "American Idol" judge Lionel Richie opened up about being offended for not getting an official invitation for the singer's wedding to his fiance, Orlando Bloom.

Singer Luke Bryan joked that he would happily unite Blake Shelton and Gwen Stefani in holy matrimony! The couple, who have been together since 2015, have reportedly spoken about getting married soon, but Shelton has yet to pop the question.

Ben Isaac Glaze said that Katy Perry did not sexually harass him when she kissed him during his American Idol audition. Instead, the contestant said he feels honored to have been kissed by the singer.