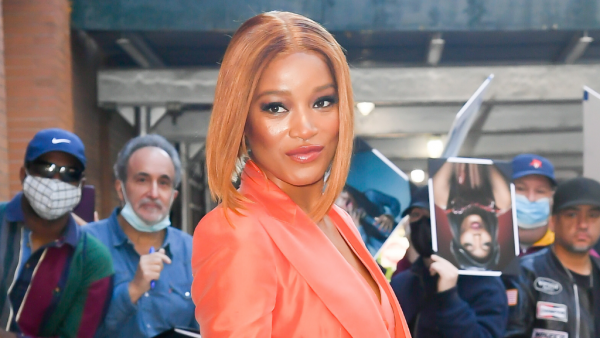 Keke Palmer is doing it all, man.

Since starting out as a kid sensation in Akeelah and the Bee, then a teen actor on True Jackson VP, Keke Palmer has been very busy - her IMdB page is a literal host of credits (including hosting credits, ha).

But conquering that sheer volume of projects isn't enough to satisfy a go-getter like Keke - she's got too much energy to be stagnant. Even as she was working on Scream Queens, she was inventing a new character - Lady Miss Jacqueline - that would earn her a cult following on Facebook. This cute little video series eventually turned into Southern Belle Insults, adding a number of characters as it went and eventually becoming its own little miniseries.

In fact, Palmer and her fans found the story so compelling that she decided to turn it into a book of short stories - turning her into a short fiction author, on top of everything else.

Perhaps the reason Palmer is such a renaissance woman when it comes to the art of storytelling is that she absorbs so much of it. When she sat down with Interview Magazine to talk about her new books, the Southern Belle Insults series, she explained that she is known to be a binge-watching fiend.

"When I was doing Nope with Jordan Peele, he would always laugh at me for that and talk about how I was always really into all the new movies. He called me Red Box Girl because I'm always watching something."

So what exactly is it that Keke's watching that keeps her creative mind so sharp? Don't worry, we've got the scoop on the three most important items on her recent watchlist:

"Lately, I've been watching Locke & Key, and that's been keeping me going."

Oh my gosh. I finished [You] so quick, I hated myself. It was to the point where I'm like, "Can I have the next season now?"

(She also quickly clarified: "I love how it ended. It gave me something to feel interested in. This is the kind of show that can easily become dull and dry, but they won't let it. They keep going somewhere new.")

"I did recently watch The Many Saints of Newark. It was pretty good. I enjoyed it."

So if you want to see what all this TV and movie curation has inspired, check out Palmer's series of short stories on Amazon. You can read the full Interview Magazine chat with her here.

Tags: keke palmer Jordan Peele
© 2021 EnStars.com All rights reserved. Do not reproduce without permission.
Most Popular
You May Also Like

Keke Palmer shared a rare video of Met Gala's food served to hundreds of celebrities but fans are not having it.

It would seem that the fire that the whole world saw between "Confident" singer Demi Lovato and "The Bachelorette" star Mike Johnson is over!

Seeing Sid, Diego, and manny gets their fur poofed is the best part!

It was all greased lightning last night, as Twitter tuned in (and spoke out) about the best and worst parts of FOX's 'Grease Live' extravaganza.